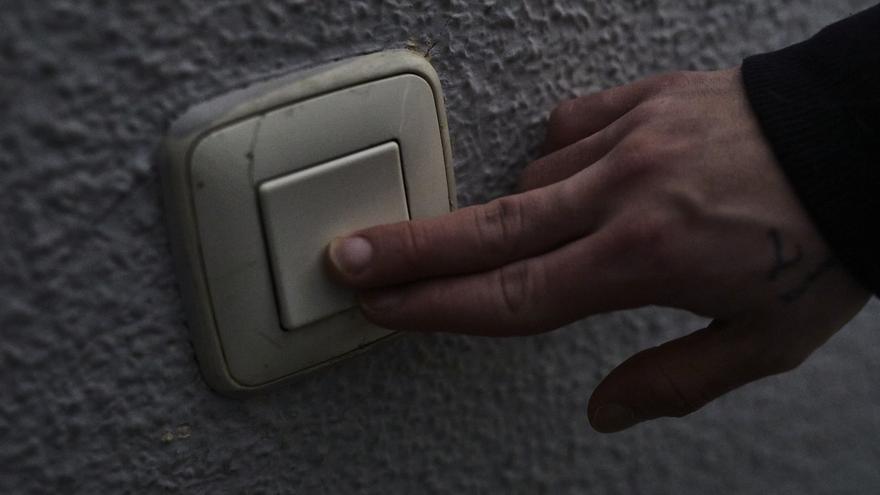 The number of domestic consumers benefiting from the so-called free market electricity "offers" advertised by electricity companies, more expensive than the semi-regulated rate of the Voluntary Small Consumer Price (PVPC), set another record in January, after the previous price spike that accompanied the wave of cold that followed the arrival of the storm Filomena.

According to the latest Bulletin of Electrical Indicators of the National Markets and Competition Commission (CNMC), published this Wednesday, in January there were 16.14 million customers in the free market with up to 10 kilowatts (kW) of contracted power, compared to to the 10.69 million supplies covered by the PVPC, a new low. The free market, the one promoted by companies, thus already accounted for 60.2% of the total of that band. More than 90% of Spanish households are in it.

The number of consumers that appears in that newsletter is an average of every day of the month. The data for January, the latest available, reflects the effect of the sharp rise in prices in the wholesale electricity market in the first days of 2021. The conclusion is that, if there was a 'Filomena effect', it was in favor of the transfer to the offers that companies promote, with higher margins for them.

The pandemic and the great seclusion caused the average prices of the wholesale market to sink in 2020, but in 2021 the pool began a first escalation that peaked on January 8, with a peak of almost 94 euros per megawatt hour, the second most high in history after 103.76 euros on January 11, 2002. The spiral has been reactivated in the last month and the pool has touched this week to the level of January; for this Thursday, the average price is 93 euros MWh.

The escalation, unprecedented for the month of June, has caused a new political storm and friction within the coalition government. It is explained by the rising cost of emission rights that mainly support gas plants, which are the ones that end up setting the price due to the marginalist design of the market, although the fourth vice president and minister for the Ecological Transition, Teresa Ribera, has asked the CNMC to analyze "any possible irregular behavior "of the electrics, as on the other hand the body must do its job.

The bullish rally at the beginning of the recovery has intensified coinciding with the entry into force of the new invoice which penalizes consumption in the hours with the highest demand and after the Government announces a draft to stop the so-called "benefits fallen from the sky" hydroelectric and nuclear power due to the increase in CO2 costs which, according to the electricity leads to the closure of reactors.

Faced with the lack of control of prices, or "exorbitant" rise, as defined on Wednesday by the Prime Minister, Pedro Sánchez, and with a bill that in June can break all records, Teresa Ribera announced Wednesday in Congress that she is studying the "suspension" of any tax figure "on an exceptional and provisional basis"to" facilitate "consumers" to face "this increase in costs." It is not ruled out that in a tense situation like this we have to go back to doing what we already did at the time, "he said, without citing any tax figure in concrete.

Ecological transition In 2018, it already suspended the 7% tax on electricity generation for six months, a measure that the Facua consumer association considers insufficient because "it will reduce the bill a little more than what a coffee costs" and "it is not the solution to the problem."

The latest CNMC bulletin also reflects a timid increase in the number of users benefiting from the social voucher discounts, with 1.1 million supplies received as of January 31, although it has not yet recovered from the crash that suffered in September, after the end of the automatic extension of the discounts that was in force during the toughest months of the pandemic. The Government has pending reform of this bond, which Ribera said in Congress in January should benefit only "who need it most", in what was interpreted as a threat to withdraw it from large families with the highest income (it is granted to this group without discriminating their income).

The social voucher is a discount applied to the PVPC, which despite being the cheapest rate, has been in decline for years: when it was launched in April 2014, it had received 14.54 million households, 3, 85 million less than in January this year. It is the modality that the so-called reference marketers are obliged to supply, including those of the big five in the sector in Spain. It is indexed to the hourly price of the pool. This makes it more sensitive to market swings like these days.

However, in the long run, PVPC is the option that most compensates users. As it explains Ecological transition, "without small print or additional services", the PVPC "represents savings compared to any other contracting modality, considering as energy price that which results directly from the production market and not incorporating any cost for price assurance". It is also the option recommended by consumer associations such as Facua or the OCU. Also experts such as the former president of Red Eléctrica Jorge Fabra.

"I recommend always staying at the PVPC"said in a recent interview the also former CNE or CSN counselor. In Fabra's opinion, the electricity marketers" do not contribute anything at all: they are a 'call center' in Marrakech that does the bill, does not intervene to nothing neither in industry, nor in commerce, nor in the economy. He is one of the most pernicious figures in the organization of the market. There is talk of the retail market, but that is done by the fruit vendor who goes to Mercamadrid at 6 in the morning, chooses the fruits for his customers and places them on his counter. That does not exist in the electricity sector, where the distributor, not the marketer, takes the electricity to the bedside table ".

In 2020, as the CEO of Endesa, José Bogas, explained in December, the collapse in wholesale prices made the PVPC go even more on account and even the transfer of consumers to the free market was punctually halted. There was a significant departure of domestic customers to the regulated rate for the first time in many years, because "rightly", in Bogas's expression, they saw that the fall in the pool price made this option even more attractive.

It was in January, just before Filomena's arrival, that the CNMC published its latest Supervision report on the retail electricity market. With data from 2019, the document explained that in that year the average price of electricity for a consumer covered by the PVPC was reduced by 7% compared to 2018 and was "around 17% lower" than the average of the set of free market trading companies. These raised their prices on average by 2%.

We will have to wait a few months yet to find out if the new rate for time slots intensifies the transfer of consumers to the free market. As the CNMC explains, the new pricing "affects all domestic consumers with up to 15 kW of power. It does not matter if they are in the free or regulated market."

If you are in PVPC, the marketer must apply the new prices established for the terms of power and energy with the new time sections (peak / flat and valley). If it is in the free market, the trading company must adapt the contract price to incorporate the difference in regulated costs. You can adapt it to the new periods or maintain the sections that the consumer had previously agreed in his contract (fixed price all day, different prices during the week / weekend ...), "transferring to the price the difference in costs that would result for their consumption profile ", recalls the CNMC.