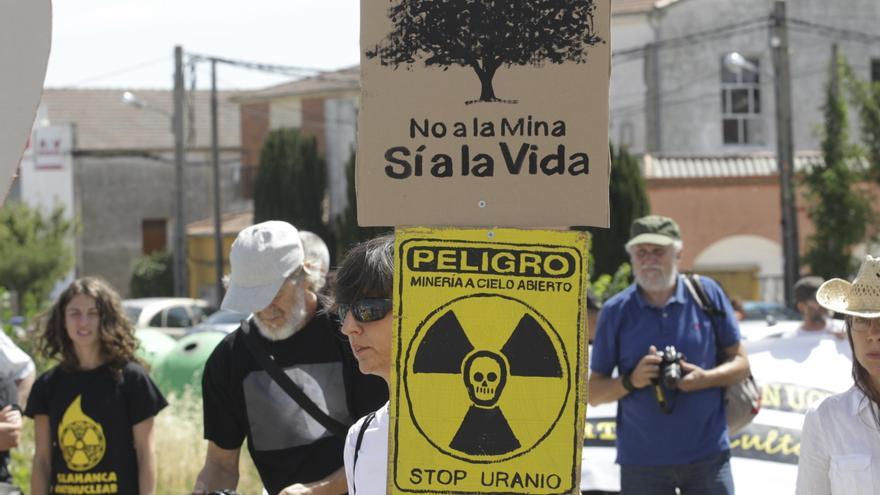 The Plenary of the Nuclear Safety Council has rejected this Monday the request presented by Berkeley Minera Spain (BME) for the construction authorization of the first category radioactive facility of the nuclear fuel cycle "uranium concentrates manufacturing plant in the municipality of Retortillo ”(Salamanca).

The result of the vote has been four votes in favor of the Proposal for a Technical Opinion prepared by the Technical Directorate for Radiological Protection and one against, corresponding to the counselor Javier Dies. Said director has announced that he will cast a private vote in writing within 48 hours.

The reason for the decision taken is based on the low reliability and high uncertainties of the safety analysis of the radioactive facility in geotechnical and hydrogeological aspects, on which the verification of the adequate behavior of various project parameters depends.

The technical deficiencies identified in the assessment relate mainly to the final storage of very low level radioactive waste, which is part of the first category radioactive facility.

From a regulatory point of view, the information provided does not allow to limit the effective isolation capacity of the barriers that BME proposes to surround the waste, and consequently neither the capacity to minimize the expected concentrations of radionuclides in the potential discharge areas.

The evaluations carried out on the documentation that accompanies the application for authorization of the installation have detected numerous deficiencies throughout the evaluation, which has required the maintenance of many technical meetings with the licensee, as well as numerous requests for additional information. the preparation of a large number of reports and evaluation notes, and the complete review of the documentation by the owner, in order to integrate and give coherence to the information generated on the project.

The CSN reached denounce pressure from the Junta de Castilla y León and Berkeley to authorize the uranium mine in Salamanca: the first open pit mining in Europe. The mining company had launched a campaign in recent months to urge the council to resolve the file for this authorization in the Salamanca municipality of Retortillo,

Ecologists in Action, Greenpeace, SEO / BirdLife, WWF and Friends of the Earth they had mobilized after the opening of the facility. The environmental organizations warned about the arguments that the Australian multinational Berkeley defends to carry out the opening of the mine, claiming an increase in economic investment and job creation, and ask instead to promote "stable, long-lasting and sustainable jobs." in the area "and not to oppose development and employment to the conservation of nature.

The five organizations reiterate that the Retortillo open pit uranium mine project and the uranium concentrates manufacturing plant associated carry environmental, social and health risks that are unacceptable. "The multinational uses economic investment arguments as an opportunity for the future, violating safety, health and a future for the inhabitants of the area," they criticized.

The town of Retortillo, which does not have 200 inhabitants, was divided between supporters and detractors of the mine. The atmosphere in this Salamanca town had been heated for at least ten years, since Berkeley Minera España, a subsidiary of the Australian company, showed interest in commercially exploiting the uranium deposits in the region