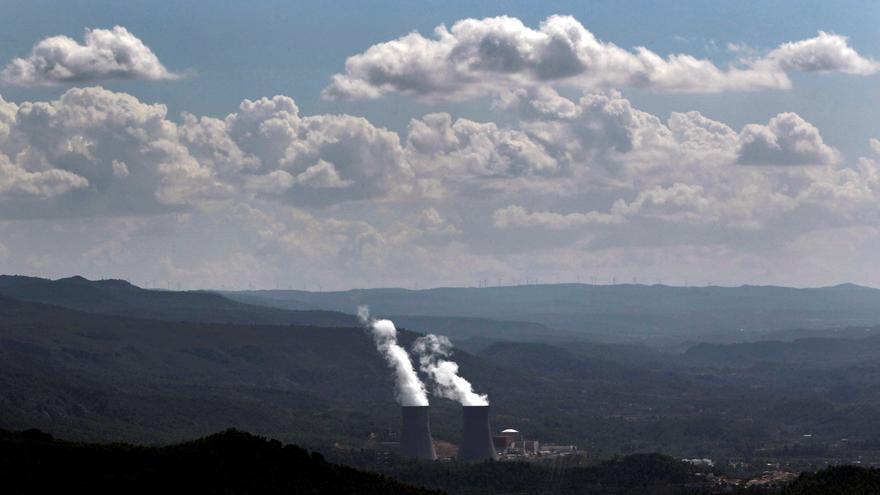 Finally, there will be no overlap in the stop for recharging of three nuclear reactors next November, a circumstance that would have added even more gasoline to the current electricity price crisis.

The latest revision of the nuclear power plant recharging plan for this autumn introduces an important novelty with respect to the forecasts that until this Monday appeared on the website of the Nuclear Forum. According to data provided by this association, Iberdrola’s Cofrentes (Valencia) nuclear power plant is not going to finally carry out the shutdown due to recharging that it had planned for this month of October and is postponing it to mid-November.

Specifically, this operation will be delayed until November 12 and the recharge of Cofrentes will last until December 17. For its part, Ascó I (Tarragona), of Endesa, plans to start its stop for recharging next Saturday, October 16, and will be in that situation until November 19; and Almaraz I (Cáceres), which belongs to Iberdrola (52.7%), Endesa (36%) and Naturgy (11.3%), will stop from November 21 to December 28.

With this, until November 12, reactor shutdowns will not begin to overlap, and there will be two at a time and not three: “Simultaneously, Ascó 1 and Cofrentes coincide between 11/12 and 11/19 and, later, Cofrentes and Almaraz 1 between 11/21 and 12/17 “, a summary of the Nuclear Forum sources.

The same sources emphasize that “the recharging stops are adapting and it is not something immovable”. The three reactors to be recharged in the coming weeks add up to 3,200 megawatts (MW) and account for 43% of the total from this source.

Last Tuesday, Foro Nuclear pointed out to questions on this matter that “nuclear power plants attend at all times to the requirements posed by the system operator, REE, which knows for a long time the planned refueling stops”, and recognized that the Nuclear power plants can “adjust” to what Red Eléctrica proposes to them, whose first shareholder (20%) is the State and chaired by the former socialist minister Beatriz Corredor.

These same sources also recognized that the postponement of recharges for reasons of security of supply when they have coincided in time “is not an unusual situation.” The same thing happened in 2020, at the start of the coronavirus crisis, as soon as the state of alarm is decreed.

“From Foro we are not aware of what power plants agree with what Red Eléctrica de España indicates,” they point out from the association.

The nuclear lobby has updated the schedule of refueling stops after the third vice president and minister for the Ecological Transition, Teresa Ribera, opened last Thursday. a round of contacts with the executives of the main electricity companies after being willing to modify the cut to the sector that Congress must validate this Thursday, and that cuts the income of the oldest hydroelectric, nuclear and renewable nuclear power plants.

Ribera plans to close this round of meetings with Ignacio Sánchez Galán, president of Iberdrola, on Wednesday, who has starred in a public confrontation with the Government by crossing out his policies to lower the price of “terrifying interventionism” shortly after the controversial signing for the electricity company of the former socialist councilor Antonio Miguel Carmona.

This Monday, after the Council of Ministers, the Government spokesperson, Isabel Rodríguez, framed that round of consultations on the need to “reconcile all interests“, both from consumers and from the industry and the electricity companies themselves, and acknowledged that the Government, while trusting in a European solution to this crisis, is willing to” improve “its proposals to” rationalize “the price of electricity , which is already forcing stoppages of industries such as the Basque steel company Sidenor.

Podemos warned for its part that “it is essential that the government does not give in to the threats from the electricity companies.” “Only raising the possibility of yielding when the measures have been approved is delegitimizing the government and democracy,” said one of the spokesmen for the purple formation, Isa Serra, on Monday.

Despite the slight decreases in recent days, the futures of the wholesale electricity market point to average prices above 200 euros per megawatt hour (MWh) for the whole of November, above what we have this October in which All records are being smashed again, as a result of high natural gas prices. The Government maintains that the promise of the President of the Government, Pedro Sánchez, that 2021 will close with final electricity prices similar to those of 2018, when it arrived in Moncloa, will be fulfilled.

Except for a last minute agreement, in November Spain will stop receiving the gas that until now arrived through the Maghreb gas pipeline, one of the two pipes that connect with Algeria, and whose future is in serious doubt due to the open diplomatic conflict between that country and Morocco.