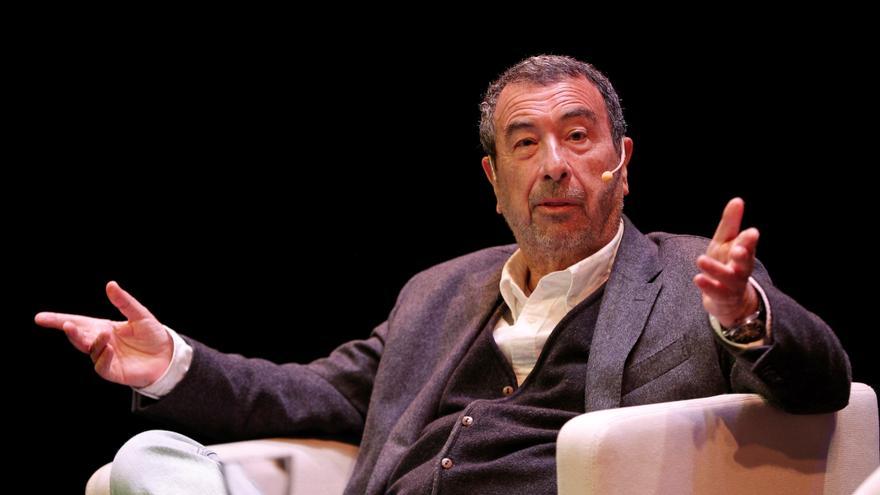 Madrid, Jan 17 (EFE) .- When you talk to him, you perceive the same as when watching his films, a sense of nostalgic irony, non-conformist acceptance of reality, seen by lonely characters, such as those who star in the paintings of the New York painter Edward Hopper, only, in his case, with a Madrid accent.

José Luis Garci does not have a mobile phone or computer, nor does he know how to drive. He continues to write on an old typewriter and most of the time after having handwritten them with a fountain pen, probably the same one with which he produced his last book, “Bad and undervalued movies” (Notorious editions), a review of films that critics in their He considered this moment of poor quality, often unfairly, and actors who were never catapulted to the glory of an Oscar, although some of them are true myths.

In an interview with Efe, Garci talks about those films that are basically fun, entertaining, hook you and tie you to the armchair (or to the sofa, if they are seen at home); They may not have the prosopopoeia or erudition of an Antonioni film, but they may not need it.

And at the same time, and in these times of pandemic, of confinement (forced or voluntary), of forced introspection, he says that he has not written a single line about the covid.

“I have not written a single line about the pandemic. There are many people who have spent their time writing a diary of the covid. Not me; what I want is for this to pass and then to be able to return to my life” , it states.

“In the cinema, as in everything, there is one thing that is terrible, boredom, and against that you cannot do anything,” he says.

With this book “I wanted to pay homage to a certain type of film that amused us a lot and that, however, did not obtain the favorable opinion of the aristarcos, of the critics of that time. And they were not bad films; whose claim was to entertain “, says the director, the first to win an Oscar for a Spanish film for” Again to begin “(1982).

And it is not that in his book Garci makes a review of “incunabula”, “rare” or pieces of the museum of the most geek cinema. Nothing of that.

They are films made to entertain, to captivate, to thrill, which is what is expected first and foremost from any piece of any art.

“We belong to the genre of entertainment, art has to entertain you, to seduce you, to amuse you,” says Garci, who points out that, for example, there are many kinds of music, all valid, but “you listen to twelve-tone music and it bores you with so many little noises; instead, you listen to Beethoven and you get excited. ”

And among those actors and actresses who never wanted to give the “official” recognition they deserved and who, nevertheless, have given us some of the most intense moments in the history of cinema, are Edward G. Robinson, who He himself was the ruthless “gangster” in “Golden Underworld” (Mervyn LeRoy, 1931) as the devastated and dominated by an unscrupulous woman in “The Woman in the Picture” (Fritz Lang, 1944).

Two true myths like Cary Grant and Ava Gardner, without whose presence it would not have been possible, would not make sense, also occupy a preferential place in the book, many of the best films of the 20th century. Not forgetting the great Thelma Ritter, memorable in her sarcastic role in “Confidences at Midnight” (Michael Gordon, 1959).

Garci saw many of those films in cinemas that now only exist in memory (or have been forgotten, it depends on each one), in theaters whose space today is occupied by a chain of stores, or before a bank and that if They are not empty, stranded in the middle of nowhere.

In this sense, the director is pessimistic about the future of movie theaters, whose days he thinks are numbered, while stressing that it is very difficult for him to make a movie again, after “Zero Crack” (2019).

“At the moment I do not plan to make more films, it is very complicated,” he states bluntly.

“I don’t think we’ll go back to the movies, but not because of the pandemic. Before the ritual of going to the movies was very bad, that had almost disappeared. Cinemas had been transformed into anything else, and many of those that remained were made minicines, “he says.

“In addition, there is the power of television series, of platforms”, which make people see what they want to see, when they want to see it “at home, so comfortable, comfortably. That has nothing to do with cinema as we knew it. The generation that went to the cinema has disappeared. Now you can watch ‘The Law of Silence’ on your mobile while traveling on the subway. ”

And he ends with a mixture of expectation and fear, as when he saw a “series B” movie about mysterious extraterrestrial threats: “There is a transformation, which is not only in the cinema, but everywhere. The world is going to live pending of many things: of the vaccine, of the consequences of the vaccine. We are in a millennium change. ”

Orlando Britto Jinorio: “The center has to become a critical space that questions reality”