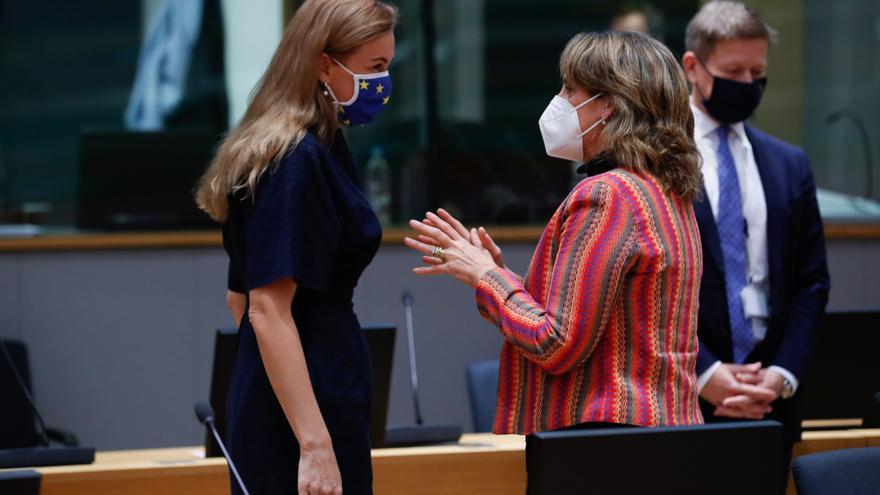 The market works. It is the conclusion of the northern countries led by Germany and the Netherlands. But it is also the position defended by the Agency for the Cooperation of Energy Regulators (ACER) in a preliminary report submitted two weeks ago and debated this Thursday in Brussels by the EU Energy Ministers. A report, backed by the European Commission, and whose final version is not expected until April of next year and that has served the Nordics to maintain the blockade of the aspirations of Spain, France, Italy, Greece and Romania, which do demand a reform that does not lead to the price of the most expensive energy being the one that marks the final price.

“It is difficult to ignore the concern of governments that represent more than 45% of the population of the European Union,” said Vice President Teresa Ribera upon arrival at the meeting: “Of the four large countries, France, Spain, Italy and Germany There are three of us who demand that this be analyzed in depth. The reasonable thing, despite the fact that today we clearly stand in very different positions, is that the position of those of us who understand that change decisions have to be made should be approached with respect; and not just focus on a message that is very important but somewhat immobile. ”

And what is that immobile message conveyed by the southern countries supported by the preliminary ACER report? to the conformity of the behavior of economic and energy actors within the European framework. The big question we ask ourselves is whether the current regulation is prepared to address challenges such as the ones we are experiencing, and we demand responses by protecting consumers and reflecting the advantages of an enormously important energy transition, but also enormously satisfactory for consumers, when today what is observed is the distance towards consumers in favor of prices that do not reflect real costs “.

But that idea, of reforming the market, does not end up taking hold, although the European Commissioner for Energy, Kadri Simson, has pointed out some shortcomings that the ACER report includes: “The preliminary study suggests that the current model is solid, but points out Risks for cross-border supply and trade. Interconnections and flexibility are needed. ” In effect, the report acknowledges: “These characteristics of the current market design do not by themselves prove that the frame is fully future-proof.”

In this sense, Simson, as the European Commission has been doing for a few months, has opened up to two Spanish demands that have nothing to do with market reform directly. “December 14 [vísperas de la cumbre europea del 16-17 de diciembre] we will approve a hydrogen package, and we will tackle the review of the safe supply of gas. A better functioning gas market is needed. Storage is going to be essential. A more coordinated approach is required. Joint purchases for emergency storage could provide good price stability, it would be positive. ”

Vice-president Ribera explained after the energy debate the point that does not finish prospering, although she believes that there is a “growing understanding” about it: “We have insisted on the need for the price that consumers pay to be much more similar to the average cost of the electricity system and not preferably reflecting the marginal cost, the highest cost “. The vice president also explained: “We have referred to the need to consolidate a gas purchasing system that is more protective. It is not enough just to protect investors, we must think above all about consumers.” In this sense, the highest price and the one that marks the whole market is that of gas. November. A final report is expected in April 2022.

“The member states welcomed the preliminary analysis as the basis for an evidence-based political debate,” affirm the conclusions of the meeting of the energy ministers, leaving for the last sentence an open door to the aspirations of Spain and its allies : “Ministers expressed some preliminary views on ACER’s report, as well as areas where further analysis could be incorporated based on ACER’s final assessment for April 2022.”