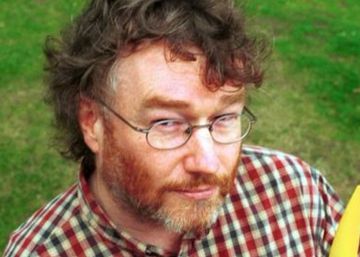 Iain M. Banks was 33 when he published Think of Phlebas (1987), the first of the novels in the La Cultura series. It was the beginning of what he called his “train game”, that is, the model of another possible world with which he liked to play, that of a super civilization – understanding that super as it was understood the one with Nietzsche’s super man – in which even the last petty feeling had been eliminated – and also until the last crime – since there was nothing that bodybuilders they couldn’t get it if they wanted to. His was a post-scarcity, hypertechnological, egalitarian, and pleasantly anarchic society. Oh what about the haters? The haters they are downright stupid beings – authentic jerks– which, of course, are against such a desirable utopia. And, of course, they are everywhere.

Could be seen Think of Phlebas, and the other nine novels in the series that he wrote before a withering cancer took him away in 2013 as a gory and sarcastic redrawing of The dispossessedby Ursula K. Le Guin. He never denied it, on the contrary, Banks claimed her as the absolute teacher of his peculiar universe. And she also vindicated the idea of science fiction as dialogue. A dialogue between the work of those who arrived before and those who would arrive later and, of course, those who are yet to arrive. “All writing is; a writer reads something, maybe something quite famous, and he says, what if this were not exactly so? Then she climbs on the shoulders of that giant and, taking it as a starting point, creates something new “,. wrote once.

That is why it could be said that all families of dead writers look alike, but those who inexplicably refuse to let the work of its writer takes a new form have not understood anything. This week Dennis Kelly, the guy behind the cute and twisted funny Utopia, he regretted, and he did deeply, that the heirs of Banks have decided that finally La Cultura is going to stay without making the leap to the small screen, thereby renouncing that the dialogue the writer was talking about was propelled to the unspeakable because? Wasn’t Amazon trying to turn Banks’s sarcastic warring universe into a literally “global bombshell”? They were thinking of something like Game of Thrones. They weren’t going to spare any expense.

Kelly had been working on the adaptation for two years.. The publishers were considering luxury editions of his books. Iain was going to be back. Reverse space opera by JG Ballard – he also always admired it, although it could be said that the only thing they had in common was their utterly perverse vision of the human being – was going to go out there and perhaps, for sure, find new readers. He was always bothered by the way science fiction was underestimated. Today, when, globally, realism could be described as fantastic and vice versa, things have changed, and his work, prolific and visionary alternative, could have refitted, and offered, from the past, another way out to the present.

The playful aspect, so important to Banks, a constant mantra in his work, which views the world as a collection of overlapping games – and sometimes fun, as much as the names of his ships, so ridiculously long and funny, No More Mr Nice Guy, It’s My Party And I’ll Sing If I Want To–, fits perfectly in today’s hyper-recreational world, in which everything, every aspect of life –from personal relationships to a sunset–, capitalism Wild through, it has become a microgame, and its sum is the chain that keeps us together and distracted from, as Philip K. Dick would say, what is really going on out there.

Iain M. Banks wasn’t always Iain M. Banks. Sometimes it was just Iain Banks. It had to do with a doubling then necessary. He added the initial of his middle name – Menzies – to novels he considered purely science fiction. The others, which he described as merely literary, he signed as Iain Banks. The son of a professional ice skater and an officer in the British Royal Navy, Iain decided he would be a writer at age 11. He finished his first novel at 16. It was, of course, a science fiction novel. It was also a science fiction novel that he wanted to publish first, but none of the doors he touched was opened.

Yes he did one though when he delivered The wasp factory, a kind of Lord of the flies solipsist, in which a kid creates his own macabre society – inhabited solely by him – with his own chilling rules and sacrifices – for things like reading the future. He considered The wasp factory, and his terrifying non-science fiction novels –Air death, Accomplice, Steps on glass– novels mainstream, when in reality they were macabre explorations of the human being, and the (even darker) side of his anarchospatial self. Two sides of the same coin, two ways to untie, two ways of, ultimately, play.

the cocktail that stands out in theaters this weekend

Sara Socas ready to break “the glass ceiling” in cockfights