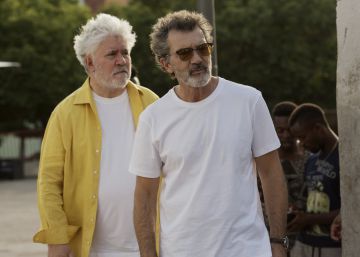 The actors Elena Anaya and Miguel Herrán have been responsible for making this Monday, December 2, the reading of the nominations for the 34th Goya Awards. From the headquarters of the Film academy, the interpreters have revealed the applicants to the 28 categories that include the awards. To the preselection 146 films have been presented, of which 88 are fiction films, 55 are documentaries and 3 of animation. 53 European films, 15 Latin American films and 35 short films also participate. Of the total number of applications, 56 are raw operas. As for the scripts, 112 are original and 29, adapted.

The film with the most nominations is While the war lasts, by Alejandro Amenábar, with 17 nominations. Pain and glory, by Pedro Almodóvar, has received 16 and The infinite trench, from Aitor Arregi, Jon Garaño and Jose Mari Goenaga is eligible for 15 awards.

The gala, which will be held on January 25, 2020 in Malaga, will be presented by the comedians Andreu Buenafuente and Silvia Abril, who already acted as masters of ceremonies last edition, which took place in Seville. The 2020 Goya of Honor has fallen to the actress Pepa Flores.

This is the full list of nominees in the movie categories: