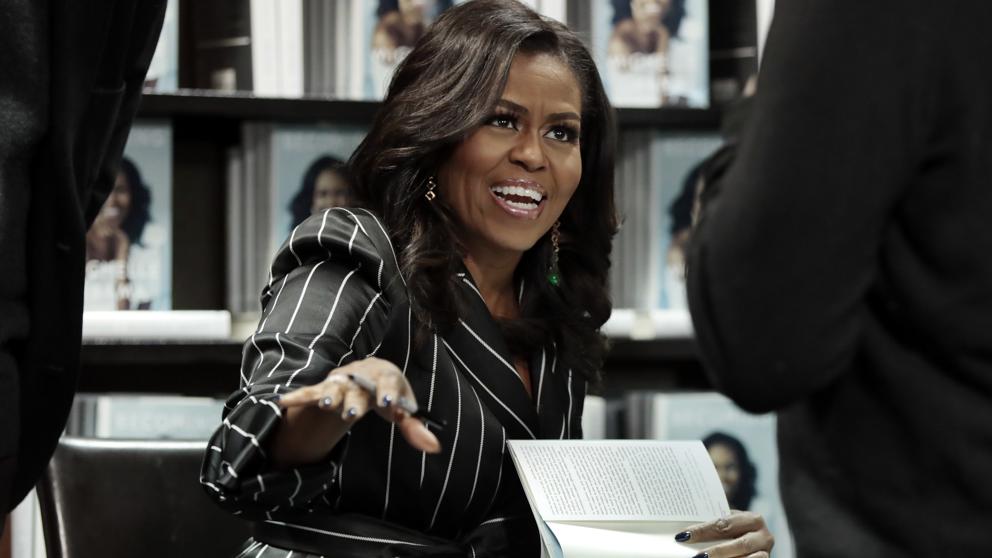 The former American lady Michelle Obama He has obtained a Grammy nomination on Wednesday, one of the curiosities left by the announcement of the candidates for the 62 edition of the most important music awards. Obama will choose the golden gramophone for best "spoken word" album for the audio version of his successful memoir Becoming.

The former lady knows the Grammy very well, since in the last gala of these awards, held last February 10 in Los Angeles (USA), she appeared as a guest on stage surprise. “From the Motown albums that I wore on the Southside (of Chicago) to the songs of Who Makes the World Work’ (reference to the topic Run the world from Beyoncé) that gave me energy over the last decade, music always helped me tell my story, ”said Obama accompanied by Jennifer Lopez, Lady Gaga, Jada Pinkett Smith and Alicia Keys, the host of the gala.


The former lady knows the Grammy very well, since at the last gala of these awards she appeared as a surprise guest

Another section of the Grammy that includes several celebrities not directly related to music is the best comedy album. There appear Ellen DeGeneres with RelatableTrevor Noah with Son of PatriciaDave Chappelle with Sticks & Stones or Aziz Ansari with Right now.

The 2020 edition of the Grammy has already made history for some very early talents such as the singer Billie eilish, who at 17 is the youngest artist to be nominated for the four main categories: album of the year (When We Fall Sleep, Where Do We Go?), song of the year, recording of the year (these two by Bad guy) and best new artist.

But the Grammy have also reserved some honorary holes for very veteran and proven musicians on Wednesday. A) Yes, Barbra Streisand will be candidate for the award for best traditional vocal pop record for Wallswhile the no less legendary Willie nelson could Grammy take the best country performance by Ride Me Back Home.

Further, Gloria Gaynor, the diva of disco music that touched the sky with I Will Survive, has received two Grammy nominations but for a much less festive genre than might be expected of her: the gospel. Gaynor will aspire to the best performance / gospel song for Talkin ’out bout Jesus and to the best gospel album by Testimony.

In addition, the section of best song composed for the audiovisual will also host the confrontation of two huge and long-lived figures of music: Randy Newman, by The Ballad of the Lonesome Cowboy of the tape Toy Story 4 (2019); and Dolly parton, by Girl in the Movies of the movie Dumplin ’ (2018).

And the Irish band The Cranberries She will be a candidate for the best rock album for In the end, an album that includes the latest songs recorded by his charismatic singer Dolores O'Riordan before he died in January 2018 at age 46.

It is not the only posthumous tribute of these Grammy, since the American rapper Nipsey Hussle, who was killed in March in Los Angeles at age 33, has received three nominations: best rap performance, best rap song (both by Racks In The Middle) and best sung / rap performance (for their collaboration in Higher with DJ Khaled and John Legend).

The 62 edition of the Grammy will be held on January 26 at the Staples Center in Los Angeles and will feature, for the second consecutive year, singer Alicia Keys as master of ceremonies.

One green and one brown eye | Culture