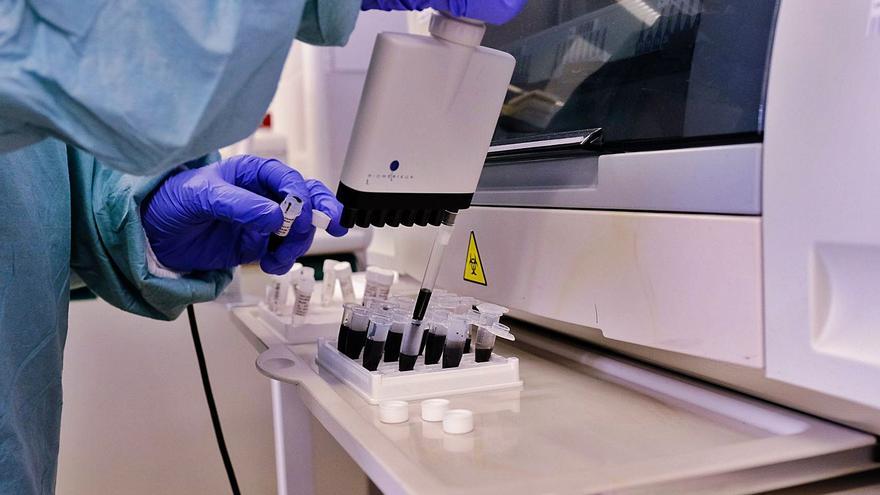 The nine cases of the Brazilian variant of SARS-CoV-2 detected in the Canary Islands come from a closed in-hospital outbreak that took place at the Doctor Negrín University Hospital of Gran Canaria in December, and whose samples were sent to the Fisabio Foundation of Valencia for its sequencing, within the SeqCOVID project. This was confirmed yesterday by the Ministry of Health of the Government of the Canary Islands after the Ministry of Health reported this Monday about the presence in the Archipelago of this strain of which two other cases have been identified by the Microbiology service of the Hospital Universitario Nuestra Lady of Candelaria de Tenerife. To them we must also add another 159 of the British variant (B.1.1.7).

As explained by the health area, the research initiative between the Gran Canaria hospital center and the Valencian entity began in March 2020. To date, only nine cases of the Brazilian strain have been detected among the samples sent from the Microbiology Laboratory del Negrín, among which Fisabio also found the presence of three other cases of variant B.1.1.7 that were also notified to the Ministry.

On the other hand, the La Candelaria Microbiology service carried out genomic sequencing of 812 samples of positive cases of coronavirus from the Islands between December 18 and February 22, of which 159 correspond to the British variant, which which represents 19.6% of the total analyzed. Last weekend the Brazilian strain was also detected –classified as P.1 and P.2–, in two of the samples –0.24% of those sequenced–. The rest are already described from the original strain and have no currently known impact on the biology of SARS-CoV-2.

For the Canary Islands, only the results of this research study are available. And it is that as the Minister of Health, Blas Trujillo, the Ministry and the autonomous communities pointed out yesterday in the regional Parliament, they have not yet closed the criteria on how to do these samplings that provide epidemiological information on the incidence in Spain of the new variants of the virus.

With regard to the pandemic, Trujillo also asserted that the additional contract that the central government has made with Pfizer for which 6.8 million doses will be supplied between March and the end of April, will allow “to catch an important cruising speed ”In vaccination against the pathogen. The counselor also pointed out that the European Medicines Agency is proceeding to validate the Johnson & Johnson vaccine, which could also begin to be administered in April and that it only needs one dose, while there are “others on the horizon”, as the EU studies the possibility that the Russian Sputnik vaccine will also be used.

During the past day, the Ministry of Health notified 189 new positive cases of Covid-19 in the Canary Islands. With them, the general count of the Islands rises to 39,840. In the last hours there was also the death of two people due to the complications caused by the virus: a 64-year-old man in Gran Canaria and an 84-year-old woman in Tenerife, associated with a family outbreak. Both remained hospitalized, suffered from previous pathologies and had experienced clinical worsening. These deaths put the death toll at 578 since the start of the pandemic.

In the region, a total of 33,199 citizens have overcome the disease. However, 6,063  are still infected today – the lowest number since December 22, when there were 5,646. Most of those affected, specifically 5,696, recover in their homes where, as established in the protocol, they are isolated and receive the necessary medical assistance. On the contrary, there are 367 patients admitted for the virus: 86 in the intensive care units and 281 in the hospital ward.

Of the 189 infections notified by Health last day, 74 were located in Tenerife, which already has 16,692 accumulated cases. Of these, 2,249 remain active, that is, 37% of the infected people in the Archipelago are found on the island. Despite this, it is Gran Canaria where the virus is most prevalent, since 3,341 citizens remain sick – 55% of the total in the region – of the 16,332 who have contracted it since the outbreak of the health crisis. This is 90 more than the day before.

Lanzarote registered 12 positive diagnoses of coronavirus with which the total number of the island amounts to 4,364. There, 285 cases are still ongoing. In Fuerteventura, however, there are 152 active cases, while the accumulated ones stand at 1,577, after adding 11 more.

La Palma did not add new cases and has a total of 383 infections since the beginning of the pandemic, although there are 15 people who are still infected in its territory. El Hierro added two new positive diagnoses, for which there are already a total of 283 and its assets are 19 (16 migrants and three natives). These data are being refined, which is why they are not included in this way in the statistical register, which will be updated in the coming days. Finally, La Gomera remains in the 209 accumulated infections by not registering new ones and its assets are two.

As for the coronavirus outbreak detected at the beginning of February in a nursing home in Gran Canaria, the Ministry of Health reported that this Saturday a new screening was carried out in the affected plant. Of these tests carried out on 52 residents and 54 workers, only a single positive was detected from a worker, who is already in isolation according to the established protocol.

Dating for those over 80

The Canary Islands have administered 125,079 doses of the three available vaccines, which represents 70.64% of the total of those received. To date, 51,572 people have been immunized, while the inoculation campaign continues, which has already begun with people over 80 years of age (group 5) in health centers in the Basic Health Zones and has been achieved. 1.45% coverage for this group (about 90,000 people). In the same way, vaccination of group 4 continues, that of large non-institutionalized dependents and home caregivers (more than 25,000 people), of which coverage of 12.11% has already been achieved. | ARM