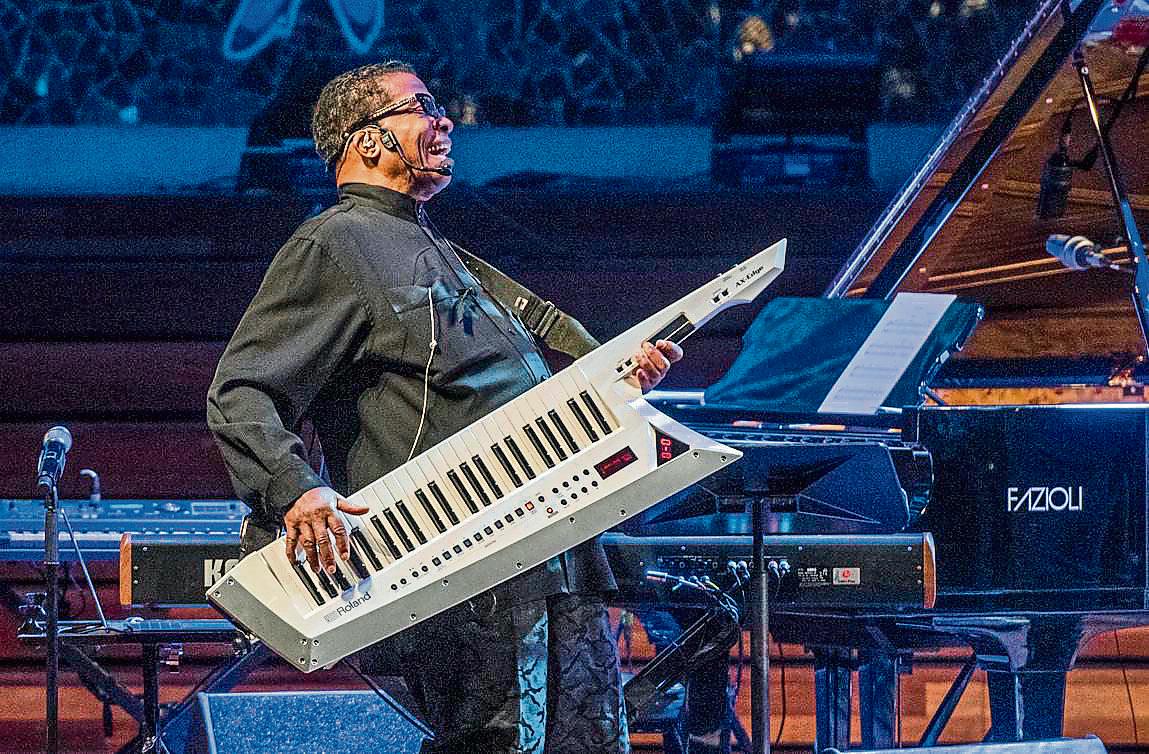 History almost repeats itself. In 1967, Miles Davis left his band planted for discrepancies with his agent. It was shortly before a Jazz Festival concert was held at the Palau de la Música. The quintet became a quartet. That those musicians were nothing less than a young Ron Carter, Wayne Shorter, T
ony williams and Herbie Hancock did not avoid the disappointment of the public, who paid to see the guy who was leading the greatest revolution in jazz history.

52 years have passed. On October 26, in the same Palau and in the same festival, the musicians who accompany Hancock on his current tour were about to go out to play solo as well, since the keyboardist was not in a position to do so.

In fact, at 21.30, the scheduled time for the start, the concert was virtually suspended, although no one in the room suspected it. Only those spectators who know Tito Ramoneda, president of The Project and director of the Voll Damm-Jazz Festival, must have been surprised when they saw him debate on foot with two collaborators, with some restlessness, when they were already accumulating a few minutes late.

Some present attributed the delay to the organization's desire to allow time for people to reach the Palau, since a few meters away, on Via Laietana, clashes were repeated between law enforcement and protesters protesting the conviction from 1-O.

They ignored that at the same time, Hancock, 79, rested after feeling suddenly unwell and that his team had told the organization that there would be no concert.

A while earlier, the author of Watermelon Man He had been watching with concern, from a window, how the protesters fleeing the police charges tried to access a Palau that was closed, while some spectators who had not been careful to access the room from Amadeu Vives Street were distressed Your ticket to be allowed to pass.

Did all that tension, coupled with the uncertainty of the previous days, influence the artist's health? Nobody dares to affirm it, although the sequence of events was exactly that.

Logically, Hancock was offered the possibility of canceling, even though the room was full. In the end, the musician decided to test himself. Neither effective tickets on stage nor collecting a medal in recognition of his time at the festival: Hancock would go out alone and sit at the piano. If he was well, he would continue; if not, he would go to his hotel, on the Gran Via, and give the alternative to the formidable Elena Pinderhughes, Lionel Loueke, James Genus and Justin Tyson.

The keyboardist finally appeared at 9.50 pm, with the countenance a little tense. But when he played the first notes of Overture Everything started to flow. Mind you: the organization was shaking until the minutes went by and the artist was feeling better and better.

The success was resounding. Karles Torra, critic of The vanguard , titled his article "Infinite Mastery." The audience, among which there were quite a few young spectators, ended up pulling the bis up, Chameleon . And that it had cost to arrive. It would be necessary to ask why, after several nights of burning containers, there were barely any desertions, since only 40 seats were left empty with tickets already acquired, the usual percentage in this type of concert.

Maybe it was because the jazz audience doesn't wrinkle easily. This genre has withstood the passage of time and fashion better than others. Without jazz, maybe hip hop wouldn't exist. And without its International Jazz Festival and all the parallel activities it generates, Barcelona would be sadder, less imaginative and definitely more uneducated.