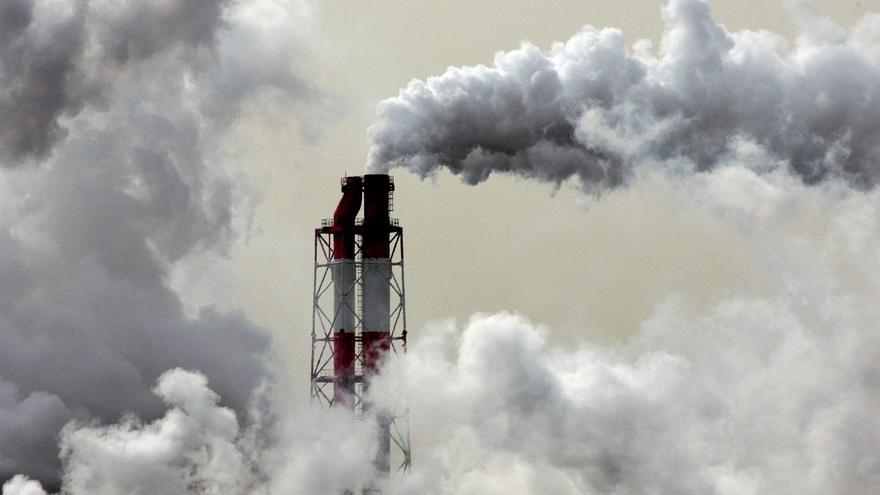 The window for averting climate disaster has become so narrow that when scientists make the next assessment in 2029, the die will be cast as to how much global warming can be limited by the end of the century.

Avoiding runaway climate change requires cutting greenhouse gases released by humans by burning coal, gas and oil by 43% by 2030, the UN warned on April 4, 2022. There are less than eight years left. "The window is closing," the IPCC scientists have explained.

The three warnings that this VI Report of the Panel of experts has launched have supposed a jump with respect to the previous work of 2014. Then, the scientists wrote that "the human influence on the climate is clear". Now they have gone much further: "It is unequivocal that human influence has warmed the atmosphere, the oceans and the land." Climate change is caused by people.

But how is it different this "now or never" of other notices? "This work could be the last one that includes the possibility of keeping global warming below 1.5ºC", responds the person in charge of climate change at Ecologistas en Acción, Javier Andaluz. "It's a reality slap."

Eight years ago, the technical analysis stated that emissions between 1970 and 2010 had not stopped growing and that "limiting climate change would require a substantial and sustained reduction in greenhouse gas emissions in the coming decades."

This Monday, the 2022 report testifies that "human-generated greenhouse gas emissions have increased in all sectors since 2010." And he continued: "All paths to limit warming, whether by 1.5ºC or 2ºC, imply a rapid, deep and even immediate cut in emissions."

So fast and deep as to reach the maximum permissible before 2025 and almost leave them in half by 2030. In 2050 they should be almost zero. If not, the accumulation of greenhouse gases in the atmosphere would make it physically impossible for the Earth not to continue warming beyond the thresholds estimated as safe.

The point is that, for example, carbon dioxide (CO2), which is the main cause of the greenhouse effect, remains present in the atmosphere for centuries. As it degrades, it is replaced by the CO2 that has been absorbed by the ocean and maintains that greenhouse effect. "It shows a persistence that makes its warming almost irreversible for more than 1,000 years," says an investigation by the US Agency for the Ocean and Atmosphere. The release of gas and its long life makes CO2 concentration heat trap does not stop growing.

So when the next report comes seven years from now, those milestones should have been reached or climate inertia itself would become unstoppable. "Last August, the IPCC warned that planetary degradation processes are being activated that will accelerate climate change and lead to significant points of no return being crossed," Andaluz abounds. Although "these warnings from science have been of little use", the report "is a new call to action because it is already beginning to be too late", he concludes.

"It is the first report of this magnitude to be published since the Paris Agreement was approved in 2015 and, probably, it will be the last one that defines our path towards a world only 1.5 ° C warmer", they affirm in the Europe Foundation Climate. "Before the end of this decade the world should have reached the all-important benchmark of a 45% reduction in emissions."

To achieve this, it is necessary to move from fossil fuels to "clean energy sources or those with very low emissions, such as renewables or those that allow carbon to be captured." In this sense, there are also flying goals: to leave 95% of coal, 60% of oil and 45% of current gas in 2050. "The game is over for fossil fuels", considers Kaisa Kosonen, of Greenpeace.

"This latest report is a litany of broken promises," said UN Secretary-General Antonio Guterres. It refers to the increase in the amount of gases that the Earth has experienced since the 2014 warning and the fact that the plans of countries to exploit oil, gas and coal in the coming years involve more CO2 than is mathematically compatible with the limiting global warming below 2ºC.

Scientists are in no doubt that human-induced climate change has already caused impacts, loss and damage to nature and people. But what they have also found is that "The extent and magnitude of the impacts are greater than anticipated".

"How many more warnings do we need before we take the necessary measures to avoid the climate crisis?" asks the person in charge of the gas campaigns of the organization Global Witness, Murray Worthy. "Fossil fuels pollute the planet, impoverish people and fill the pockets of [el presidente ruso] Vladimir Putin," he concludes.