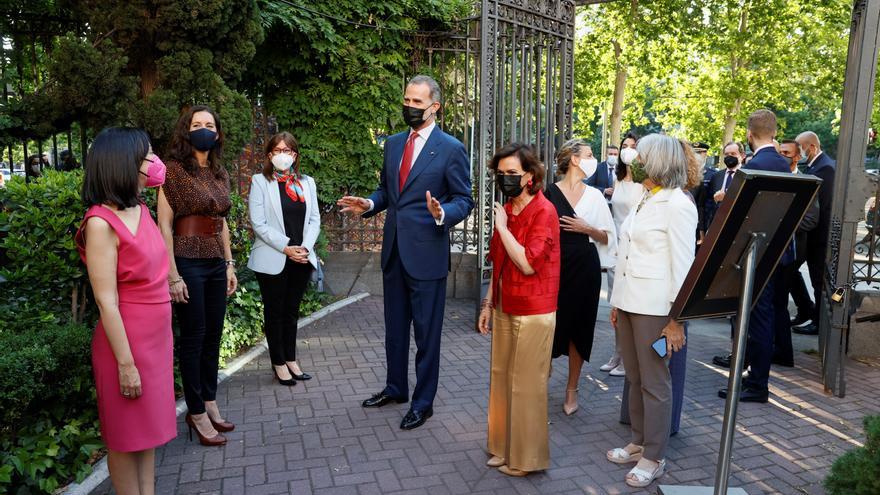 Madrid, Jun 9 (EFE) .- The King of Spain International Journalism Awards will be renewed the next edition and will reduce the number of awards, from ten to six, to favor new areas such as Social, Environmental or Cultural Development, and they will be destined to the works that stand out for their content, beyond the format in which they are carried out, announced this Wednesday the president of the EFE Agency, Gabriela Cañas.

In his speech during the delivery of the XXXVIII edition, Cañas announced the reconversion of these awards, which have been awarded annually since 1983, when they were created by EFE and the Spanish Agency for International Development Cooperation (AECID).

"After almost four decades of favoring Ibero-American journalism, EFE and AECID are moved by the determined will to make these awards the best in our field and the most prestigious. Also, the best financially gifted, a detail that is never irrelevant, "Cañas said.

For all these reasons, "we have considered that the time has come to forget about the media and focus on the essentials. Once the digital media revolution is over, it does not matter that what is told is shown in podcast or video format or text, the important thing is that genuine desire of the journalist to explain the world and what should distinguish him is not the medium used, but the depth and good work applied to what he wants to tell, "he said.

The president of EFE explained that the ten awards that are awarded each year will be reduced to six great prizes that stand out for their content, "in line with the policies that we consider should be favored."

In this way, the next edition will be awarded the Narrative Journalism, Social, Environmental and Cultural Development prizes, as well as Photography, "the only support that would remain standing given its particular impact and iconic value, and, of course, it will remain the Award for the Best Ibero-American Communication Medium, "said Cañas.

The president of EFE encouraged to read or listen to the stories of the ten winners of this edition "that they relate with so much skill, with such professionalism and such sensitivity."

"Today we have here with us the members of a team, that of the winners, which in itself constitutes a magnificent example of the journalism of excellence that is developed in the Ibero-American community. That excellence in the way of carrying out their work produces intimate sensations difficult to forget, "he said.

And he remarked that the Agency he presides over is going to make known "these examples of journalism that make their way amidst the bullets, threats or the willful neglect of the public powers. Because we believe that it is the best way to consolidate the values that unite this Ibero-American community that is understood in two such sister languages: Spanish and Portuguese ".

Cañas did not want to end without remembering the two Spanish journalists killed by jihadist terrorism just three months ago in Burkina Faso, David Beriain and Roberto Fraile, "who taught us in life the virtues of the most daring journalism. Also, unfortunately, we have known how to through the tragedy lived there of the tribute that reporters have sometimes had to pay for doing their work. "

Tags: Awards, contents, Format, King, next, Spain, they will prevail