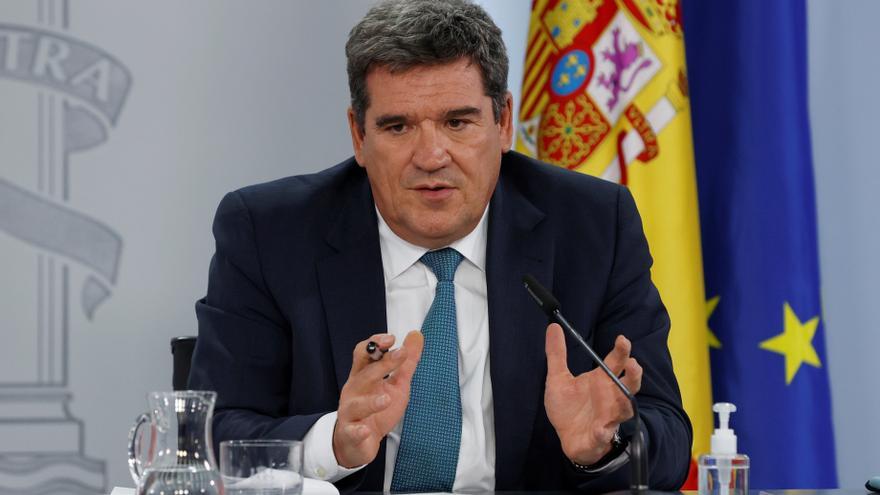 The Minister of Social Security, José Luis Escrivá, has harshly criticized the leader of the CEOE's self-employed association (ATA), Lorenzo Amor, who is denouncing these days that the future reform of the group's contribution so that it contributes according to your income will be "the ruin for the self-employed". Although without naming him directly, Escrivá has called to consult "the newspaper library" about the statements "of some" in the past, about the "noise" they have made and "how what that noise has done is undermine the credibility of those who make some statements ".

"There are some statements by some representatives of the self-employed... Look at the newspaper library, because maybe they said a year and a half ago that we were going to have 600,000 self-employed workers unemployed and we have more self-employed workers than before the crisis. Look at the newspaper library and the credibility of what each one says", he stated. Escrivá has instead claimed the "credibility" of him and that of the Government after the agreements reached during the pandemic to protect the group with the deployment of an extraordinary strike (cessation of activity) during this crisis. "Never has a government done what it is for the self-employed," the minister stressed.

This is how the head of Social Security responded to a journalist's question after the press conference of the Council of Ministers, about the self-employed's criticism of the future contribution system. José Luis Escrivá has denied the majority and has recalled that only "some freelancers" have reacted against it. The minister was thus referring to ATA, the CEOE's self-employed association, which is the only one that has flatly rejected the future contribution scheme for the self-employed according to their "real income" and that refuses to increase quotas.

On the other hand, the progressive organizations of the self-employed, UATAE and UPTA, are in favor of the contribution of the group according to income, which will make workers with less earnings pay less to Social Security and those with higher net income contribute more. It is in fact a claim of the associations for years, in addition to a recommendation of the Toledo Pact that was supported by the majority of Congress.

However, the two progressive organizations – linked to the UGT and CCOO unions – do not fully agree with the system proposal made by the Government, with quotas between 184 and 1,267 euros per month depending on the earnings of the workers, which would be reached in the next nine years. UATAE and UPTA demand an earlier application of the new model and that the self-employed who earn the least can contribute less than those 184 euros per month.

Escrivá highlights the benefits for women and young people

The Minister of Social Security has argued that the future contribution model for self-employed workers will be "extraordinarily beneficial" for the group. According to the calculations of the Ministry, two thirds of the workers will pay less or the same amount to Social Security. On the other hand, those who will pay more to Social Security will benefit from adequate social coverage. That is, sick leave, maternity and paternity benefits and higher future retirement pensions.

Specifically, Escrivá has highlighted that the income-based quota system will be more beneficial for young people and women, who have lower real incomes and, therefore, "three out of four" will contribute less than now due to their limited earnings, he has insured. At the moment the minimum fee is 294 euros per month. The proposal of the Executive, at the moment, is 110 euros less per month.