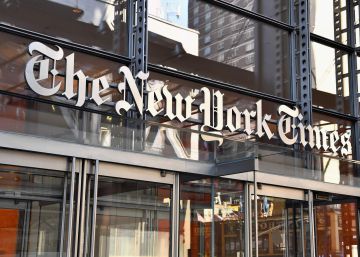 The American newspaper The New York Times has announced the closure as of this Tuesday of its edition in Spanish, which launched in 2016, for not being "financially successful".

"While the site in Spanish attracted a considerable new audience towards our journalism, and regularly produced articles of which we are proud, it did not prove to be financially successful," the newspaper explained in a note to its readers.

The Spanish edition produced a dozen articles a day, mostly English translations, but also original and opinion, and according to that note, it was part of an "experiment" that expanded the coverage of The New York Times to different languages

Despite the closure of the platform as it was conceived, the New York newspaper has assured that "the editors will continue to translate" their journalism "into more than a dozen languages, even and frequently into Spanish."

"And we will increase our investment in expanding these translation efforts," he added.

The New York Times He said that this decision "will not affect" its coverage in Latin America, with correspondents based in Medellín (Colombia), Mexico City and Rio de Janeiro (Brazil).

For its part, the editorial team of The New York Times In Spanish he has been "saddened" by the closure and has argued that the performance of the operation "has been successful under any indicator".

"Although it is a decision based on commercial considerations that saddens us deeply, we are proud to have produced, edited and published in such a short time one of the best pages of journalism in Spanish," said the editorial team.