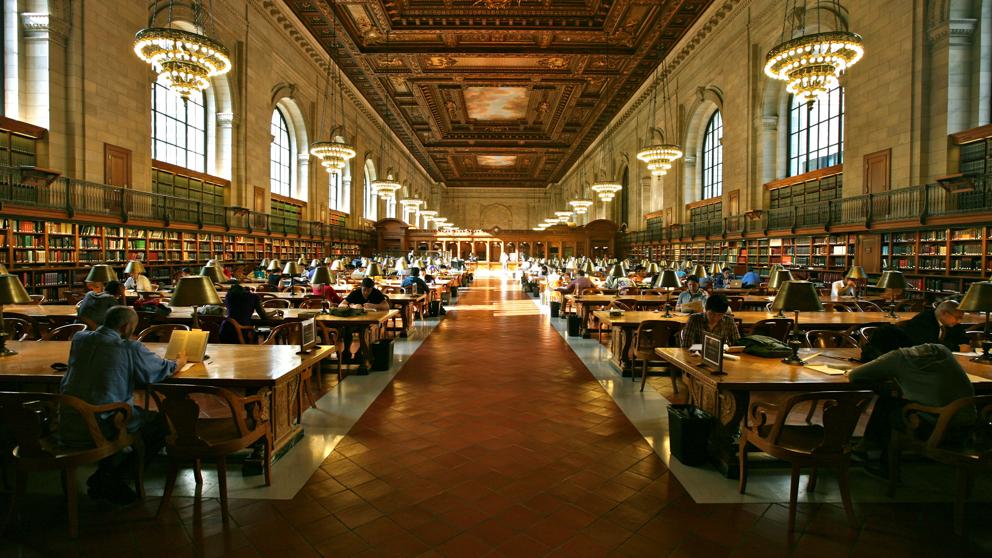 The New York Public Library has prepared a series of events to celebrate his 125th anniversary. But, beyond that, he wanted to offer his audience a series of very interesting data, such as his most borrowed novel throughout its history.

This is the work of George Orwelll 1984. Since its publication in 1949, the work of the British writer has no less than 441,770 loans. In addition, its recent popularity can also be explained by the rebound of dystopian fiction thanks to the appearance of books such as the trilogy of The Hunger Games, which has helped keep the gender in good shape.


The most borrowed novel is ‘1984’, by George Orwell. However, it is the third work in general most demanded by readers, behind two children’s books

As mentioned earlier, 1984 It is the most borrowed novel of the institution. However, it is the third work in general most demanded by readers, behind two children’s books. The book that the New York institution has lent more times is A snowy day, from Ezra Jack Keats, with 485,583 loans, an illustrated story that dates back to 1962 and addresses the story of a child “who enjoys the simple magic that snow brings to his city.”

In second position it is placed The Cat in the Hat, written in 1957 by Theodor Seuss, a children’s work that was considered very innovative after its publication. “Of all the books on the list, this may be the most entrenched. Parents remember him with love and read to their children the 236 words that rhyme with each other and that are always a delight, ”says the Library.

Fourth, there is another children’s play, Where the Wild Things Are, by Maurice Sendak and published in 1963, which is also frequent in the list of schools and which tells the “imaginative” adventures of Max with some monsters.


The book that the New York institution has lent more times is ‘A Snow Day’, by Ezra Jack Keats

The second most borrowed novel, behind 1984, is the classic Kill a Mockingbird, written in 1960 by Harper lee and that it earned him a Pulitzer Prize, also a regular publication in the educational institutions of the United States and that has been taken to the cinema and theater with notable popularity.

In sixth place another children’s classic appears, Charlotte’s Web, from E.B White, a popular story for children set in a magical farm with endearing characters and that addresses issues such as friendship or loss of innocence.

Then, Farenheit 451, from Ray bradbury and published in 1953, it would be the third most read novel by the users of the Library, with 316,404 loans. Like 1984, Bradbury’s book has enjoyed waves of popularity according to the sociopolitical events of the United States and the rebounds in dystopian fiction literature.

The second most borrowed novel is ‘Kill a Mockingbird, by Harper Lee

In the position number eight is located How to Win Friends and Influence People, the work of Give Carnegie of 1936 and that is often recommended for people who seek to progress in their lives or in their work. In ninth position is the only work in the entire list dating from after 1970: harry potter and the Philosopher’s Stone, the first book of the magical saga of the British J. K Rowling, published in 1998.

Close another children’s story, The Very Hungry Caterpillar, from Eric Carle and written in 1969 and that addresses the endearing story of a caterpillar that is always hungry in a book that has helped many generations of Americans learn to read.

Antonio Carmona: “Every time I am crazier but I know what I want”

El Tricicle: “Catalan institutions have not recognized us”