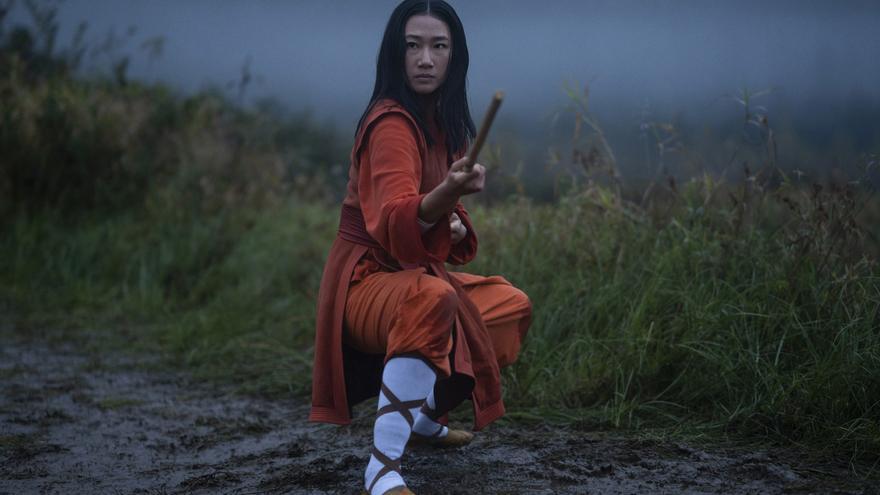 Madrid, May 10 (EFE) .- In 1975 was the last time a chapter of “Kung fu” was seen, the series created by Ed Spielman that led David Carradine to stardom with his role as Little Grasshopper. More than 45 years later, a new series comes to the small screen that recovers the spirit of the classic title, but “challenging Asian and Asian-American stereotypes”.

“The series is going to break with some stereotypes that people have about Asians. It will show what our culture really is like and what we really are like, and not how many films paint us ”, supports the screenwriter and co-executive producer, Christina M. Kim, in a virtual meeting with the media.

This new version, which arrives in Spain this Tuesday thanks to TNT, shares certain elements with the original, such as the central story, the exotic appeal of Chinese culture, as well as its traditions and its particular aesthetics, which will maintain the essence of the classic. However, the team of the current version has adapted the series to the new times, placing a woman in the main role.

“When I was writing the script for the series, what was most clear to me was that I wanted the protagonist to be a strong Asian woman who was kicking butt without qualms. I wanted and want him to be the role model that young people grow up with on television. That’s mainly the biggest difference from the original, ”confesses Kim.

Set in the current era, the plot follows Nicky Shen (Olivia Liang), a young Chinese-American whose personal problems push her to drop out of college and travel to an isolated monastery in China that will change her life forever. There she finds peace with herself and with her past through knowledge of kung fu and other martial arts.

However, after the murder of her mentor, the young woman decides to return to her native San Francisco, where she discovers that the murderer of her teacher now wants to kill her and, in addition, it is found that the city is taken over by crime, delinquency and violence. So it is time to put all your knowledge of martial arts and the values ​​of Shaolin Kungfu into practice to fight the crime promoted by a corrupt organization called The Triad.

For this, the actress had to learn martial arts, since one day she promised herself that “she would never learn this type of fight unless she was paid for it”. She had knowledge of dance, so learning the fight choreographies “was not very complicated”: “The hardest thing was the training that my body took, otherwise it was incredible to shoot those scenes. They made me feel good and strong”, she replies with laughs Liang.

“I needed to find someone with whom I could relate a lot, but who was also mentally and physically capable of defeating the bad guys every week,” says Kim, the scriptwriter and co-producer of the series. To get there, she auditioned more than 150 young actresses: “Olivia is just lovely, down to earth, funny and a bit silly, she was perfect,” she admits with a laugh.

For the role of Nicky’s father, Kim had a name in mind from the beginning: Tzi Ma (“Mulan”). “I’ve never worked with a female showrunner, least of all with a woman of color who looks like me,” Ma recalls. “So I said, ‘I’m ready, let’s go. If you love me, there I am. ‘ I am delighted with the series and with the project in general, it has been fantastic to shoot it with so many good people ”, he says.

“Kung Fu”, released on April 7 in the United States by the CW channel, liked it so much that the chain has decided to renew it for a second season. Here in Spain we will have to wait a little longer to have this confirmation. Meanwhile, all the chapters will be available every Tuesday on TNT.