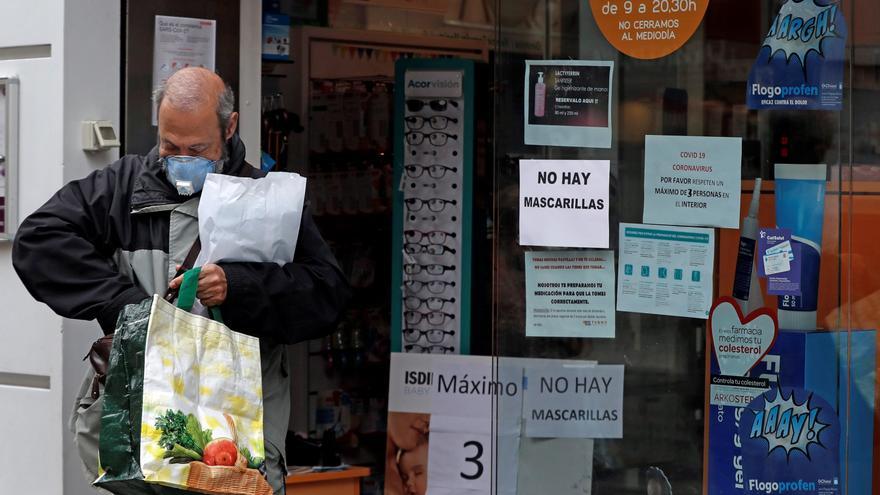 After making known the de-escalation plan for the next two months, the Generalitat de Catalunya has given the details this Friday of a new coronavirus case detection strategy that includes several novelties in terms of screening. The most prominent is the incorporation of pharmacies to distribute and collect PCR test kits that the population can do at home.

The Department of Health reached the record of tests carried out, between PCR and antigen tests, during the week of October 27, with some 270,000 tests, but since then the number had fallen, along with the progressive fall of the contagions. To accompany the de-escalation and anticipate transmission, the Catalan health authorities now plan to recover the rate of screening in neighborhoods with high incidence, maintain those of schools, add pharmacies and also sports clubs, these to gain incidence in the age ranges from 18 to 30 years.

The most striking thing will be the new role of pharmacies, which will be part of a screening strategy “very similar to that used for colon cancer.” This has been explained by the Secretary of Public Health, Josep Maria Argimon. To this day, those over 50 receive a letter that offers them the possibility of going to a pharmacy, picking up a kit and return it with a stool sample for testing. The procedure would be the same but with PCR tests that are less invasive, such as those that students themselves do now in Secondary School, and that only require inserting the swab two centimeters into the nose. “It is a 100% viable strategy that will give us good results and profits”, summarized Argimon.

His intention is that they begin to be made from next month, although he has not yet detailed how many kits will be purchased. At the moment, it is working with the College of Pharmacists of Catalonia and will soon be transferred to all establishments. Argimon has explained that the target population of the screening will initially be over 50 years old, since young people will go looking for it through sports entities, but he has already assured from the outset that this will be only one leg of the strategy and not a massive and total screening of the population: “We do not create false expectations.”

Although the Generalitat opened the door on Monday for pharmacies to carry out antigen tests, as requested by these establishments and as the Community of Madrid has been claiming, in the end this option has not been included in the new screening strategy. They do not rule it out, Argimon has influenced, and they continue working on a protocol in case it could be done. For this, the permission of the Ministry of Health would be required, while for PCR tests this will not be necessary, since pharmacies serve as a mere logistics center for distribution and collection.

The Minister of Health, Alba Vergés, explained that there will also be screening in vulnerable populations and work environments, and has announced the incorporation of 500 new professionals into the tracking circuit. In total, according to the Ministry, there would already be 3,000 people dedicated to this task.