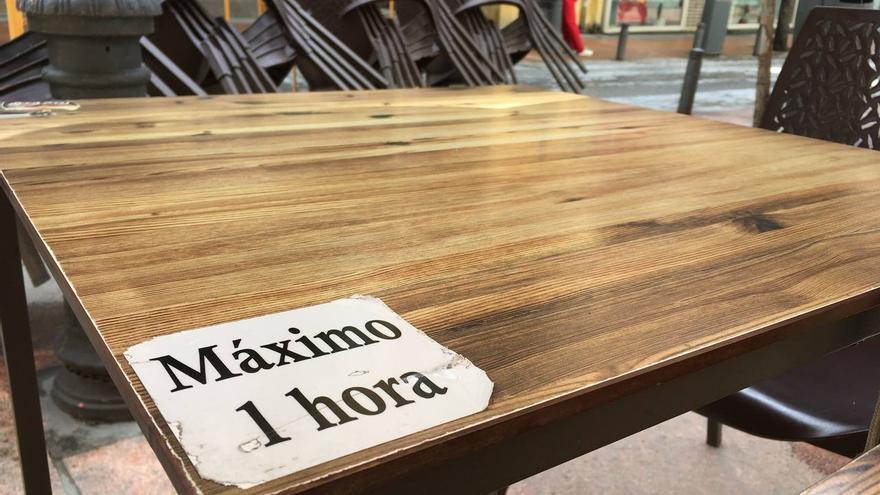 It’s Thursday, it’s raining in Madrid and on a terrace in the central Plaza de Santa Ana they have no qualms about serving a coffee. Another rooster would crow if it were Saturday or Sunday afternoon, when by house policy, only those who have eaten there are served coffee. On condition of not mentioning the name of the premises, your manager explains the following. “If you eat out there and you leave 150 euros, I don’t want you to come and have coffee here. And spend just how much? 4 euros?”, He says. “Today that it rains you would take it there, but when the weather is good people come, sit down, stay in the sun …”.

It is not a measure born with the pandemic, he clarifies. And it’s not even unique to your establishment. In the one next door they do the same. With the crisis they only have one waiter – who serves inside and outside – and if after eating people sit down to order coffees “they stay all afternoon and it’s not worth it”. This policy does not apply to soft drinks, beer, wine and glasses. A couple of kilometers to the east, in a bodeguita in front of the Retiro park, they clarify the logic of such a decision: coffee you have one, but wines or beers fall more.

There they also do not serve coffee in the afternoons to those who have not eaten there. In addition, a sign hangs in his window that says that “the maximum time of stay per table will be 1 hour and 30 minutes”. “We put it at the beginning, because the seats were more limited. We have few tables outside, people barricaded themselves and it was not profitable,” they say. More than an imposition, the poster was a way to cover your back if you had to ask someone to leave. Now that things have almost returned to normal, they hardly have that problem (they keep the poster out of inertia).

The coronavirus restrictions have disrupted the hospitality business. Even in communities like Madrid, which has kept bars open, there are capacity reductions and a curfew that reduces income from dinners. Many city councils have allowed to extend the terraces and have forgiven or lowered their municipal tax, Madrid among them. The business has moved to the outdoor tables and has introduced changes to its policies. Finding free space is an odyssey, so some bars limit the length of stay: with reservations, posters, lunch and dinner slots, shifts or, as in the previous cases, refusing to serve coffee so that customers do not linger.

The journalist Silvia Nanclares narrated on Twitter her experience in the Plaza de Santa Ana. “On the terraces they do not serve tea or coffee. And they tell you so wide. Only glasses and doubles,” he wrote. Vanesa Sánchez, another user from Madrid, replied that the same thing happened to her in a beach bar in Retiro. It was a Sunday. The coffee tactic is more common than it seems, according to several waiters consulted by elDiario.es. Andrés has been working at the Cervecería Alemana in Santa Ana for five years. “This is an old house and it does not place limitations on the clients,” he says. “But I have worked in other places in the square and it is true that they avoid serving coffee.”

In La Casa de las Navajas, in the El Rastro area, they clarify that they stopped serving coffee on the terrace before the virus. “More than ten years ago. We open the terrace at an hour in which if they sit us down with coffee they screw up our meals,” they say. “It’s a business issue. Not after eating, or anything.”

“Everything that is previously informed is legal”, says Emilio Gallego, general secretary of the Hospitality Industry of Spain. “Many establishments have a bar price, one in the dining room and one on the terrace. The price policy must be informed so that the customer does not find it a posteriori: from then on, it is a free market. And we think the teleworking, but you have to bear in mind that if a person sits down with a computer, asks you for a coffee and occupies a table on the terrace for three hours … In an office they would be charged by the hour. In these situations the sense works common. A good hotelier knows how to treat his customers. “

On the tables at El Rincón del Pez there are “Maximum 1 hour” stickers that were not there before. The sidewalk is wide and its terrace occupies half (in normal conditions, they put between ten and eleven tables). They consider that there are few and they want everyone to enjoy a table outside, so they limit the time. It does not matter if there is one person or five, if they consume a coffee or several drinks: the measure is for everyone. And, even if they do not indicate it, they give priority to customers who intend to eat. A client consulted by elDiario.es tells that, on the weekend, they told him that if he sat down it had to be for that. “It seemed abusive to me,” he says.

“It is not the same to give coffees as meals,” justifies one of the waiters. “If someone is waiting to eat and someone else occupies a table with a soda, what do you do? It is normal.”

“The establishments tend to separate areas and uses, and set up the tables at lunch and dinner time. When meal times begin, the waiter will tell you,” continues Gallego. With the pandemic, the terraces take reservations (which are sometimes also limited in time) and put strips where you can only sit down to eat. “The dinners begin at half past seven. So a little earlier we warn the customers that they are seated to leave or stay for dinner, but there should be no problems,” explains the waitress of a downtown bar.

In addition, Gallego continues, “the setting of two shifts on the terrace is becoming generalized, two times for lunch and two for dinner. Yesterday he told me about a bar in Vallecas that is working for them.”

Regarding the limitation of time, regardless of consumption, the spokesman for Hostelería de España believes that it is not generalized. “But it is true that popular sites need greater rotation. In the end, what we sell the least is food and beverages: the experience and the moment are sold. And, within that, the important thing is the environment, the use of space. the same a terrace as the interior, “he adds. “And you have to understand the fees you pay for having terraces. What I would do would be to set a minimum consumption. 6 euros. If you don’t like it, find another place.”

What does the law say? What rights does the consumer have? We went to Facua. “Cafeterias, bars and restaurants are subject to the law of public entertainment and recreational activities,” explains Jesús Benítez, a member of the legal team. They can exercise their right of admission to prevent access to those who behave in a violent way or cause annoyances, but not use it to “restrict access in an arbitrary or discriminatory way”. And they must always report on the conditions.

That for one thing. For another, the consumer protection law considers infringement the “unjustified imposition” of minimum quantities and “the refusal to satisfy the demands of the consumer, whatever their nationality or place of residence, when their satisfaction is within the employer’s availability, as well as any form of discrimination”. If a bar does not serve coffee to the one who does not eat there even though they have it, it could be considered discrimination.

The problem is that, like everything else, the regulations are interpretable. “We could sustain the abusiveness of this type of practice, either by imposing the consumption of minimal quantities, by imposing eating on the terrace or by giving discriminatory treatment. But it can be argued that they are legal: that different services are provided in different spaces, or that I as an entrepreneur decide what service I provide as long as I ensure the prior information to the consumer “, continues Benítez. Information can be given on posters or verbally. “In the event that this type of conditions is not previously reported, I think it could undoubtedly be reported,” he says.