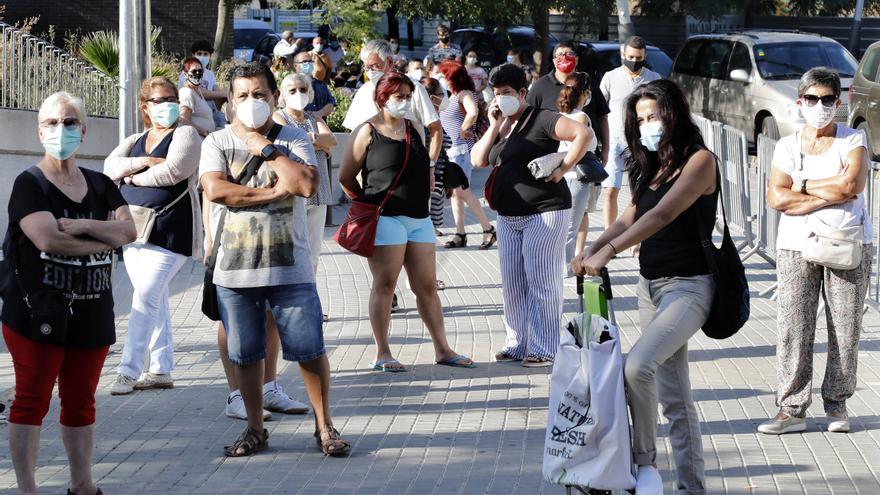 Politicians are the first who do not believe in institutions. Or at least they only believe in them when circumstances favor them. If this is not the case, they ignore what the law says, their spirit and what they themselves said long ago. The PP considers itself the lord and master of constitutionalism – regardless of what that means – and now refuses to negotiate the renewal of the General Council of the Judiciary, established in the Organic Law of the Judicial Power, despite the fact that pending since the end of 2018. The PSOE claims to be a great defender of municipalism and now does not allow municipalities to spend their surplus on social measures (as the PP also imposed years ago). Ciudadanos says that “the Government has washed its hands of the daily management of the pandemic”, when the management of health and education is in the hands of the autonomies. It is they who decide how many doctors, nurses, trackers and teachers are hired, because they are also the ones who pay their salaries. And in politics, who pays, rules.

“He has left us to the good of God,” said Carlos Carrizosa, from Ciudadanos. One part of that criticism is not wrong. Only the last word fails. The Government of Pedro Sánchez has left the Spaniards “to the good” of Díaz Ayuso, Feijóo, Torra, Urkullu and others. All of them were elected after elections and investiture votes. They have the legitimacy and the powers, but several have preferred to look to Madrid while waiting for inspiration to arrive. Or maybe when the outlook started to get worse in August and it was seen that the summer was going to end badly, they came to the conclusion that they did not want to carry all the brown and should look for “explanatory goats”, as Les Luthiers said.

What is undeniable is that Sánchez decided that August would be the regional special month and went into second or third place. In the spring the opposition had cremated him for managing the crisis. The PP ended up voting against the extensions of the state of alarm and boasted that the Madrid government had defeated the coronavirus and saved Spain. “They hold us hostage and gagged”, reported Isabel Díaz Ayuso in May. They have applied “a 155 sanitary,” said Quim Torra, also in May.

The ‘hostages’ emerged from their cells in the summer, blinded by light and responsibility. Sánchez handed them the keys and wished them good luck. He grabbed his suitcase and sunglasses and went on vacation. Let’s see how you do this. If you have a problem, don’t call me. I’m going to have my mobile turned off. Fernando Simón will be in contact with your people.

During the Rodríguez Zapatero governments, there was a health emergency of influenza A and two other minor crises. Compared to the coronavirus, they were almost a joke, although they could have serious financial repercussions. The competences were also in the hands of the autonomies at the time, but the Ministry of Health carried out a coordination task that made things easier. Nothing that is happening now is unprecedented. This time, Sánchez decided that for a time others should go through the meat grinder.

Seeing that the governments he presides over in Madrid, Galicia, Andalusia or Castilla y León began to burn, the leaders of the PP offered two answers: there were those who accused Sánchez of being lying on the deck while the cases increased and those who said that he was lying in the hammock. It is a very disciplined party regarding the message and nothing happens if you have to ignore which institution has the powers. They did not mention Díaz Ayuso, who has been on vacation for a good part of August (it is a right for all workers and also for politicians) or doing yoga in his office, because he has not been heard much. The hyperactive Ayuso has let his advisers carry the weight of the public response to the reality that Madrid is once again at the top of the ranking of confirmed coronavirus cases. The bad data from the south of the capital and from the community have forced the Madrid government to recommend that citizens “try to stay at home in the areas where there is a higher incidence of cases.” At the same time, it rules out confinement by zones.

“We know that people do not follow our recommendations,” the deputy minister of Public Health, Antonio Zapatero, has complained. Bad business if the only card left to a government is to blame the people.

If all this sounds like an apparent contradiction, in Moncloa they should not laugh at the evil of others, because it may be that in September it will be the turn of the central government to launch similar messages.

This is the week in which the Government resumes its activity and it remains to be seen how it will affect its relations with the CCAA. On Tuesday, there is a Council of Ministers and the Secretary of State for Education meets with the regional vice councilors. Two days later, three ministers will meet with the counselors of Education and Health. Díaz Ayuso will give a press conference on Tuesday with his head of Education.

The starting position of the Ministry of Education: it was already agreed in June that the return to school took place on the usual dates and in person. What happens is that, in terms of the evolution of the pandemic, June is no longer worth much. It is as if they were referring to the previous legislature. If the Ministry insists that classes must be face-to-face, it is very possible that I’m selling a chimera. The only viable way out would be to completely reverse the trend in the increase in infections that has been seen in recent weeks. The increase is evident in other European countries, but the data for Spain are much worse. 19,382 new infections from Friday to Monday, 5,992 in Madrid and 3,570 in Catalunya.

Another notice of Education has been to remember that 2,000 million euros were allocated from the Covid fund for Education and almost 260 million for the Educa en Digital Plan. I mean, spend the money and then we’ll talk.

Public discourse on the pandemic is crumbling. We have politicians demanding that people control their social relationships and many people accusing governments of not doing their job on social media. Both have their share of reason, although in this competition there are no winners if someone loses. The authorities are not in a position to return to the total confinement of the spring – Macron has also ruled out it in France – because the economic impact would be unimaginable and because they are not even convinced that it will be respected as it was done then. We have an evident deficit of trackers in Madrid (“in each area today, in the last week alone, there are hundreds to thousands of positives who have not been called. We have not done anything with them. We have lost control of the pandemic. It’s criminal to say this is under control“An epidemiologist told El País). We have judges who are dedicated to playing the role of amateur epidemiologists and they decide in which populations basic restrictions apply and in which not. We have outbreaks at weddings, discos, family meals in which the majority of attendees end up infected, and even in brothels (who would have thought that social distancing and sex were difficult to reconcile). And we have a bullfighting fair scheduled in Alcalá de Henares, Madrid, with capacity for more than 4,000 people that can generate images that will be seen in the rest of the world as an example that Spaniards have lost their minds by spending too much time in the sun.

It can always get worse, but you have to try hard.