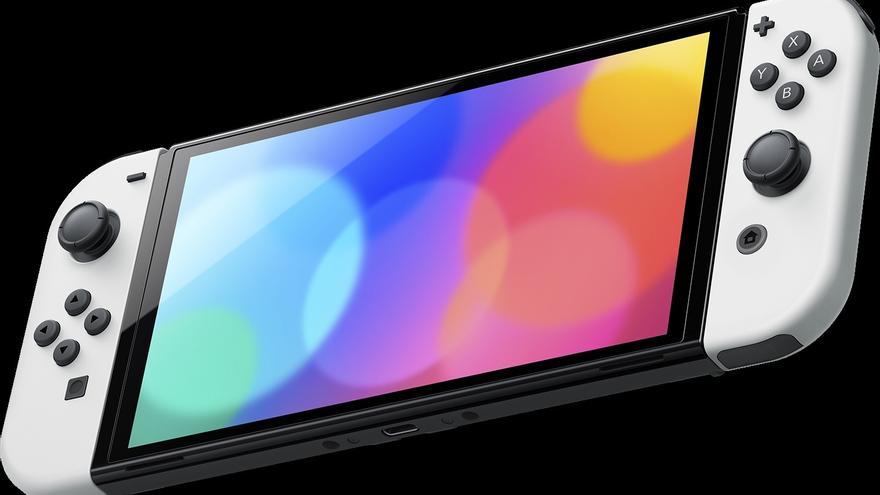 Madrid, Jul 7 (EFE) .- The Japanese company Nintendo has announced this Wednesday the arrival of its new Switch OLED console, a slightly improved version with respect to its predecessors (original Switch and the Lite version) and that the next October 8, this video game giant reports in a statement.

The main novelty of this device is its OLED screen (organic light-? Emitting diode) of greater size (7 inches compared to 6.2 of the previous ones) and more quality in terms of contrasts and more intense colors both in its portable version as in desktop, according to a note.

However, in television mode the image quality has not changed with respect to the original and maintains a high definition (HD) resolution of 720p (1,280 by 720 pixels).

What does vary slightly in its design, being a little wider (from 239 mm to 242), having a thinner frame and, due to its increase in size in terms of inches, it also weighs slightly more (from 297 grams to 320).

Other big changes is that this OLED version doubles its internal storage, going from 32Gb expandable with microSD cards to 64Gb, and incorporates an adjustable vertical bar to give much more stability and play with the angles when putting the console on its feet. and an Ethernet LAN port input with which an internet cable can be connected in a more direct way.

Except that the sound also undergoes a slight improvement thanks to the new integrated speakers, the rest of the features are the same as the original: an NVIDIA Tegra processor, Bluetooth 4.1, maximum video output resolution at 1,920 by 1,080 px and 60 frames per second, the battery will continue to last 4.5 to 9 hours maximum and keep the same USB ports.

What does not change is its triple way of use: the portable mode so that players can take the console anywhere, the desktop mode in which the new adjustable vertical bar comes into play to stand up and be able to play through the Joy-Con controls and TV mode to connect directly to a large screen.

Nintendo Switch OLED will go on sale in Spain on October 8 at a price of 349.99 euros in two models: white and blue / red.