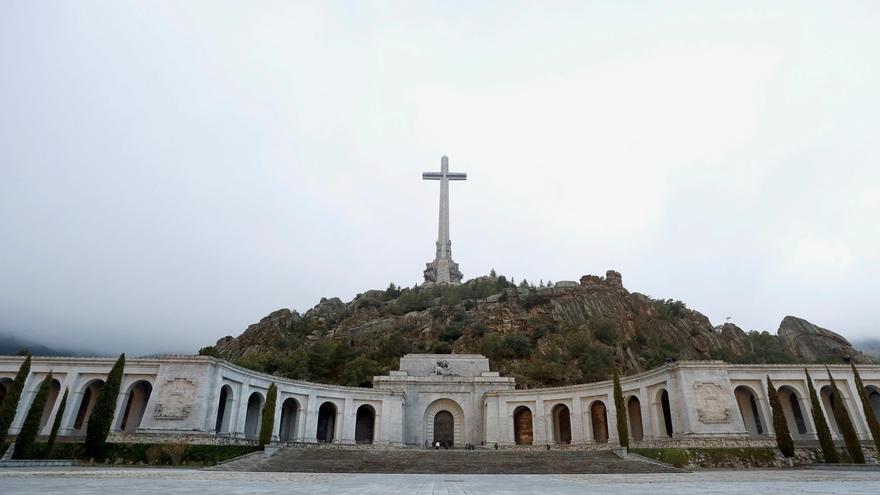 Santiago Cantera and the Benedictines will not leave the Valley of the Fallen for the moment, but the Government will turn off the tap. This is one of the main consequences of the future Democratic Memory Law that the First Vice Presidency will present next Tuesday in the Council of Ministers, as elDiario.es has learned. A rule that seeks a “resignification” of Cuelgamuros and that will eliminate the power that the friars retain over the whole, by suppressing the Foundation of the Santa Cruz del Valle de los Caídos.

As advanced Infolibre, and this newspaper has been able to confirm, the future Democratic Memory Law will extinguish the Foundation of the Santa Cruz del Valle de los Caídos, “because its aims are incompatible with constitutional principles and values.” What does this mean? That from that moment on, the congregation will no longer receive the 340,000 direct euros per annual transfer of Assets. And, what is more important: Cantera and its people will not have any jurisdiction over the management of the complex (basilica, Hospedería and surroundings).

No competences for exhumations

The government cannot evict the Benedictines from Cuelgamuros without risking an international conflict with the Vatican, but it can cut off the resources that the friars use through the foundation, which will complicate their survival. As reported by elDiario.es, the intention of the Executive is to hand over the management of the basilica –and the ossuary– to the Archdiocese of Madrid, so that the religious will not have any type of competence in cultural matters or in the matter of exhumations.

In fact, the future regulation explains that the Government will attend to the exhumation claims of the family members. “In the case of technical impossibility of exhumation, reparation measures of a symbolic and moral nature will be agreed,” the letter provides, which also makes it clear that only the remains of those who died as a result of the Civil War may rest in Cuelgamuros, and puts in question the current location of the tomb of Primo de Rivera. In fact, the law aims at “the relocation of any mortal remains that occupy a preeminent place in the compound.” The “Pantheon of Illustrious Men”, in fact, will be renamed “Pantheon of Spain”.

The Valley of the Fallen will be considered “a place of democratic memory” whose “resignification” will be destined to make known “the circumstances of its construction, the historical period in which it is inserted and its meaning”, states the rule, which will prohibit the acts of exaltation of the Civil War and the dictatorship.

A million in unjustified expenses

What money do Benedictines receive from the State? The last known figure dates from 2018, when the Transparency Portal detailed that the monks receive 340,000 direct euros, per annual transfer. In the same way, all repairs, such as the arms of the cross or the doorway of the basilica, are also paid by the State, as well as the salaries of the Hospedería and the security personnel of the complex, which represents an investment of one million euros. euros per year. Until now, this money was managed by the Foundation. His hypothetical disappearance would make it directly National Heritage who would dispose of the destination of those funds, and not the friars.

Regarding ordinary expenses, the Government has paid in a year 72,033 euros in fuel for the Benedictine order, 5,778 for books, almost 10,000 euros in expenses of worship, another 10,000 in clothing and 8,441 euros in excursions organized by the religious. In 2013, the Court of Auditors warned of the lack of a serious budget for the Foundation’s expenses.

The situation of the Fundación de Valle was already raised by the 2007 Historical Memory law, which commissioned a Commission of Experts that, among other tasks, should “update and define both the legal regime of the Santa Cruz del Valle Foundation of the Fallen as the statute of the Benedictine Abbey “. Among its conclusions, the aforementioned commission called for “converting the current Foundation into a Royal Board” so that it would be “under the strict dependence of the Government without prejudice to the appropriate collaboration agreements with public or private institutions”, while advocating to generate a new agreement with the Church that would clearly differentiate “between religious obligations and those of worship and the rest of the obligations and competencies that the administration and management of the Valley entail.”

The Commission’s report was delivered on November 28, 2011. Eight days before, another 20-N, Mariano Rajoy devastated Pérez Rubalcaba in the general elections. The absolute majority of the PP and its close ties with the Catholic Church (Rouco in Madrid, Benedict XVI in Rome) made the proposal be relegated to oblivion. Until now?