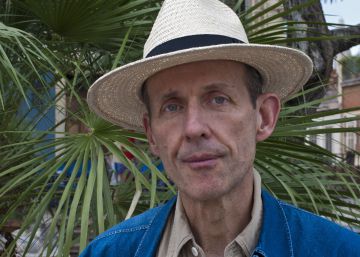 Leon Sadorski not only persecute Jews because they have ordered it. He hates them and does not hesitate to use the most derogatory, hurtful and deeply anti-Semitic terms of the French language – “youtre”, “youpin” – when referring to them. It is not clear whether he hates them as much or more than the communists, his other obsession. In any case, he loves to play cat and mouse with Jewish citizens and then stop them – at least those who fail to get a good bribe in exchange for letting them go – and send them, without great qualms, to Drancy, just outside Paris, sadly known as the antechamber of the Auschwitz concentration camp whose release has just commemorated the 75th anniversary. We are in Paris in 1942, in full Nazi occupation. Sadorski is a police inspector in the “Jewish section” of the intelligence department in the French capital, under the Vichy collaborative regime of Marshal Pétain, of whom he declares himself a faithful follower because he considers him a “patriot.” In addition to anti-Semitic and anti-communist, Sadorski is the protagonist of the Romain Slocombe trilogy of black novels that place the reader in a scenario as well known as Paris but in an unusual but absolutely authentic and creepy environment: that of collaboration so widespread in much of France during World War II, but that, for decades, was conveniently forgotten or made up.

“Sadorski is horrible and is a son of a bitch. A macho and a sexually obsessed. But he is human, in the sense that his defects and desires are typically human, ”Slocombe describes his protagonist for Babelia. He is a character full of contradictions that are more evident than ever when he decides to hide in his house a neighboring Jewish teenager whom he saves from the terrible the raid of the Vel d’Hiv of 1942, in which 13,000 Jews were deported to Nazi death camps. A feature of humanity, mere lascivious view of the sexual obsession that the inspector shows with the young neighbor, or a coldly calculated maneuver to keep his back in case, as it seems increasingly clear, the Germans are not going to win the war ?

Sadorski “is not the bad guy. He is neither a monster nor a serial killer, nor a 100% Nazi, ”Slocombe said without clarifying the doubt. “In fact, he hates Germans, who he considers fools and arrogant. But he admires its effectiveness in police repression. He is a small bourgeois upstairs and briber who loves order. That type of individuals who, in Germany, composed the electoral base of Hitler’s party in the early 1930s, ”says the writer (Paris, 1953) in a long email.

After the appearance in 2017 of L’étoile jaune de l’inspecteur Sadorski (The yellow star of Inspector Sadorski), the second volume of Slocombe’s novels – which have not yet found an editorial ready to translate them into Spanish, regrets its editor, Glenn Tavennec, of the Robert Laffont publishing house -, the saga continues with the appearance in October of the fourth volume and first part of the second trilogy, dedicated to the collaboration with the Gestapo and that will arrive, Slocombe promises, until the liberation of Paris.

The newspaper Le monde He pointed out that it is difficult to find in the black novel a more “unfriendly” inspector than Sadorski. But that, at the same time, exerts an irresistible appeal, if only for the naive need to believe that something good has to have this character so repellent that it nevertheless hooks the reader page after page (and Slocombe’s novels do not fall short of the 400).

“In general, in the novels located in the occupation, the hero is either a resistant or a Resistance sympathizer (private detective, journalist, police, etc.) or a victim (a young Jew, for example). Then there are the intermediate, more ambiguous characters, such as the German policeman Bernhard Gunther in the Philip Kerr series, ”Slocombe explains. “I wanted to go even further: not making any concessions, or respecting any taboo, and creating a truly abject hero from which the reader, at the same time disgusted and fascinated, cannot take off until the end of the story.”

In addition, Slocombe, of Franco-British origin, adds, “Léon Sadorski is the perfect guide to introduce the public today in Paris from 1942-44 and show him how things really happened.”

And the “real” things, in the Paris of the occupation, were far from being that constant string of courageous acts of resistance that have highlighted much of the literature and cinema of recent decades (with very honorable exceptions). French history also wrote it, day by day, thousands of citizens who not only did not turn against the Nazis or the Vichy regime – which, let’s not forget, actively and enthusiastically collaborated with the occupying force – but cheered and helped them denouncing Jewish compatriots and political opponents.

Some scenes that Slocombe describes with great skill and great detail, which for this purpose has been based on abundant documentation, such as the archives of the prefecture of Paris police, freely accessible for the period of the occupation, he explains, or the collaborative newspapers that They can be downloaded from the National Library. With this material, Slocombe builds an atypical black novel — he admits to having “voluntarily demolished” the “traditional codes” of the genre — where cases are just an excuse to better describe the grim panorama of Paris in World War II from the unusual perspective of the collaboration from within.

Sadorski’s novels are preceded by a notice that “neither the author nor the publisher endorses the statements of the main character” in the books. “But they are the reflection of his time, as others who expect us,” the note adds to the reader. A necessary warning, consider Slocombe. Just these days, the French Ministry of Interior noted a 27% increase in facts – actions and threats – anti-Semitic in 2019 compared to the previous year. Therefore, Slocombe insists, it is important not to forget history. There is Sadorski, then, for a while.