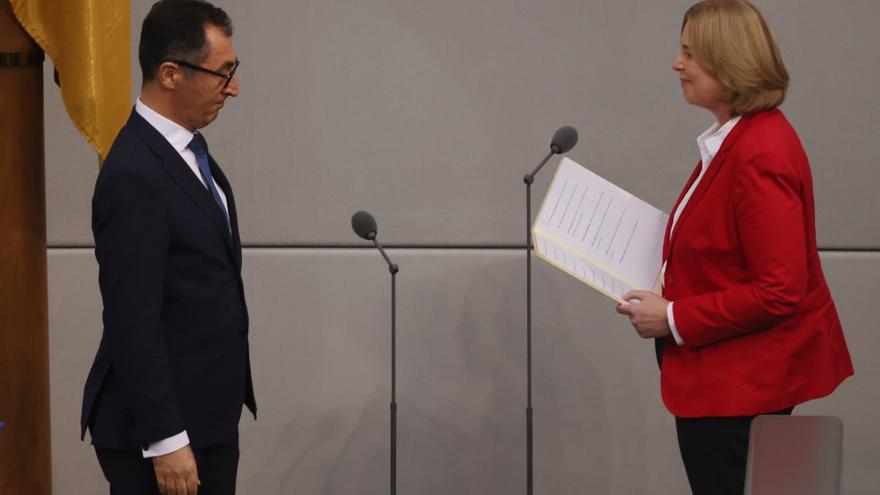 The new head of the German Ministry of Agriculture and Food, the environmental politician Cem Özdemir, has launched a crusade against the "junk prices" that in his opinion are offered by the country's large supermarket chains, such as Aldi or Lidl, and lead to the "ruin" to farmers and ranchers, which has led to a confrontation with these brands, which attribute the low prices of their products to strong competition in the sector and their purchasing power.

After sixteen years of Government of Angela Merkel, in which that ministry has been in conservative hands, Özdemir has shown wanting to give a new impetus to an area in which, in his opinion, little or nothing has changed. That Merkel had a minister who at the time declared war on "cheap meat" has not served, in her opinion, to improve the situation of food producers. And the German countryside continues to complain about the need for "fair prices."

In the first big interview he gave to the Sunday newspaper Bild, the most widely read in Germany, Özdemir criticized the "junk prices" of supermarkets that in his opinion lead to the "ruin" of farmers and ranchers.

Thus, his ministry has "three important objectives": "Good income for farmers and ranchers, healthy food for all and improve the conditions of animals and the protection of the environment and against climate change."

"Germany generally eats too unhealthy. More than half of adults are overweight. It is especially scary that young people already suffer from circulatory diseases, blood pressure or diabetes. The reasons for this are too much sugar , fat and salt, especially in processed products ", according to the minister's analysis.

"Germans like good cars more than good food", was the great headline that left the interview with Özdemir, a historical one of the greens who in 1994 made history as the first German deputy of Turkish origin. In December, he attended his inauguration as minister riding his bicycle to the Bellevue Palace, seat of the German Presidency. He chose this means of transport "because I am faster" and "because it is healthy," he explained to Bild.

Waiting to see if Özdemir, probably the most famous vegetarian in the new government led by the Social Democrat Olaf Scholz, manages to change the eating habits of the Germans, so far what he has managed to do has been to oppose the big chains of supermarkets in a country with practically all-powerful firms such as Lidl, Aldi, Kaufland, Rewe or Edeka.

In Germany's saturated food distribution market, competition is largely based on the best price, "the lowest," according to a notorious and criticized campaign by the supermarket chain Edeka. It is precisely this way of understanding the business that the criticism of Özdemir's "junk prices" was directed.

But the big brands have not been slow to organize their defense. The Kaufland chain, which has a turnover of 23,500 million euros and employs some 139,000 people, has shielded that its prices are based on "supply and demand" and competition. This was explained in the economic pages of the Frankfurter Allgemeine Zeitung newspaper.

In that same newspaper, Aldi have also defended themselves noting that their priority is to offer "the best possible quality at the best price." That Aldi traditionally bases its business on the sale of products with discounted prices is due, according to its explanations, to its ability to place large orders from producers. That power is actually attributable to any of the powerful German supermarket chains.

"We can offer our products so cheap because, as a company specializing in discounts, we buy in large quantities. We can use very tight structures and we have a select range of products," they explained at Aldi.

It so happens that companies like Aldi itself have committed, starting in 2025, to eliminate their stocks from farms whose products are registered as originating from animals raised indoors. Thus, priority is to be given to meat products from animals raised outdoors or with "premium" or "organic" labels. Similar measures are to be implemented in Kaufland.

But those "premium" or "organic" products, of course, are more expensive. And here comes another warning from Özdemir to the sectors concerned by his ministry. "Food should not be a luxury product," according to the German agriculture minister.

And he is concerned about what can happen to basic products such as food in a context of rising prices throughout Europe. As revealed last Thursday by the German Statistics Institute, in December, inflation in the country stood at 5.7%, after the peak of 6% reached in November.

This concern about possible inflationary tensions has already been expressed from the institution that brings together in Germany care organizations for the most disadvantaged, the Parity Association.

Its president, Ulrich Schneider, has regretted that Özdemir has focused on prices when defending his vision of agriculture and livestock. "The fact is that the necessary ecological transformation must go hand in hand with a good social policy," Schneider reminded the minister of Los Verdes.