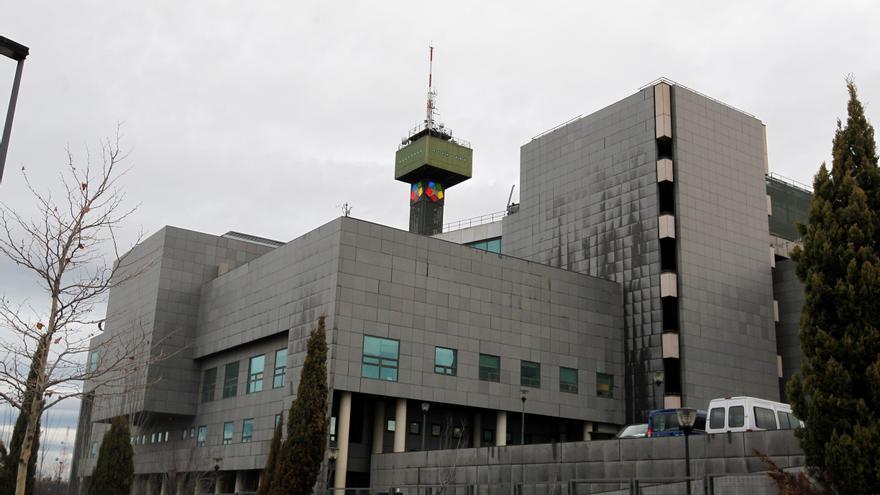 Madrid, Jul 8 (EFE) .- The change in the method for appointing both the general director of Telemadrid and the board of directors that will foreseeably be approved this Thursday at the Madrid Assembly is an atypical and peculiar case in the election system of the heads of the regional televisions.

The legal reform, which will go ahead in the Plenary of the Madrid Parliament with the votes in favor of the PP and the abstention of Vox, will change the composition of the members of the board of directors of the public television of the Community of Madrid, which will exclude organizations professionals and will be occupied only by persons designated by political parties.

The mandate of the general director will also be reduced from six to four years, so that the current incumbent, José Pablo López (appointed in February 2017), would cease in office as soon as the reform came into force.

The modification also provides that if there is no agreement of two thirds of the Assembly to appoint a new general director, the Government of Isabel Díaz Ayuso may appoint a provisional administrator for whom only an absolute majority is required.

A decision that recalls the appointment as sole provisional administrator of RTVE of Rosa María Mateo in 2018 through a decree law of the Government of Pedro Sánchez and that has just been declared by the Constitutional Court contrary to the Constitution, by violating the fundamental right to citizen participation through the media.

Also in 2018, the Canarian Parliament approved a law that regulates the operation of Radiotelevisión Canaria and determines that it is the Parliament of the Canary Islands that must elect the president of the regional channel and the Control Board.

But the lack of agreement in the Canarian Autonomous Chamber on the candidates to this body has caused the delay in the election of the president, and since 2018 the channel has been managed by a single administrator.

The last attempt to elect the governing bodies was in June and also ended in failure due to the lack of consensus among the parliamentary groups, which is why the Government of the Canary Islands has approved a decree-law that extends the powers of the sole administrator.

However, with this legal amendment, the election formula for Telemadrid executives is very unusual within the autonomous television panorama.

In Catalonia, the Parliament approved in 2019 a change to the law of the Consell de l’Audiovisual de Catalunya and that of the Corporació Catalana de Mitjans Audiovisuals, by which the Consell de Govern (board of directors) goes from six to seven members who must be chosen by the plenary session by a two-thirds majority on the proposal of at least three parliamentary groups.

In addition, the law establishes introduces the public procedure for selecting candidates for the positions of media director. In other words, the Consell elects the directors of TV3 and Catalunya Ràdio, but through a public contest.

The election of the nine members of the Board of Directors of Radio Televisión de Andalucía and the head of the General Directorate is made by the Parliament of Andalusia by a reinforced majority of three-fifths and their mandate lasts the same as the legislature, although they remain in their functions until the election of those who replace them.

This model was agreed in June 2019 by all parliamentary groups (PSOE, PP, CS, Adelante Andalucía and VOX) and came to modify the 2007 Law, inspired by the reform of RTVE by José Luis Rodríguez Zapatero, which separated the mandate of the Board of Directors and the General Directorate of the parliamentarian, by placing it at six years.

In Galicia, the board of directors of the Galician public television is elected for terms of five years, with a maximum of two, and is made at the proposal of the parliamentary groups.

The candidates have the obligation to appear in committee so that the deputies evaluate their suitability to occupy the position of directors.

Subsequently, these directors are submitted to a parliamentary vote from which they will be elected if they have a two-thirds majority, so that an absolute majority does not guarantee the election of the members of the board of directors.

The general director of EiTB, the Basque public radio television, is proposed by the Basque Government and elected by half plus one of the 75 parliamentarians of the Autonomous Chamber. His mandate is for four years and if a qualified majority (38) is not achieved to appoint another person at the end of the legislature, he should continue in office.

As for the EiTB Board of Directors, it is elected by the parliamentary groups and the proposal must be supported by two thirds of the Vitoria Parliament.

The process of electing the president of the Governing Council of the Valencian autonomous radio television, À Punt, begins with the public announcement of the Audiovisual Council of the Valencian Community, which selects a maximum of three candidates, who must appear in the Cortes, which it elects by majority of two thirds to the person who occupies the Presidency of the corporation.

If the necessary majority is not obtained in the first vote, a second vote will be taken in a new plenary session, which will only require a three-fifths majority. And, if this last majority is not obtained in the second vote, a third vote of the person proposed will be made in the next plenary session and it will be enough for said candidacy to obtain an absolute majority.

The Board of Directors of the Aragonese Radio and Television Corporation (CARTV) is made up of sixteen members. Fifteen of them are elected each legislature by the Cortes of Aragon by a two-thirds majority. If the two-thirds majority is not reached, the absolute majority is valid. The other member is appointed by the CARTV Advisory Council from among its members.

The general director is appointed by a two-thirds majority of the Cortes de Aragón at the proposal of the Board of Directors. If this majority is not reached, Parliament elects it by an absolute majority.

In Asturias, the nine members of the board of directors of the Public Radio Television of the Principality, including the general director, must be elected on the proposal of the groups of the autonomous parliament by a two-thirds majority in the first vote or by an absolute majority in the second.

All are elected for a period of six years, although once the mandate has expired they can continue in the exercise of their functions until a new one is constituted.

To proceed with the appointment of an acting director, the decision must be taken by a two-thirds majority of the board of directors until the parliament appoints a new one.

The Balearic Islands have a specific law on its regional radio and television, IB3. The general director and the board of directors are appointed by the Parliament with a three-fifths majority for a period of six years.

The Board of Directors of the public entity of Radio-Television of Castilla-La Mancha is made up of thirteen members elected for each legislature by the Cortes by a two-thirds majority. In the event that this majority is not achieved in the first ballot, an absolute majority in the second ballot is sufficient for the election.

At the end of a term, the Board of Directors continues in office until the one that succeeds it is elected.

The Extremadura Assembly is in charge of approving the composition of the board of directors of the public company Corporación Extremadura de Medios Audiovisuales, which is made up of nine members elected by two thirds.

The general director is proposed by the Government of the Junta de Extremadura after his election through a public contest and his appointment must be ratified by the regional Parliament by a qualified majority in a first vote, and by a simple majority if a second is required.

The law does not contemplate alternatives to a possible blockade due to lack of agreement in the election of the CEO and the Board of Directors, something that has not happened since its creation. However, it does reflect that the CEO will remain in office until the appointment of his successor.

The election of the director-manager of the Ceuta Public Radio Television entity is carried out within the Board of Directors of this company, dependent on the Ceuta Government.