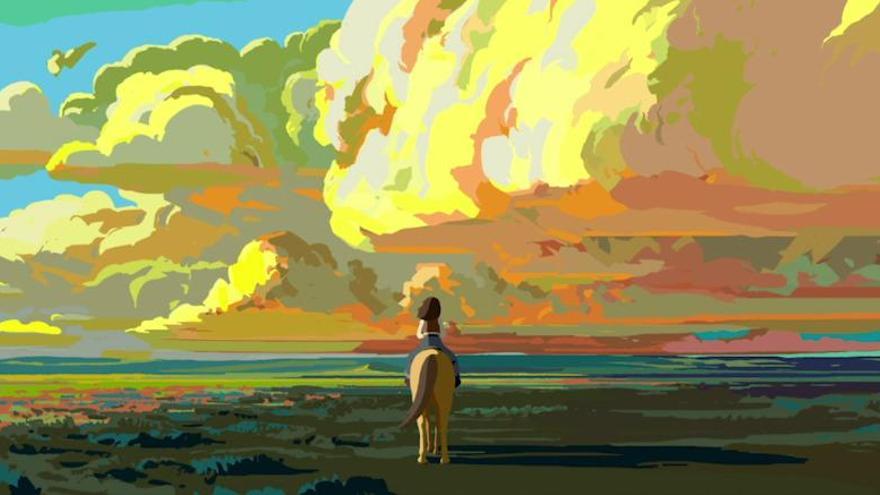 Martha Jane Cannary, better known as Calamity Jane, was born in 1856 in Princeton, Missouri, and this is one of the few certainties that exist about her life: she was one of the most famous explorers of the American West. The origin of the nickname that made her famous is not even well known: it is said that she unleashed calamities if she was opposed, especially when she was right. Although also that calamities used to occur when he raised the elbow, something that apparently he did quite often.

Beyond a biography that he dictated in 1896, the correspondence he maintained with his daughter -that Anagrama published in Spain with a translation by Joaquín Jordá– and the studies of experts such as Richard W. Etulain, only the legend remains. It is said that she was the best holster of her time, that she was a reckless stagecoach driver, and that she performed in the Buffalo Bill circus. Also that she was one of the few women who fought under George Armstrong Custer in the so-called Indian Wars, and even that she had an affair with another myth from the Wild West, the Sheriff Wild Bill, and then avenged his death after being assassinated. in a poker game ...

Calamity, the new film by French animator Rémi Chayé, is at the origin of all these legends. An animated jewel, Best feature film at the latest edition of the Annecy Festival –the most prestigious specialized animation competition in the world–, which tells the story of Martha Jane Cannary's childhood. Your journey through the Rocky Mountains in a wagon train packed with hungry and God-fearing pioneers. When an event forces her to leave the convoy, the young woman will earn her nickname that said that calamities accompanied her. Or was it that he managed to prevent them from happening?

Martha Jane is ten years old but a series of normative impositions already weigh on her that she has not chosen and that she is not willing to abide by without question. Her mother passed away before they set out on the trip to Oregon, she is the eldest of two other siblings and her father does what he can in a community of settlers in which they do not quite fit in.

The others tell him that his place is in the wagon, among pots and cloth, preparing food and washing clothes. Meanwhile, his father and the rest of the men in the convoy go hunting and watch over the cattle ... until the pater families de los Cannary suffers an accident that will render him immobile.

Then Martha Jane proves to be more than capable of skillfully lassoing, controlling and treating animals. But far from achieving the acceptance of others, his defiant attitude generates rejection. Neither does his short hair or his wearing pants - the best way to ride - help. One day they will accuse her without foundation of having committed a robbery and, fed up with everything and everyone, the young woman will undertake a trip to find the real thief.

Thus begins an adventure that recovers the spirit of Huckleberry Finn and Tom Sawyer, to tune in with a properly contemporary sensibility, both thematically and formally. A young woman who refuses to accept the social imperative and the gender roles assigned to her, embarks on a journey whose destiny is none other than to find herself, while demonstrating the stupidity of rejecting a community in which there is widespread violence. mental closure.

Fully aware of the emancipatory potential that beats in the history of Calamity, Rémi Chayé films an impeccable second feature film of healthy adventure, light emotional development and measured political pulse. In a way, reformulation in a western key of what was his debut, The roof of the world, whose protagonist traveled a very similar journey to the North Pole. Only here the framework of one of the foundational genres of cinema enhances its virtues to astonishing limits.

It is stimulating to see how a certain feminist approach to the western world currently manages to offer some of the best films of our time without renouncing the aesthetic roots of the genre.

As the doctor and film critic Paula Arantzazu Ruiz pointed out in Cinemania, the myth of Calamity Jane had already been adapted to the cinema on multiple occasions, in films such as The Plainsman (1936) by Cecil B. DeMille, Pale face (1948), by Norman Z. McLeod or musicals such as Doris Day in the West (1953) by David Butler.

The value of this new approach lies in turning a famous character, often abused by fiction, relegated to the comic relief or romantic interest of the male hero of the day, into an active subject in history capable of connecting with a current audience, and appeal to your concerns today from a historical account.

It's more, Calamity seems at times to establish a fruitful dialogue with Meek's Cutoff or the most recent First cow, both films by director Kelly Reichardt. In his conception of landscape, nature becomes a space that not only marks the success or failure of human activity, it also establishes a symbiotic relationship with it - as long as it is known and respected.

All this filtered by an incredible staging that at times makes Calamity on a canvas of expressionist inspiration, epatante and singular. A titanic production effort in view of the numbers: we are talking about a film made of 57,600 drawings that give life and fill 82 minutes of film with color. A chromatic explosion that wisely seeks and finds new ways to show us a total of 980 different spaces.

In short, a film that proves –yes, again, again– that animation is not a genre or a technique: it is a way of thinking about cinema. In this case, an inspired and hopeful way to reinterpret a genre as classic as western.