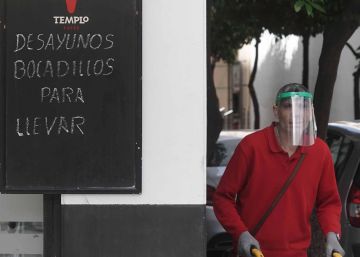 The Official State Gazette yesterday published the royal decree law that sets out the conditions to renew the temporary employment regulation files (ERTE) until June 30. This new regulation came into force yesterday.

One of the keys to this rule is the differentiation between ERTE of total or partial force majeure. In the former, all the workers of a company affected by an ERTE will remain with their suspended employment because the sanitary restrictions do not allow to resume their activity. However, in partial ERTEs, the company may gradually incorporate part of its workers into their jobs. In these cases, the decree specifies that companies must “give priority to the adjustments in terms of shorter working hours”.

But what should a company do to transform a total ERTE into a partial one? The regulation indicates that the first thing they must do is notify the labor authority of the total or partial resignation of the authorized ERTE, within 15 days from the date of said resignation. In addition, the company or the self-employed employer will have to communicate to the State Public Employment Service “those variations that refer to the termination of the application of the ERTE with respect to all or part of the people affected, either in the number of these or either in the percentage of partial activity of his individual day ”. And, therefore, to transfer to this body the variations regarding unemployment benefits generated by the ERTE.

In any case, this text specifies that the withdrawal or reduction of these benefits will only be made after the mandatory communication of the company to SEPE due to the resignation of ERTE.

This same process must be followed if the company decides to reincorporate all its staff to the activity.

Until now, there was already a performance criterion of the General Directorate of Employment that allowed, what in the labor slang is called the disaffection of the ERTE worker, which means removing one or more employees from the adjustment. Although, now it is included in this legal norm.

However, the benefits of workers who continue their suspended employment in a partial ERTE will not decrease, and will continue to collect unemployment benefits with the same conditions and requirements until June 30.

But there could be companies that, instead of transforming an ERTE from total force majeure into a partial one, have to change the adjustment modality and go from one of force majeure to an ERTE for objective reasons (economic, technical, organizational or production). .

For these cases, the decree that entered into force yesterday establishes that the passage from one to another modality will have consecutive dates. Thus, although the ERTE for objective causes requires a seven-day consultation period with the workers, the rule states that the start date of this second ERTE will be that of the completion of the temporary adjustment. The company usually opts for this change when it cannot justify force majeure, and with this modality it no longer has exemptions from contributions.

Tags: cause, erte, force, happen, He passed, higher, lapse, new, objective, partial, to be, to have, total, vigor, wait