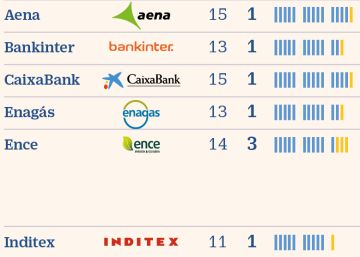 The appointment and renewal of the members of the board of directors must be approved by the shareholders’ meeting. But on numerous occasions, the shareholders are not giving their approval to a natural person as director, but to a legal person. He will be the one who appears as a member of the board of directors and will choose a representative for active participation in board meetings. Therefore, the suitability and aptitude of the representative of that legal entity, often owners of significant shares in the capital, is not submitted to the approval of all the shareholders.

On the Spanish Stock Exchange there are dozens of listed companies with legal entities on their boards of directors and on the Ibex 35, there are nine companies with this formula: Aena, Bankinter, CaixaBank, Enagás, Ence, Inditex, MásMóvil, Meliá and Naturgy. This anomaly is, however, doomed to disappear with the bill that the Government has sent to Congress in which the Capital Companies Act is amended. The text states that the directors of the listed companies must necessarily be natural persons, not legal entities. “This modification is due to reasons of transparency and good corporate governance,” he adds.

The requirement will not be immediate and will only apply to appointments that occur from the month following the publication in the BOE of the new law, but there are also included the renewals of directors, which will force the cessation of legal persons now present on the boards of directors. The measure will affect 13 legal entities that appear as directors in Ibex companies.

Some of them are historical and benchmark shareholders, such as the case of the Cartival company in Bankinter –which is listed as vice-president of the entity and is represented by Alfonso Botín-Sanz de Sautuola, son of Jaime Botín–; Pontegadea in Inditex – the investment instrument of Amancio Ortega and which has as its representative the wife of the founder of the company, Flora Pérez Marcote – or the companies Rioja and Theater Directorship Services Beta, legal persons on the board of Naturgy and linked to CVC and the March family, owners of 20% of the company’s capital.

Meliá, Naturgy and Ence are the Ibex companies with the most legal entities on their board

Enagás also has a legal entity, SEPI, on its board of directors, although the law makes an exception for legal entities linked to the Public Administration, who may remain on the boards.

Support from the CNMV

From the CNMV show their full support for the measure. The market regulator has already supported it in the public consultation phase, against the opposite position of listed companies and their associations. However, the Government chose to maintain the prohibition for reasons of transparency and to avoid conflicts of interest and assignment of responsibilities between the legal entity and the individual who represents it.

As they explain from the CNMV, the measure tries to avoid situations of difficult justification, such as, for example, that an executive director is a legal person, as well as facilitating the qualification of directors, more difficult when it is not a natural person. In MásMóvil, the company Key Wolf – through which José Eulalio Poza owns 5% of the capital – is listed as the company’s first vice-president. And in Meliá, the capital of the Escarrer family is represented on the board in the figure of three legal entities.

“The Spanish legislator has gone further by suppressing legal persons on the boards of directors of listed companies, the European directive does not include it,” explains Maitane de la Peña, Director of the M&A and Capital Markets Department at KPMG Abogados.
The move will mean a significant change in the composition of many boards of directors that some companies have already anticipated. This is the case of Cie Automotive, which in April appointed directors who until then acted as representatives of three legal entities, including the Addvalia companies, with 5% of the capital, and Elidoza, with 10%.

In any case, currently those who act as representatives of legal persons on the boards must meet the same suitability requirements as the rest of the directors – their election must be approved by the appointments committee – and have joint and several responsibility in their task. with the legal entity. The big difference is that they are not subject to the vote of the shareholders’ meeting.

The power of office. Legal entities appoint people they trust as representatives on the boards, when the shareholders present on the boards are not the shareholders themselves, as representatives of their investment companies. However, the changes that the law will introduce may bring the occasional headache. “If a significant shareholder proposes the appointment of an employee of his and, subsequently, there is a loss of confidence or his services are dispensed with, since said employee has been appointed as a natural person director, he would not have an obligation to resign,” explains Maitane de la Peña. by KPMG. In such case, it would be necessary to wait for the next meeting and gather the majority and quorum necessary to terminate it early.

Family shares. The figure of the legal person on the board of directors also resolves what may be a thorny issue for a family company or formed by several major shareholders, the election of the representative. The new law will oblige the appointment of a director, who will be fully recognized as such and therefore has an advantage over the rest of the members of that company.