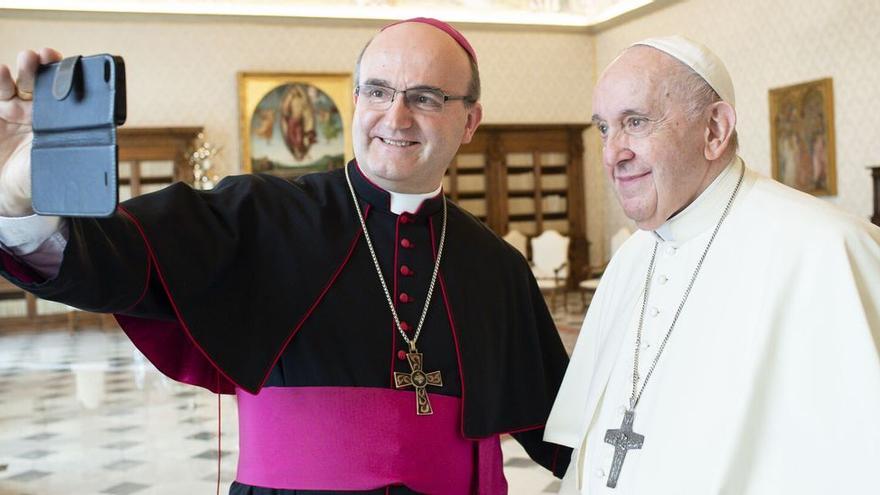 The new Bishop of the Orihuela-Alicante Diocese, Jose Ignacio Munilla, who takes office on saturdaystates that "Times of persecution toward the church, to the extent that we resist the imposition of the single dominant thought". In an interview sent by the Media Delegation of the Diocese On the occasion of his arrival in Alicante, the prelate adds that "Anyone who vigorously denounces the current anti-natalist and anti-family agenda is going to be attacked by land, sea and air. We have to assume that this is going to be the case, without allowing fear to silence us", he indicates in reference to the media coverage of his appointment. Munilla, who answers 13 questions, does not make any reference to the investigation of cases of pederasty within the Church after the controversial tweet in which he questions that there is interest in Spain in investigate abuses that do not affect clergy. The Basque prelate attached to that comment a graph included in a study of the ANAR Foundation in which it is shown who were the aggressors in registered cases of pederasty between the years 2008 and 2019. The father is, with 23.3%, the main perpetrator of this type of aggression. He has also come to give the "recipe" to prevent homosexualityaffirming that gays are more promiscuous and incapable of controlling their impulses, and that for this reason the church He denies them the priesthood.

In his statements coinciding with the proximity of the date on which he begins his new assignment, Munilla refers to the words that listened to Pope Francisco during his Ad Limina visit to the Vatican in December, still representing the Diocese of San Sebastián, and that impressed him. Specific "Her brave denunciation of the imposition of gender ideology", which, according to the bishop, the head of the Church openly referred to as contrary to the moral good of the family and of society as a whole, and which he described as the contemporary ideology most openly opposed to the Christian worldview".

Regarding his role in the Diocese of Orihuela-Alicante, he states that asks God to be faithful, "to flourish where He has planted meto be your instrument to discern the steps you expect from us and to carry them out above all difficulties", and specifically ask for conversions and vocations. The first thing he plans to do after taking possession of the Diocese, he says, is visit the monasteries of contemplative life "Commending myself to your prayers." "I have been impressed by the unanimous testimony of so many who tell me: “you will enjoy a lot!”... Anyway, the problems will not be absentbut I have to thank God very much for what I find: a powerful and well-oriented diocesan church", add about your new destination. Munilla takes over from Jesús Murgui, who asked the Pope to retire when he reached the age of 75.

In a message addressed to the faithful, he invites them to ask themselves how the new bishop could contribute to the Diocese of Orihuela Alicante moving in the right direction. "I heard a spiritual director say that the best way to bring those 'far away' closer is to raise the quality of those 'near'. In other words, the best contribution we can make to the task of evangelization of the Church is take more seriously the call to our holiness. If I were more holy, I would help a lot so that those who have been entrusted to me in my episcopal ministry could also be. And the same can be applied to every priest, father or mother of a family, teacher, catechist, or any baptized person. The greatest enemy of our happiness is none other than our mediocrity or lukewarmness, "he indicates.

It also explains that he did not consider the possibility of becoming a priest until he was 16, when raised the "importance of write God a blank check," and of his appointment as bishop in 2006, he recalls that when the Pope's Nuncio asked for his acceptance, "I asked him if being a bishop required him to abandon the daily program he did on Radio Maria (directed by his brother Esteban, also a priest), explaining the Catechism. His words were clear and opened many horizons for me: “Why should he abandon the presence in the media, when the first task of a bishop is to preach the faith?”. To those words of the then Nuncio, Monsignor Monteiro CastroI owe them a lot...". On Saturday he will take possession in Orihuela, where he will arrive on the back of Bartola, a white mule.

José Ignacio Munilla was born in San Sebastián 60 years ago, into a family that, he affirms, "has been and is a fundamental column in my life. I was a teenager and a young man who lived the faith against the tide, at a time when the influence of ETA was great among Basque youth. That was hard, but it educated me not to become self-conscious in the face of adversity". At 24 years old he was named a priest and at 44 a bishop, "and now I face with hope and confidence the last stage of my vocational journey; although I am also aware that God must always leave a few blank pages at the end of our agenda", he indicates in reference to his role as new director of the Bishopric of Orihuela-Alicante. At 44 years old became the prelate youngest in Spain position to which he arrived, he points out, after 20 years as a priest in which "he had already experienced that great truth that Saint Augustine expresses with particular beauty: 'God does not call those who are qualified, but rather who qualifies those he calls'".