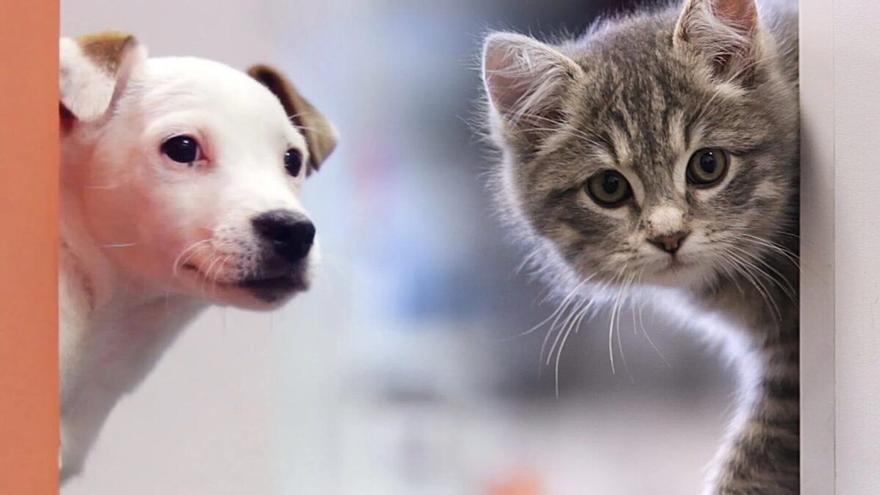 The draft of protection lawrights and welfare of animals, that has approved this Friday the Minister council, contains innovative provisions regarding the protection of fauna, especially pets, which equate Spain with other European countries.

The objective of the Government is that there beabandonment, abuse and zero sacrifice" of companion animals, but the law contains many other measures that, according to the Ministry of Social Rights, will mean a "before and after" in the protection of animals that live with humans. Some of them polemics.

These are the keys of the legal draft, which will now go to the advisory bodies, later it has to return to the Council of Ministers and be approved by the Cortes, with which it will not see the light of day, at the earliest, until 2023.

They will not be able to live on terraces or patios

The legal draft establishes that pet owners must "keep them integrated into the family nucleus, in a good state of cleanliness and hygiene." They can't let them in decks, patios or basementsnor in closed vehicles or tied to the doors of an establishment without supervision. They will also not be able to roam public spaces. without someone to watch over them. And animals that, for reasons of welfare, size or characteristics of their species, cannot live together in the family nucleus, must have adequate accommodation, with cabins according to their dimensions and that they protect them from inclement weather, in good conditions of care and neatness.

If the rule is approved, all dog owners must pass a training course, “with the aim of facilitating correct responsible ownership”. Likewise, the law establishes that a pet cannot be alone for three consecutive days and, in the case of dogs, the period cannot be more than 24 hours. Likewise, it urges "to prevent animals from depositing their faeces and urine in places of habitual passage of other people, such as facades, doors or entrances to establishments, proceeding in any case to the withdrawal or cleaning them with biodegradable products".

The law prohibits the sacrifice of companion animals, it is only authorized by sanitary or euthanasia reasons, which could open the door to the continuation of killing some with incurable but treatable diseases or with serious injuries, according to the president of El Refugio, Nacho Paunero. Autonomies such as Catalonia or Madrid already have laws that prevent slaughter, but the Government wants to homogenize the situation and prohibit this practice in all Spain.

Forbidden to breed and sell in stores

The law also bets on the “zero dropout”, for which measures are incorporated such as the mandatory identification of pets, sanctions for those who abandon them or limits on breeding. If the law sees the light, no individual may breed their own pets. Breeding and sale can only be done by registered professionals.

This implies that will stop selling pets in stores and that it will force the sterilization of animals that usually live in open spaces and can interact with other animals of the same species and different sex. Likewise, its display and exposure to the public for commercial purposes will be prohibited, excluding fish.

The bill prohibits the breeding of non-native wild animals, that is, those originating from another country, as well as trading in the exploitation of their their skins or byproducts. So, mink farms will be banned. Excepted from this prohibition is captive breeding in zoological centers or similar within the framework of the conservation programs of Endangered Species. It is also expected that the zoos and dolphinariums will be converted into recovery centers for native species.

Forbidden to have wild animals

The legal draft prohibits the keeping of pets. protected species by international regulations applicable in Spain, state or regional, as well as the possession of wild animals in private homes, as well as in enclosures that are not properly fenced or adapted to the nature of the animal, and their movement through public spaces or premises open to the public.

are prohibited circuses with wild animals, as well as the fights and animal fights, pigeon shooting and tube shooting. It is also prohibited to use spikes, collars and other similar items that hang animals or electrical devices that cause them suffering. And, to avoid animal suffering in pilgrimages, cavalcades or processions, the animals may not be immobilized. However, the law leaves out the bullfightingwhich causes so much controversy that it could cause the standard to never see the light of day.

The legal draft considers "potentially dangerous animals" all those that, belonging to the wild fauna, have the capacity to cause death or injury to people or other animals. And regarding dogs, the list of dangerous dogs based on their breed is ended and it is specified that "they will only be classified as potentially dangerous prior carrying out an individualized sociability studywhich will be established by regulation.

Likewise, it establishes special protection for cat colonies, which will be managed using the CER method of capture, sterilization and return.

The law establishes that the territorial emergency plans of the communities must include instructions regarding the mode of evacuation of the animals in cases of catastrophe. In particular, they must consider the number of animals to be evacuated; a list of places where to relocate them; measures to make it easier for them to be temporarily housed with their owners; their maintenance and protocols for urgent care, protection and release, recovery or euthanasia of live stranded marine animals.