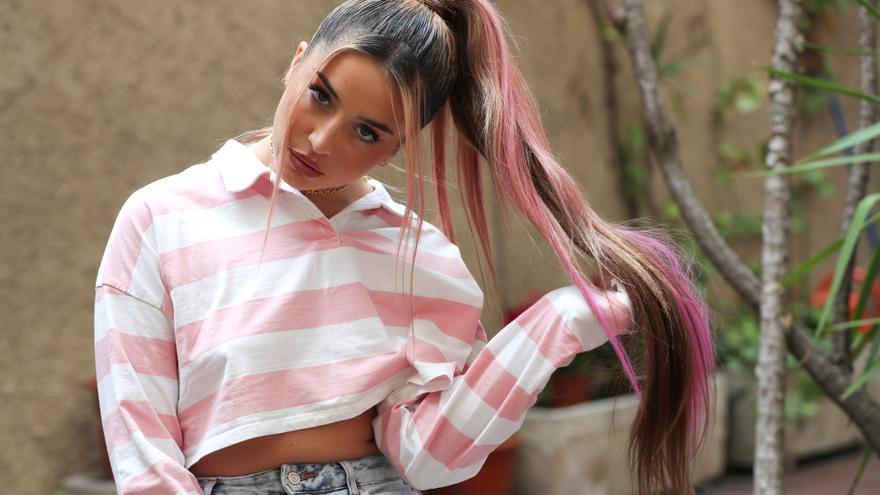 Madrid, May 18 (EFE) .- With an agenda full of appointments and triumphing in the world playlists, the Granada-born Lola Indigo faces “a bridge between the stage of ‘Akelarre’ and the new one”, which will be “more rosita “with the studio album” La Niña “, she assures in an interview with Efe.

His next concert, which will be broadcast online on May 27 for free within “Vodafone yu Music Show”, will mark a transitional stage, “a bridge between the stage of ‘Akelarre’ and the new one”, in which he will sing his songs that have been the most successful in recent years and those he has recently published as “Calle” or “Spice girls”.

The “ex-triumphant” assures that the latter – available on digital platforms since last Friday – is “the most important” of her career as an artist, since she talks about her, her life and her most intimate thoughts.

The song was not going to be included in the next album, but it has become a “must” for her. At the moment there is no information on when this new studio album (“La Niña”) will be released, which will take the baton from “Akelarre” (2019).

“I think this new album is rosier than ‘Akelarre’, which was much darker. The sound, inside which has a lot of what is known about me, is very steeped in that pop from the 2000s. There are going to be many collaborations that mainly come from outside. I cannot reveal anything at the moment, but it will be discovered with the singles that I take out ”, he says.

What the artist can reveal is that she is going to spend the whole summer on tour. After a year and little without being able to meet her audience due to the pandemic, the singer already has her sights set on her 2021 tour. “What hurt me the most was the postponement of WiZink (Madrid), because it was something with which that I had been dreaming about for a long time, it is one of the most important places in Spain. So now I hope to be able to do the tour without any problem ”, he points out.

The tour officially begins on June 24 in Calafell (Tarragona), within the Calafell Beach Festival and will take you through different cities in Spain such as Valencia (July 2, Levante Stadium), Asturias (July 31, Boombastic II), Vitoria ( August 21, Buesa Arena) or Cáceres (October 8, Extremusika), among others.

Miriam Doblas (Madrid, 1992) became known as Mimi in “Operación Triunfo 2017”, although she would be the first expelled from the edition. After months of work in which the public did not know anything about her, she resurfaced with force and a new name: Lola Indigo. An alias with which he has not stopped reaping successes on the music charts since that first “Yo ya no quiero ná”.

In this sense, the singer confesses that “success is not synonymous with happiness” and that she went through a very hard stage when everything fell on her: “Now I am calmer, I had my moment of depression and stress. I didn’t really know where that success was going to take me, so finding a balance between work, my personal life and my dream was essential. Now I think I have it, but I can’t lose it, ”he explains.

Raised in Huétor Tájar (Granada), she has been dancing since she was 5 years old and dance has taken her to China and the United States; At the age of 18, he was a contestant on “Fame: let’s dance!” and he has accompanied singers like Miguel Bosé or Chris Brown on stage. However, his first steps were not easy because it was not easy to leave family and friends to fulfill a dream.

Her television career now continues in “The Dancer” (La1), where she has to choose which dancers will accompany her on her team to reach the grand finale.

“For me it is very nice that the contestants come saying ‘I would like to be in Lola Indigo’s team.’ It is very cool, especially since I was there not long ago, I have been a contestant and in the end I just try to give them love and advice from another side. It is the opportunity of my life, to help and give visibility to a person ”, he affirms.

The TVE program has not only valued her talent, but it has also been an occasion for the television meeting between her and Rafa Méndez, who was her teacher in the “Fame” contest and would condemn her for being clueless in class: “Rafa is an insurmountable person, he’s great. The reunion is wonderful ”, she says excitedly.