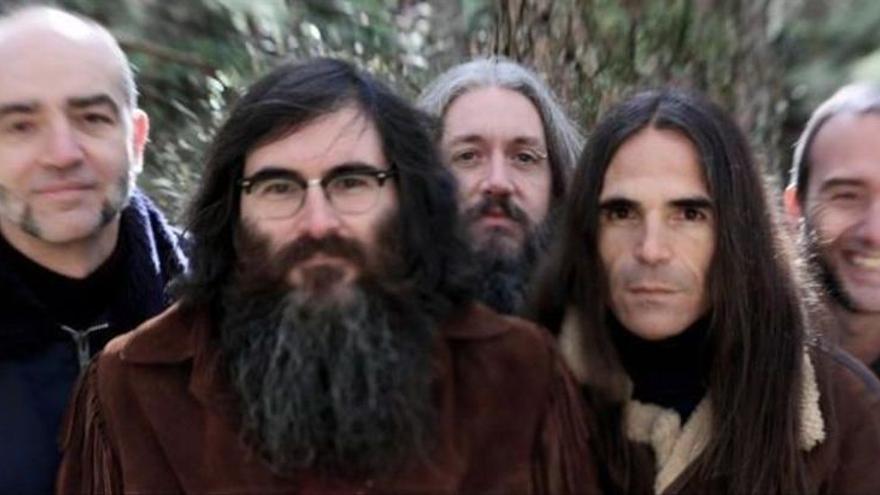 –The criticism frames you in rock, country, American music… But what are Corizonas?

–We are the union of two groups, with two different but related sensitivities. The Arizona Baby part is the one that adds the most to American rock music. And we, the part of the Coronas, we give him the part of the most classic rock. But basically we are a rock & roll group, and since we switched to Spanish, we have that much more indigenous tint.

– There is a saying out there that is “make a Corizonas”.

– Perhaps it has to do with our initial idea: a merely temporary union of two groups. And what started out as a cover EP turned into a tour that worked quite well. We are a “supergroup”, which is to take two groups with their own identity that function independently and that decide to merge. The followers of Dragon Ball understand this very well, when they have to fight with an outside warrior, they merge and get more unlimited powers.

– Who are your teachers when composing?

-The classics. Our first album is full of American rock influences, and there you can hear Tom Petty, Neil Young … Those have always been our references. But, with the change in the language register, the band references from here begin to appear: Gabinete Caligari, los Pistones, etc. Bands we grew up with when we were kids.

– What hides that new album that will come out in the fall?

– He is very determined by everything that has been this year and a half, of inactivity in what has to do with the tours. We have been unemployed until May, when we gave our first concert in San Isidro, but composing. So we have been concentrating on the creative part, taking advantage of the time. And the album, narratively, because the lyrics are made by Javier Vielba, it has a lot of our desires for what is to come and our frustrations for what has been left by the wayside.

–The pandemic will have affected you a lot as a group …

-It has had an impact, like everyone else, economically and emotionally, it is inevitable. But in the end it is a common denominator that affects us all equally, regardless of the activity you dedicate yourself to. But we decided that we had to stay in touch and share ideas, if only for a mental health issue. Also, as we all have our own home recording studio, we take the opportunity to get to work and get things out.

– What are we going to see tomorrow in Vigo?

–The repertoire has the new songs that have been published, and also a preview of the new album. This coupled with the bulk of our repertoire, which in the end are songs from all three albums. There will be very few versions, but one that does not fail is that of Piangi with me. In fact, there are people who think it is ours.