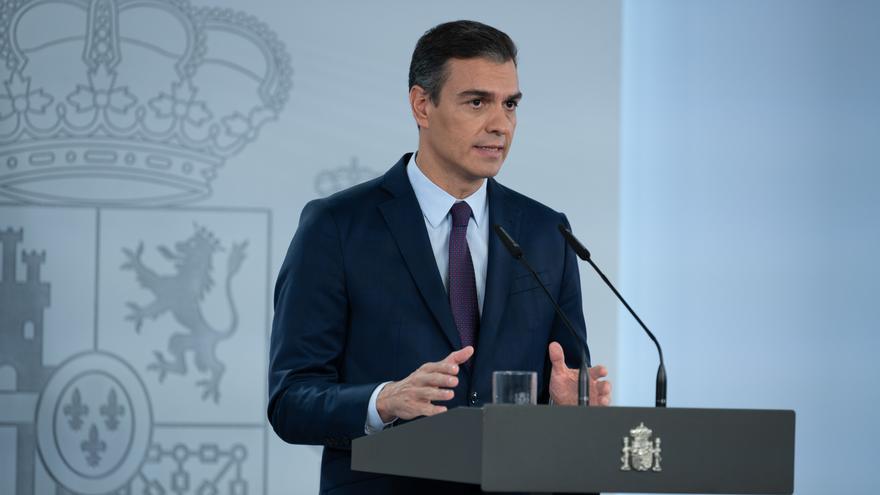 The Council of Ministers has decreed the state of alarm in Spain. The objective is to provide the autonomous communities, which will be the delegated authorities on this occasion, with legal coverage to impose new mobility restrictions, including the curfew to control nightlife, which is the source of contagion that most worries to the authorities at this time. The new decree imposes a curfew, although communities will be able to choose the hours, as government sources have informed elDiario.es Pedro Sánchez decrees a series of measures that will be mandatory throughout Spain based on the rules agreed in the Interterritorial Health Council, although the competent authorities to implement them will be the regional governments, which may modulate the limitations with the aim of stop the spread of COVID-19.

The state of alarm decree lasts for fifteen days, as established in article 116 of the Constitution, but the Government's intention is to extend it later for months. As stated in the preamble to the decree, the health provision is that the restrictions have to be extended for half a year. Sánchez raised on Friday the need to contain the expansion of the pandemic so that it falls below 25 cases per 100,000 inhabitants - right now the Spanish average is 361 per 100,000 inhabitants, although it is not homogeneous throughout the territory. However, most of the country is in the "extreme" scenario, which requires restrictive mobility measures. The majority of regional governments had been in favor of implementing the curfew, although they had doubts about the legal tool with which to implement it. The Government maintains that it can only be carried out through the state of alarm.

Sánchez warned on Friday of the seriousness of the situation and recalled that the communities are responsible for the application of the restrictive measures that were agreed with the Ministry of Health last Thursday. Likewise, he pointed out that those corresponding to the extreme scenario require the activation of the alarm state. After his words, nine regional governments - the majority of the PSOE - requested that the alarm be decreed, among them Euskadi and Catalonia. With these two communities - in the hands of the PNV (in coalition with the Socialists) and JxCat and ERC, the Government achieves the necessary support in Congress so that the extensions go ahead, although it hopes that the PP will also endorse it. The regions governed by conservatives have not called for the implementation of this constitutional tool - they bet, like Pablo Casado, for a change in ordinary health legislation - but they have not opposed frontally either.

The president also assured that the Executive was ready to apply the "necessary measures", so with the express request of the communities, in Moncloa they began to work against the clock to have prepared the decree of the state of alarm that has been approved this Sunday in an extraordinary meeting of the Council of Ministers.