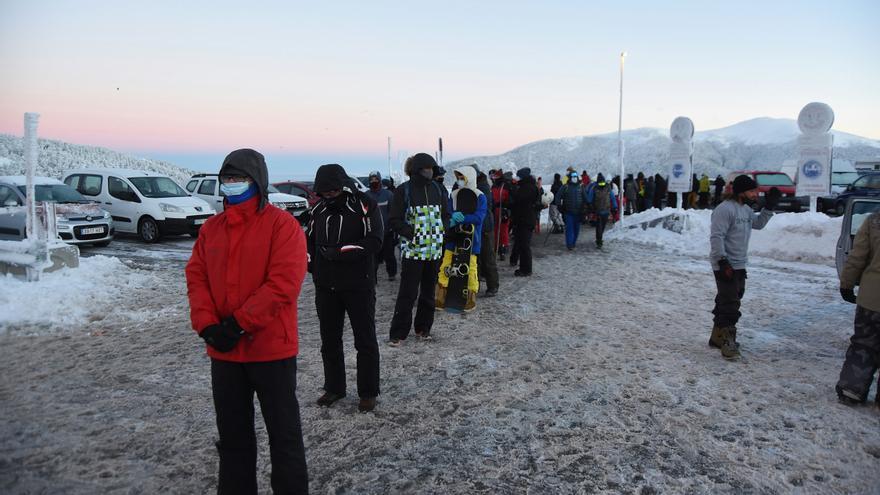 The Navacerrada ski resort will cease to function definitively after the closure of the three tracks that run through the land of the National Parks Agency whose concession expires next April, as announced by the company this Tuesday. The Ministry of Ecological Transition estimated that the activity of the station entailed an environmental impact incompatible with the custody of a zone classified as having high environmental value bordering the Sierra de Guadarrama National Park.

Puerto de Navacerrada Ski has described the decision of National Parks as “political and arbitrary that lacks environmental and social foundations. “It also assures in its statement that the port of Navacerrada”it is still alive thanks to its station, which constitutes a center of economic, sports and sustainable tourism activity both for Navacerrada and for the rest of the municipalities of the Sierra Norte and Segovia “and denies that the problem of overcrowding and traffic congestion alleged by Ecological Transition is the fault of its activity but is due to “the high traffic on the road that connects Madrid with Segovia.” The overcrowding, they say, must be found in other factors because their business is open 70 or 90 days a year with a daily average of 500 users.

The point is that the station’s business is based on its Segovian side that occupied the Telegrafo port, owned by National Parks thanks to a 25-year administrative concession signed in 1996. The tracks that run there and should be closed next month they are the Telegraph, The Forest and the Showcase. Once the transfer was completed, on April 3, it could not be renewed and there was only room for the start of a new competitive file to make a new concession. The Government has preferred another type of management.

Navacerrada has other slopes on the slopes of the Community of Madrid on Mount Guarramillas, but despite having ski lifts, there is no infrastructure for snow cannons. As the volume and frequency of rainfall in the mountains are reduced, without artificial snow, these tracks are very little usable and do not allow the station to continue to operate.

The decision of the Ministry of Ecological Transition implies that the clauses for the return of the land provided for in the concession contract are activated. The company has the obligation to dismantle all the infrastructures: the ski lifts, the water intakes and pipes to create the artificial snow and the cannons that throw it on the slope. The Ministry has given a period of five months to complete these works.