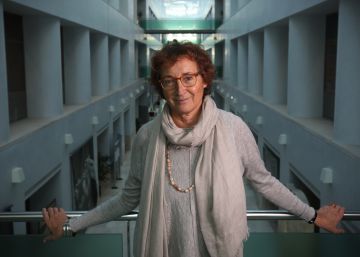 Valentín Fuster, Ángela Nieto, Susana Marcos, Manuel Carreiras and Mercedes García-Arenal have been awarded the National Research Prize 2019, awarded with 30,000 euros each. The Minister of Science, Innovation and Universities, Pedro Duque, decided to recover these awards after the government of Mariano Rajoy frozen them in 2011, although he recovered them in 2014 (only for one year).

The 2019 edition has counted on 66 candidatures, of which 22 were women (33.3%) and 44 men (66.7%). The different juries, formed by relevant personalities of science in the different areas of knowledge and balanced composition (52% women and 48% men), have failed the National Research Awards in the five modalities.

Valentín Fuster He has received the National Prize Gregorio Marañón de Medicina for his research in prevention, diagnosis and treatment of cardiovascular pathology. Angela Nieto has been awarded with the Santiago Ramón y Cajal Biology National Award for being a pioneer in the study of epithelial-mesenchymal transition, a biological process that is very significant in understanding the origin of cancer and the degenerative diseases of aging. Susana Marcos has been awarded with the Leonardo Torres Quevedo National Award, in the area of ​​Engineering for its pioneering contributions to optical and photonic engineering, and the industrial development of diagnostic and correction instruments in ophthalmology, which have benefited thousands of patients.

In the area of ​​letters, Mercedes García-Arenal Rodríguez He has received the Ramón Menéndez Pidal Humanities National Award. The jury has valued his studies on religious minorities in the Modern Age of the Iberian Peninsula and the Mediterranean. His work is of great relevance to understand contemporary Europe, especially the great religions, contact and cultural difference, fear of the stranger and the dangers of messianism. Y Manuel Carreiras, has received the National Paschal Madoz Award for Law and Economic and Social Sciences for being an international reference in the field of language processing (in the field of experimental psychology). It highlights its capacity to create groups of excellence and knowledge transfer.

The National Research Awards that were created in 1982, represent the most important recognition of Spain in the field of scientific research

The National Research Awards that were created in 1982, represent the most important recognition of Spain in the field of scientific research. They recognize researchers of Spanish nationality who stand out in scientific fields of international relevance and who contribute to the advancement of science, the transfer of technology and the progress of humanity.