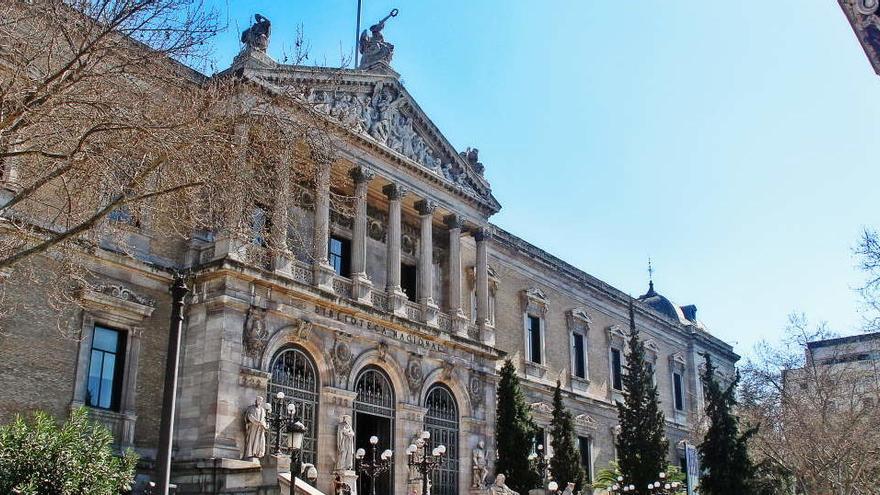 The legacy of the writer Rafael Sánchez Ferlosio It rests in the National Library of Spain after the Ministry of Culture has bought it from his widow, Demetria Chamorro, for an amount of 350,000 euros.

As reported by Cultura, this collection is made up of hundreds of documents from the Cervantes Prize (2004), including his personal collection consisting of his original literary creation (his own work), as well as his correspondence (more than 1,200 letters), complementary graphic documentation (photographs and drawings of the writer), personal and family documentation, and related work of others.

Thus, from the BNE, they have described the legacy of Sánchez Ferlosio as “abundant and rich in materials”, like, for example, autographs, some of them unpublished.

The preserved documentation contains the entire creative process of his works (notes for his literary writings, notes, drafts, copies, etc.) so your interest is “extraordinary”. In addition, the value of the fund is increased by the integrity of the set, since almost all of its production is preserved (only “El Jarama” is missing), and by the fact that it has not been purged by anyone and is as it was left the author at his death.

Specifically, the Ministry of Culture and Sports, through the Board of Qualification, Valuation and Exportation of Historical Heritage Assets, carried out during 2020 purchases for more than 400,000 euros to enrich the collections and funds of the BNE.

And within these acquisitions also stand out the background of the poet Leopoldo Maria Panero, which contains some 700 handwritten and typewritten sheets that include poems, essays, letters or stories.

The BNE barely had among its funds manuscripts or original texts of the author, nor have original copies been found in other Spanish libraries.

Among other acquisitions in the BNE there is also part of the personal archive of the cellist and composer Gaspar Cassadó i Moreu, considered one of the greatest musicians of his time. The lot is made up of letters, photographs, hand programs, family documentation and some draft scores, most of them dated to the first third of the 20th century.

Likewise, a collection of posters and concert brochures from the first half of the 19th century has been acquired. (Mozart, Beethoven, Handel, Italian opera) belonging to the musicologist José Subirá.

Among the purchases made in 2020, the collection of letters (more than 800) written by Leopoldo Alas “Clarín” and other authors to Sinesio Delgado; as well as a set of handwritten and printed pieces relating to Gaspar Melchor de Jovellanos.

Is about 63 manuscripts and 5 printed, from the personal collection of the Marqués de Pidal, related to the political, literary and personal life of the Asturian writer and politician, a unique testimony of the political and historical circumstances that surrounded a person of great relevance to the history of Spain.

Likewise, it has also been made with six incunabula among which are: “Epitomae in Trogi Pompeii stories Justin vulgarizato” (Venice, 1477), “Gratianus. Decretum” (Venice, 1491), “Epistolae, by Francesco Filelfo. Venice: Philippus Pincius” (1492).

And manuscripts such as “Geometría”, by Pietro Sardi or the manuscript book “Viages por España (1770-1783)” have also been bought, two manuscript volumes from the 18th century They contain descriptions of Spanish cities and towns and the account of trips made through the geography of Spain.

The BNE has also received a copy of “Les principal aventures de l’admirable Don Quichotte (Bruxelles, 1795)”, Belgian edition of “Don Quixote” Printed in French with which the largest Cervantes collection in the world is enriched.