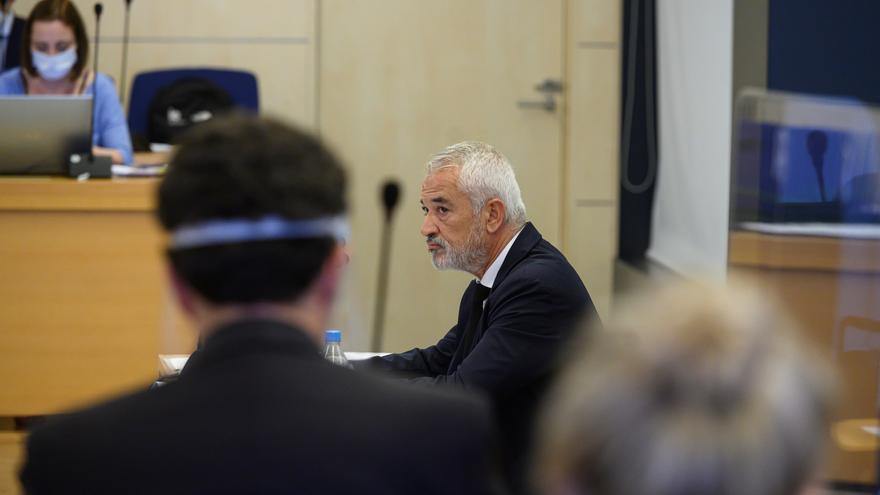 The National Court has sentenced the president of Ausbanc, Luis Pineda, and the secretary general of Manos Limpias, Miguel Bernad, to eight and four years in prison, respectively, for extorting banks and companies to pay them in exchange for avoiding legal actions or discrediting campaigns against them, penalties ostensibly lower than those claimed by the Prosecutor’s Office, which requested 118 years in prison for the first and another 24 years for the second.

In a 195-page sentence, the Fourth Section of the Criminal Chamber has imposed on Pineda a sentence of 5 years in prison for a continuing crime of extortion and another 3 years for fraud. In addition, in terms of civil liability Pineda will have to compensate a total of 13 entities with almost seven million euros.

However, both of them have been acquitted of most of the crimes for which they were tried. In the case of the president of Ausbanc, of criminal organization, false accusation and denunciation, fraud and procedural fraud and unfair administration; while the General Secretary of Clean Hands has been exonerated of the first two crimes and threats. Hence, the penalties imposed are much lower than those requested by the Public Ministry.

Likewise, the Chamber has sentenced the deputy to the Presidency of Ausbanc Ángel Garay to one year in prison and the director of the legal department, María Mateos, to six months in prison, both for a crime of extortion in a degree of complicity.

On the contrary, it has acquitted the other six defendants – the lawyer of Clean Hands Virginia López Negrete and the directors of Ausbanc Alfonso Solé Gil, María Teresa Cuadrado, María Isabel Medrano, Rosa Aparicio and Luis María Jordana – of all the crimes that were committed against them. They accused, that is, criminal organization, extortion, false report, threats, fraud, money laundering and unfair administration. For the rest of the accused, the Prosecutor’s Office requested between 66 and 11 years of imprisonment.