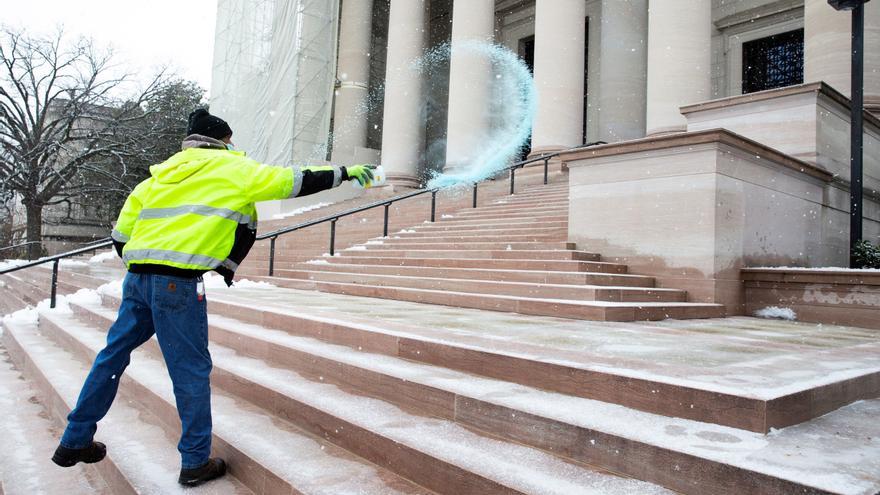 Washington, Mar 17 (EFE) .- Eight decades ago, in the midst of World War II, the US president, Franklin D. Roosevelt, delivered the opening speech of the National Gallery of Art, which he described as a “gift to the nation “that would allow to see in Washington permanently masterpieces of the history of universal painting.

Among them, several works by Rafael, Rembrandt, Velázquez, Botticelli and the only Leonardo da Vinci then in the United States.

All this thanks to the donation of Andrew Mellon, one of the richest men in the United States and former Secretary of the Treasury (1921-1932), whose fortune ranged from banks, oil companies or aluminum companies, who died in 1937, a few years before his dream of seeing the National Gallery of Art was fulfilled.

“To accept this work today is to underscore the purpose of the American people – that the freedom of the human spirit and mind that has produced the most beautiful art in the world … not be completely destroyed,” Roosevelt said at the ceremony on March 17, 1941.

Regarding Mellon, the president noted that the donor had “combined the richness of his gift with the modesty of his spirit, stipulating that the gallery should not be known by its name, but by that of the nation.”

There have only been two times in which its daily operations have been altered: in 1942 it was partially closed, and some of its most appreciated works were transferred to North Carolina for its protection during the war; and in 2020, and so far in 2021, due to the coronavirus pandemic.

Since its birth, it has become the second most visited museum in the United States, only behind the New York Metropolitan.

“80 years is a long time, but it is not like the Prado or other large European institutions. The achievement is public service,” said the museum’s director, Kaywin Feldman, in a conversation with Efe.

“When we opened in 1941, in just a few months we had a million visitors,” he added, “and we had very few works of art. The initial collection was just 150 works, no more. And here we are many years later with four or five million visitors. year”.

THE CHALLENGE, REFLECT THE NEW USA.

Likewise, Feldman pointed out as the great current challenge of the institution to adapt to the changing social and cultural reality of the United States.

“The question now is to see what it means to be from the nation and for all people at a time when the United States is transforming in such an important way. Already 40% of the population is people of color – African Americans, Latinos, Asians, “he warned.

In this sense, Feldman remarked that, although “the idea of ​​the US as a colony of Europe persists, it is very focused on Europe”, because the truth is that these are a “new US”

“The museum was founded as a European institution. And even though we have a collection of American art, the heart is Europe, and we are proud of it. However, we want to embrace the broader spectrum of what the US is now. “, he maintained for the future.

THE VIRUS AND THE ART

Unfortunately, the museum will not be able to celebrate its 80th birthday in style due to the coronavirus pandemic.

In July of last year it reopened its doors, but had to close again on November 21 due to the spike in infections in the Washington metropolitan area.

Feldman stressed that the gallery has developed “a robust effort” of digital production to bring the museum to homes, but acknowledged that “it is not the same experience” as seeing Caravaggio or Cézanne live.

“Right now we have the sculpture garden open, and we hope to reopen in the next two months,” she concluded hopefully.