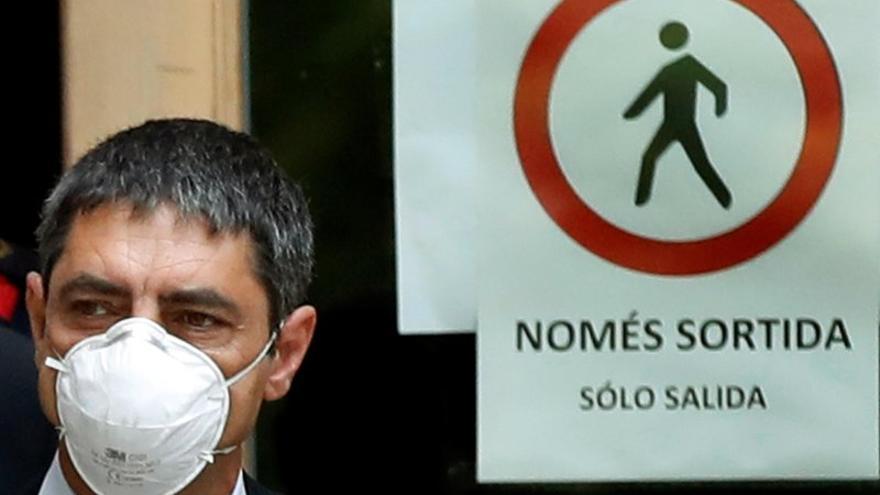 The National Court has acquitted Major Josep Lluís Trapero, head of the Mossos d’Esquadra during 1-O, of the crime of sedition for which the Prosecutor’s Office requested 10 years in prison or the alternative penalty of one year and eight months of disqualification and a fine of 60,000 euros for disobedience.

In its sentence, published this Wednesday, the majority of the court agrees with Trapero’s defense arguments and endorses both the actions of the Mossos on 1-O and the fact that the major was faced by the Government and did everything possible not only for the politicians to call off the referendum but also to prevent it through a police device.

Without expressly mentioning the actions of the National Police and the Civil Guard, the court maintains that if the autonomous police commanded by Trapero had “violently evicted” the voters on October 1, “incidents involving disruption of public order would have occurred with total security, eventually injuries and fueled the performance of radical pro-independence groups. ”

The court has exonerated Trapero as well as the other three defendants, the mayor Teresa Laplana and the former secretary and the former director general of the Ministry of the Interior, Cèsar Puig and Pere Soler. While waiting for the Prosecutor’s Office to appeal, the victory of the defenses is total: not only do their clients not step on jail, but they may continue to act as public officials.

On the contrary, the Prosecutor’s Office takes a severe blow. The ruling questions the basis of the accusation and concludes that there is no evidence to sustain that the accused were coordinated with the Government of Carles Puigdemont to promote the vote suspended by the Constitutional Court.

The sentence has the favorable votes of the rapporteur, Judge Ramón Sáez, and his colleague Francisco Vieira. The president of the court, Concepción Espejel, has issued a private vote in which she claims the conviction of Trapero for sedition, considering, unlike the majority of the court, that the Mossos were aligned with the Government to celebrate 1-O.