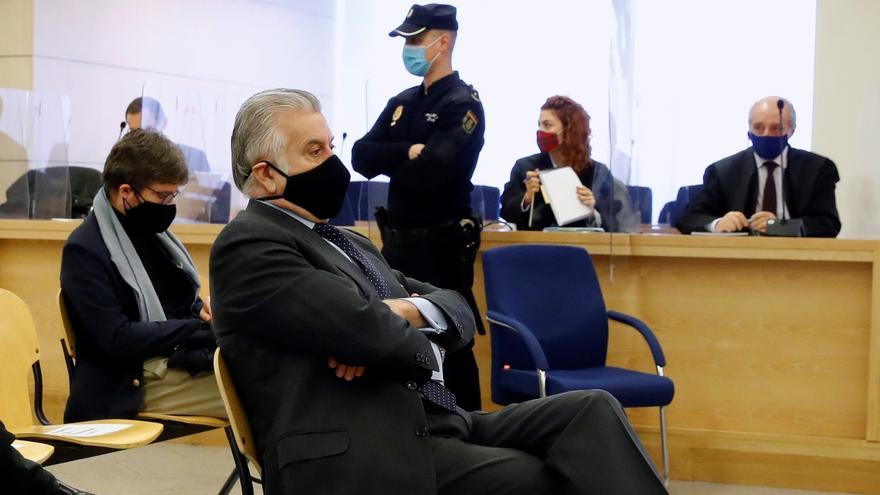 The National Court, where it was judged the first period of the Gürtel plot (1999-2005), has ordered that more than 50 million euros be repatriated to Spain that are “blocked” in Swiss bank accounts of the leader of the corrupt network, Francisco Correa, of his former “number two”, Pablo Crespo, and of the former treasurer of the PP Luis Bárcenas.

The Execution Section of the National Court issued an execution decree by which, in accordance with the final judgment of the Supreme Court of last October on the first years of Gürtel’s activities, it urges the Swiss authorities to be asked to transfer certain amounts of the accounts of these convicts so that they can face “civil liability and other pecuniary liabilities”.

As indicated in the execution decree issued on February 12, to which Europa Press has had access, the accounts were blocked during the investigation of the case, so it agrees that “the proceedings be passed on to the rapporteur magistrate” to request “assistance. judicial international “to Switzerland and make a total of 50,342,107.52 euros available to the National Court.

Specifically, it asks the Credit Suisse bank for 24,041,213 euros that are “blocked” in the account of the company Golden Chain Properties, SA, which was integrated into the corporate network of the leader of the Gürtel, Francisco Correa, sentenced to 51 years of prison for the first years of the plot. According to the executive decree, this account would be managed by the account manager Arturo Fasana.

This same entity is also asked to transfer 2,135,046 euros into the account of the former right hand of Correa, Pablo Crespo, sentenced to 36 years and eight months by the Supreme Court for this piece of the Gürtel, in the name of the company Mall Business SA The ‘number two’ of the corrupt network also has 113,138.16 euros in a bank account of the Mirabaud bank, whose owner is the company Clearvill Group SA, which have also been claimed by the National Court.

As for Luis Bárcenas, sentenced to 29 years and one month in prison, the National Court requests the repatriation of more than 22.8 million euros deposited in four bank accounts. The ex-owner has a large part of these funds in two deposits in the name of the company Tesedul SA: one, in the Lombard Odier entity, where there are 10,584,701 euros, and another in LGT Bank, in which it maintains 11,830,689.92 euros.

The other part of the money is in two bank accounts in the name of another company linked to the former treasurer of the PP, Granda Global SA, and administered by what would have been his front man Iván Yáñez, sentenced to one year and 10 months in prison by the Gürtel . Specifically, the National Court asks the LGT Bank for 438,311.44 euros and the Banque SYZ entity for a total of 1,199,008 euros.

The Supreme Court indicates in its ruling that the court that judged the plot Gürtel analyzed in detail that the ex-treasurer of the PP – who is being tried for the alleged box ‘b’ of the PP and that, in addition, he has expressed his willingness to collaborate with Justice – He had several accounts in Switzerland to hide the profits generated by his illicit activities, and that, for this reason, he made successive transfers of his funds to those in the name of the companies Tesedul and Granda Global.