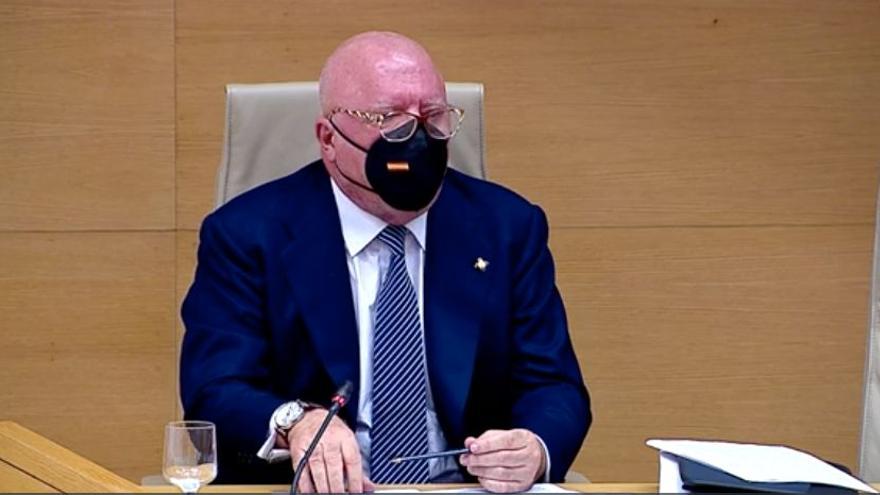 The judge of the National Court Joaquín Elías Gadea has decided to cite as investigated the former head of the Economic and Fiscal Crime Unit (UDEF) Manuel Vázquez in the case that investigates the orders carried out by BBVA to companies linked to former commissioner José Villarejo.

In an order dated November 8 to which Efe has had access, the reinforcement magistrate of the central investigating court No. 6 considers “necessary, useful and pertinent” the statement as investigated by Vázquez, which had been requested by the former president of Ausbanc, Luis Pineda.

Pineda was sentenced on July 9 to 8 years in prison for extorting banking entities in exchange for avoiding legal actions or discrediting campaigns, and is prosecuting the case investigating the relationship between BBVA and Villarejo.

According to Pineda, Vázquez would have been in charge of sending the judge an anonymous complaint against Ausbanc, in which different crimes were attributed to this organization, the date of which, February 2, 2014, is after the investigation initiated by the Police.

This would imply, according to Luis Pineda, that the Police acted in agreement with BBVA through Villarejo.

The judge has chosen to summon Vázquez as an investigated person and not as a witness to “guarantee his right to defense and his procedural rights,” the order states.

Operation Trampa, the ninth separate piece of the Villarejo case, revolves around the alleged espionage services to politicians, businessmen and journalists that the bank commissioned the former commissioner since 2004, when the construction company Sacyr started a movement to try to take control of the entity that was ultimately unsuccessful.

In mid-2019, the judge agreed to the accusation of both BBVA and Francisco Gonzalez in a case in which other former directors of the bank were being investigated, such as the former head of Security Julio Corrochano, or the former CEO Ángel Cano.

Francisco González is thus imputed for unfair administration in relation to the reports of the aforementioned farm, and for bribery and discovery and disclosure of secrets, for his alleged intervention in the work of spying on Sacyr.