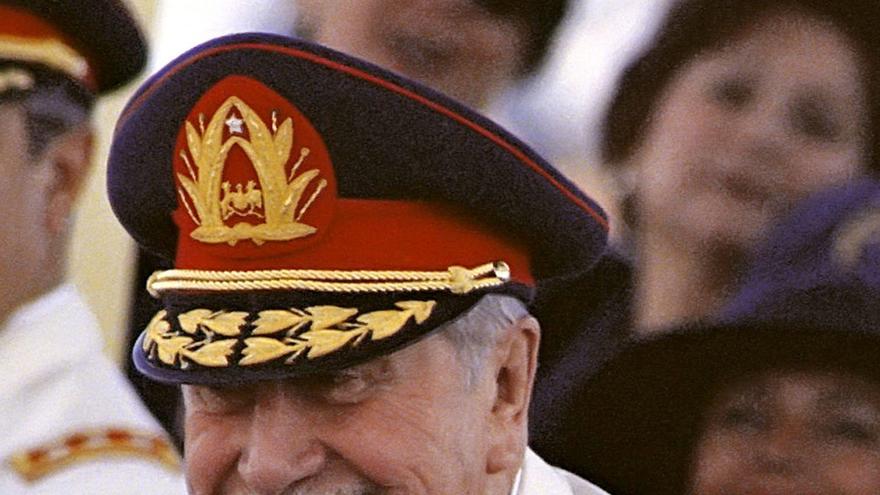 The Banco de Chile has managed to do the longuis for almost 10 months and until now it had managed to avoid the formal notification of the reopening of the case in the National Court, which investigates the private bank for the alleged money laundering and lifting of the dictator’s assets Chilean Augusto Pinochet.

But according to the order of the Criminal Chamber of the National Court of October 7, this kind of game of cat and mouse has come to an end: the court has warned that, once the notification of In the proceedings, it is necessary to proceed “to appoint to the defendants the professionals that correspond to them in turn” in the event that they have not appointed one of their choice.

The formal notification of the reopening of the proceedings has already been officially materialized in Chile and, therefore, the countdown to the assignment of a public defender in Spain has started after ten months of strategies that are known in the legal world like filibusterism, which seek to delay the consequences of a decision. The plaintiffs’ lawyer, Joan Garcés, on behalf of the Spanish President Allende Foundation, which represents more than 20,000 victims of the dictatorship and their families, formally requested last Monday that public defenders be appointed to the leadership of Banco de Chile. , in a brief presented before the investigating judge of the case, Santiago Pedraz, incorporating the order issued by the Chamber.

The present case is one of the branches that ended up emerging from the investigations of Judge Baltasar Garzón between 1998 and 2010 against the Chilean dictator Augusto Pinochet, who died in 2006, who once used the Banco de Chile to evade justice through allegedly fraudulent schemes in the US and in tax havens. This entity is one of the main private banks in the South American country and its management and corporate leadership was closely linked to the Pinochet dictatorship. In 2009, a car by Garzón imposed a precautionary bond of 77 million euros, but after his departure from the National Court, the bank argued that the same facts were being investigated in the South American country and managed to get the prosecution to request, and obtain , that Spain declined its jurisdiction in favor of Chile.

However, the tenacity of Garcés, who also represents relatives of Spanish victims of the Pinochet dictatorship such as Carmelo Soria, Antoni Llidó and Joan Alsina, managed to reopen the case by proving that the alleged crimes committed in Spain have never been investigated in Chile . The Criminal Chamber of the National Court unanimously agreed last January to reopen the case. Therefore, after a strange and long period of hibernation of almost a decade, the case was resurrected right where Garzón had left it: in the order in which the magistrate imposed the precautionary measure of 77 million on the Bank of Chile.

And this is where a new odyssey began, this time around an administrative act as apparently simple as the mere notification of the reopening order. In all democratic societies, notification is a starting point of any procedure, a guarantee for the protection of the rights of the accused. And to avoid the notification, the strategy followed by the Bank of Chile was directed, whose law firm in Spain appeared before the judge to emphasize that it no longer represented the South American entity, as reflected in the recent order of the Criminal Chamber of the National Court .

“Certainly this court tried to serve the indicated order [de enero de 2021] to a lawyer who had appeared as representative of the defendants during the processing of the procedure in the court for the purposes of a specific question, but the indicated lawyer through whom the reopening of the procedure was intended to be conveyed to the defendants did not assume the obligations that the occasion deserved as the defendants did not have a current effective connection ”, emphasize the Spanish magistrates in their order of October 7.

Given the situation of blockade, the National Court had sent a rogatory commission to Chile before the summer, with which the high court of the South American country examined the bank’s claim that the same facts had been investigated in Chile. And on August 23, the Chilean Supreme Court ruled, also unanimously, that the Spanish rogatory commission be notified to the bank and its president.

The bank’s lawyers have not appeared in Spain, but obviously they did, and very actively, before the Supreme Court of Chile. However, their petitions were unsuccessful, the decision of the Chilean Supreme Court was emphatic and unanimous and through this ruling they also ended up being formally notified of the order of the Criminal Chamber of the National Court of last January, which would reopen the case and that until then they had tried to dodge.

The Chilean authorities have not only communicated the famous reopening order to the Banco de Chile lawyers but have obviously also reported it to the Spanish courts, with which the “defenselessness” stratagem due to lack of notification has come to its end, as ratified by the recent order of the Criminal Chamber of the National High Court. In the last brief presented this week by the Spanish victims, the European jurisprudence for the appointment of ex officio lawyers to the defendants is also used, an obligation also recently ratified by the Court of Justice of the EU in a sentence of March 2020 to the question raised by a Badalona court about its binding application in Spain.

The Communication department of Banco de Chile has never answered the questions about the case in Spain that elDiario.es has formulated in writing. Nor to those of last Monday on whether the entity intended to appoint a lawyer in Spain to avoid being assigned ex officio.

The case that the National Court has reopened does not only pursue symbolic reparation objectives, but may have very specific economic repercussions for the benefit of the victims and their families, especially taking into account the precedent of the US bank Riggs, now part of the PNC. Bank. This entity, which had designed the same scheme as the one used by the Banco de Chile to hide funds from the Pinochet family, reached an out-of-court agreement in 2005 with the Spanish President Allende Foundation to compensate the victims with more than eight million dollars. and default interest, the exact amount hidden by Pinochet in the Riggs to circumvent the precautionary embargo of the Spanish justice to compensate the victims of the crimes of genocide, terrorism and systematic torture.