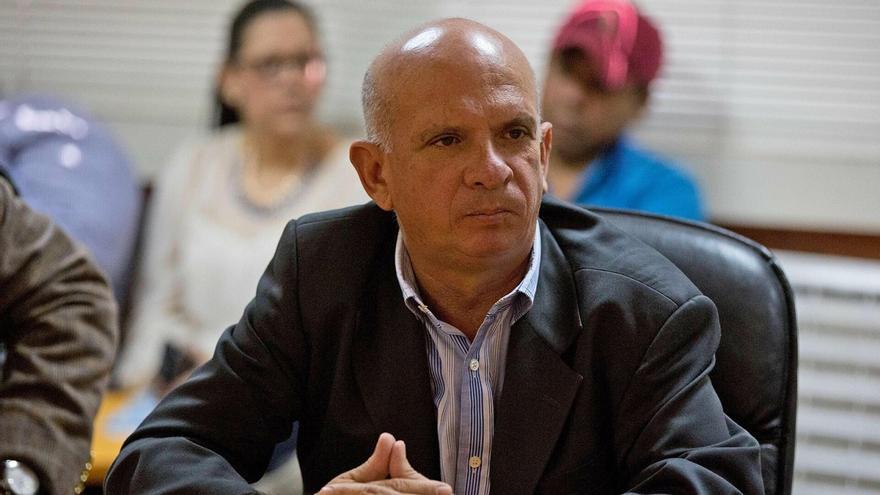 The rejection of the Criminal Chamber to the latest investigation by the judge of the National High Court Manuel García Castellón for an alleged irregular financing of Podemos is forceful. The magistrates of the Third Section consider that the testimony that originated it, from former Venezuelan military officer Hugo 'El Pollo' Carvajal, consists of "narrations from third parties" and that the proceedings ordered from him suppose a prospective investigation, since in the At the time the events allegedly occurred, the crime of illegal financing of political parties did not exist, they inform elDiario.es legal sources.

According to the appeal of the Prosecutor's Office, the judges of the Criminal Chamber affirm that, beyond the statements of 'Pollo' Carvajal and a protected witness, the documents provided by the former head of Venezuelan military intelligence do not result " conclusive” for the cause that is being investigated under secrecy. Carvajal was arrested in September in Madrid and is awaiting extradition to the United States, a country that accuses him of "narcoterrorism." The statements against Podemos were produced as a result of his arrest and the Criminal Chamber itself already appreciated in them “a delaying strategy” of his surrender to the US authorities.

Carvajal made before the National High Court an account of alleged deliveries of money from the Venezuelan Government to Podemos in the framework of his extradition process, so Judge García Castellón had to reopen a case that had been shelved outright in 2016 to include his affirmations and some papers that he delivered. That filed case was based on clippings of information about the PISA report (Pablo Iglesias Limited Company)a dossier that would have been prepared by the political brigade that operated in the Ministry of the Interior during the first legislature of Mariano Rajoy.

Carvajal's statements and documents are supposed evidence that Venezuela financed the creation of Podemos through the CEPS Foundation and the company Viu Comunicaciones, which would implicate Jorge Lago, Carolina Bescansa, Ariel Jerez and Juan Carlos Monedero. 'El Pollo' Carvajal also spoke of deliveries of money from the Cuban embassy in Caracas that in some cases would have arrived in Spain by diplomatic bag. The other financing system that the ex-military denounced was the CEPS paid commissions between 2008 and 2011 by the Venezuelan Administration, as well as the contracting of Viu by the oil company PDVSA, specifically for the celebration of the World Petroleum Congress that will take place held in Moscow in 2014.

Carvajal also alluded to alleged deliveries of money to Juan Carlos Monedero in 2011 and 2012 in hotels in Caracas, and one more in 2017. One of the protected witnesses assures that in 2009 or 2010 he would have seen an individual enter with a briefcase in a hotel room in Caracas that Monedero occupied and that when he left he no longer had it.

The Third Section alleges in its order that only the alleged delivery of money in 2017 is after the entry into force of the reform that introduced the illegal financing crime, but in any case, it adds, it is a testimony that is based on the account of a third party, both by Carvajal and by one of the two witnesses to whom García Castellón granted the status of “protected”.

With this information, the García Castellón court ordered the UDEF of the Police to investigate accounts of people and companies and also to track Juan Carlos Monedero's trips to Venezuela. Now the Chamber, in the order that estimates the appeal of the Prosecutor's Office, determines that the investigation ordered by the judge supposes "an interference" in the rights of people who are not listed as being investigated, add the same sources, referring to Monedero and the Other founders of Podemos mentioned.

The order of the Third Section is developed in the same critical terms with the work of García Castellón as the appeal of the Prosecutor's Office, which, according to the sources consulted, reproached the judge for forgetting that the proceedings ordered to the Police had to adhere to to the crime under investigation and that it was not enough to mention the magistrate's interest in clarifying facts that he presented as "serious."

In its appeal, the Prosecutor's Office considered that the proceedings ordered to the UDEF by García Castellón had more to do with going out to look for crimes, in case any appeared during the course of the investigations, than with the true object of the procedure.

The judges of the Criminal Chamber, as the Prosecutor's Office already did, are not opposed to the Police reporting on whether the testimony of Pollo Carvajal and the two protected witnesses are "true." It is these testimonies that both the Public Ministry and the Criminal Chamber consider "third-party narratives."