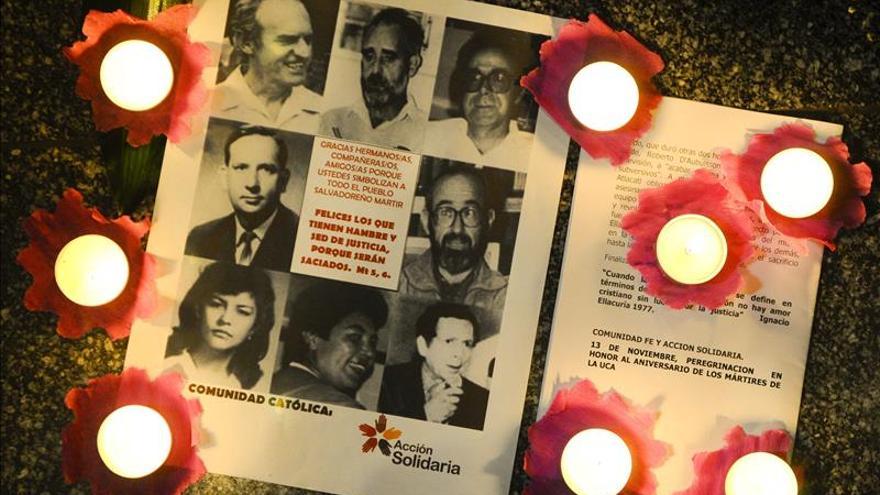 The National High Court has sentenced the former colonel and former vice minister of Public Security of El Salvador, Inocente Montano, to 133 years and four months in prison as responsible for having planned and ordered together with the military leadership of his country the murders of the five Spanish Jesuits in 1989. The court announced the sentence in a public reading in the presence of Montano, the only leader of the Salvadoran high command prosecuted for these events before the Spanish Justice, who in the oral hearing completely dissociated himself from the massacre.

The resolution considers Montano the author of five crimes of murder of a terrorist nature, for which he is sentenced to 133 years in prison, four months and five days. Likewise, he attributes the murders of the other Salvadoran Jesuit, as well as the university cook and her 15-year-old daughter, although she cannot convict him of these events as he has not been extradited by the United States for those crimes.

The court has established a maximum of 30 years of effective execution of the sentence, a period that will have to subtract the time that he has been in provisional prison, since 2017.

The magistrates say that the eight murders “were contrived, planned, agreed and ordered by the members of the high command of the Armed Forces, a body to which Inocente Orlando belonged as vice minister of Public Security”, who participated in the decision by which “He transmitted the order to carry out the executions to the colonel director of the Military School,” Guillermo Benavides, a middle command who is the only one convicted in El Salvador.

However, the Chamber goes further by considering it to be proven that a violent and stable group participated in the massacre, composed of the then President of the Republic, Alfredo Cristiani; members of the Tandona, the promotion of officers who occupied the highest structures of power in El Salvador, as well as other high positions. All of them used violence and committed serious crimes, which caused alarm and seriously altered peace and citizen coexistence “in order to perpetuate their privileged positions.”

They, he continues, “committed the murders after trying to make public opinion believe that both Ignacio Ellacuría and the rest of the priests belonged to the intellectual leadership of the Farabundo Martí National Liberation Front, generating the false affirmation of the existence of an infiltrated enemy in the structures of society, which acted as agents of a socialist-communist conspiracy “.

In your statement, the 76-year-old military man dissociated himself from the events. He assured that they did not violate “the laws”: “We were compliant with the mandates, we did not carry out terrorist actions.” “I had nothing against the Jesuits. The lawyer Ellacuría was one of the people closest to the president (…). There was no clear awareness that they were participating with the FMLN, politically or militarily. Although there were photographs of Jesuit priests involved with the guerrillas, like Jon Sobrino, ”Inocente Montano declared.