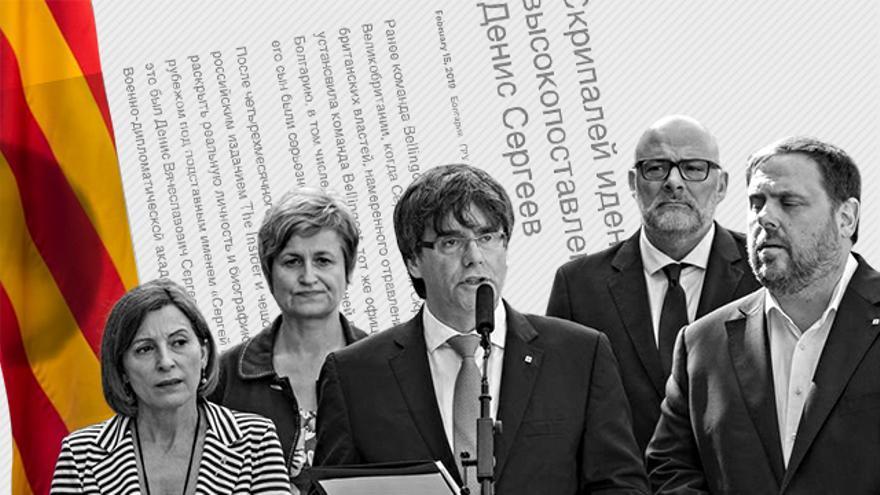 The judicial case regarding the presence of Russian spies in Catalonia on dates prior to the referendum of October 1, 2017 has been shelved by the National Court as it did not find minimal evidence of crime. The summary, instructed and closed in secret, reveals that the passage through Barcelona of a general of the Russian military intelligence was only one leg of a broader investigation promoted by the National Police and that sought to investigate alleged links between Moscow and a series of prominent activists of the sovereign process around the meeting of 1-O.

The 86/19 summary was opened by the Central Court of Instruction number 6 of the National Court in November 2019 and filed in July 2020, nine months ago, without having transpired until now. Its origin is a report from the General Police Information Commissariat, dated October 28, 2019, warning of the alleged Russian interference on October 1 and requesting the opening of proceedings.

Nine months later, in July 2020, the Court issued an order to archive the proceedings according to the criteria of the Prosecutor’s Office of the National Court. In a harsh letter from his lieutenant prosecutor, Miguel Ángel Carballo, the agents are reproached for having only provided the testimony of an informant and “links” to media information at that time. In writing, Carballo opposes the proceedings requested by the National Police and requests that the case be archived.

“Nothing is provided through the police channel that allows us to keep this investigation open, unless we seek a general cause in search of some indication that allows us to confirm the initial thesis, forgetting that in the criminal process, with all guarantees, this type Investigations are prohibited “, reads the report of number two of the Prosecutor’s Office of the National Court, to which elDiario.es has had access.

On November 21, 2019, ‘El País’ revealed the opening of a secret investigation in the National Court by the presence in Catalonia on September 29, 2017 of Sergei Fedotov, apparently the code name of Denís Sergeyev, general of the Russian military intelligence foreign service. Nothing transpired then about the fact that the investigations targeted citizens of Spanish nationality who would act in connivance with the Russians.

The data of Fedotov’s trip was known from before. The Russian research website Bellingcat had published it in February 2019. In its information, it added that there had been at least three members of the GRU, an acronym for the aforementioned Russian Intelligence service, who had passed through Spain. Other information pointed out that Fedotov was only passing through Barcelona and that his destination was Switzerland. The news of the investigation of the National Court was followed by others on the missions in western Europe of the Unit 29155 of the GRU, that included the physical elimination of adversaries of the Kremlin.

The confidant points to the businessman Oriol Soler

The key to opening the investigation is in the testimony of the police informant who seems to transfer, first to the agents, and then to the court, the information already published by Bellingcat, as well as another unknown and, above all, the alleged connection of everything this with the Catalan independence movement. The confidant offers a series of names of well-known procés activists, among which Oriol Soler stands out, businessman of the Sanhedrin of leaders outside the Government who organized the 1-O.

Soler has been charged since the end of 2019 in a case of the Court of Instruction number 1 of Barcelona in which the Civil Guard works. The businessman, close to ERC, is attributed different crimes of corruption and influence peddling allegedly linked to the financing of the sovereign process and, specifically, of the Democratic Tsunami. But the facts to which the police informant refers are different. They go back to moments before and also after the 2017 referendum and are, according to the Prosecutor’s Office of the National Court, actions without signs of illegality that have also been widely reported by the media.

“These statements remain fasting in all factual substratum as soon as an attempt is made to see their link or interweaving with the crime under investigation. The fact that they are profiles of people close to the independence theses does not imply a fact that can be investigated, especially when the activities carried out they are made to the public light and through means in no way illegal “, includes the prosecutor’s letter, dated June 25, 2020. Carballo was the representative of the Public Ministry in the aspect of the process that was instructed and judged at the Hearing National, and that ended with the acquittal of Major Trapero among others, and represents the Public Ministry in the case of the same Court number 6 against Democratic Tsunami and the CDR.

One of the information provided by the Police to the National Court in the case of the alleged Russian interference is the visit that Soler made to Julian Assange on November 9, 2017, in his then refuge at the Embassy of Ecuador in London, and from the one that ‘El País’ reported four days later. That trip was part of Soler’s tour of various parts of the world in relation to the process, including Russia, reported by various media four years ago. When Soler visited Assange, he had already set his attention on Catalonia and expressed his support for the sovereign process and against the actions of the Spanish authorities on social media.

It so happens that the Civil Guard also links Oriol Soler with “a disinformation strategy and destabilization “in which the Kremlin would participate,” as part of its general narrative about a European Union on the verge of collapse. “This is reflected in the Civil Guard reports for the judge investigating Soler in Barcelona, ​​which also based on Soler’s visit to Assange, in addition to an audio found on the phone of the former international head of Convergence Víctor Terradelles (which he denies having recorded) in which he assures that three days before the declaration of independence, the head of A “Russian group” with which he had contacted offered Carles Puigdemont “to have ten thousand soldiers and pay all the Catalan debt.”

The Police requested a record of calls that the judge rejected

In the investigation of the National High Court, the General Police Information Commissary last summer presented the report that criticizes the Office of the National High Court. In it, the agents requested judicial authorization to access the call traffic of various individuals, as well as the financial ownership file of four natural and legal persons. The Public Ministry objected and requested the file, agreed by the Central Court of Instruction number 6 in accordance with the arguments of the Prosecutor’s Office.

The prosecutor Carballo refers expressly in his report to the plot of the Russian spies in Catalonia and the affirmation of the confidant that “they would act at the service of a foreign power against Spanish interests.” “The indications that they are, or not, members of a secret service only appear in the journalistic media, and this is reflected in the report. But this fact, by itself, lacks criminal relevance for the purposes sought here; The fact that they or some of them (Fedetov) has been in our country at all begins what has been said because of how much stay does not seem to be able to be related to some fact of criminal significance, beyond the usual ‘links’ to the press articles to those that we have been referring repeatedly, “says Carballo in reference to journalistic information.

Police sources assure that the chances that the investigation would prosper almost completely disappeared with the publication in November 2019 that a case had been opened in the National Court. They emphasize that the secret case came to light just three weeks after the request for the opening of proceedings by the General Information Commissary. On November 11, the witness had gone to testify and on November 19, two days before the information published, he delivered various documents to the court. According to sources in the case, in addition to the Police, the witness had gone to the Civil Guard before the National Court opened the case.

According to the prosecutor, the informant narrated “a complex interference plot orchestrated by Russia that would have interfered with specific software for the manipulation of social networks in the so-called Catalan sovereign referendum on October 1, 2017.”

One of the Catalans indicated by the witness would have contributed to the disconnection of a protection program and, from there, 2,200 false accounts dedicated to discrediting the Government of Spain, the PP and the PSOE were identified. These accounts also reported that the Spanish State maintained “fascist and violent” attitudes, while denouncing “an alleged brutal repression by Spain” of Catalan separatism.

The police informant presents himself as an apparent connoisseur of Russian reality and thus offers the name of other Russian spies and oligarchs close to the Kremlin who have been publicly identified as collaborators in alleged destabilization maneuvers in Western Europe.

The activity of the special unit of the Central Intelligence Department (GRU, in its acronym in Russian) gained world fame with a publication by The New York Times on the involvement of its agents in different countries. In March 2018, the GRU would have poisoned the former Russian spy Sergei Skripal and his daughter in the United Kingdom. The British investigation pointed to two alleged GRU members as its authors.

In February 2019, a joint investigation by the Bellingcat media and The Insider revealed the identity of a third member of the GRU allegedly involved in the poisonings: Sergei Fedotov, the alias of Sergeyev, the general who was in Barcelona two days before the 1- Or that he would return to Russia weeks later from Geneva.

From Fedotov, as the Police have been able to prove, there are at least two trips to Barcelona, ​​landing at El Prat airport from Moscow. Those trips were made on November 5, 2016 and September 29, 2017, two days before 1-O. It is not proven that its final destination was Catalonia.

According to Bellingcat, two other members of GRU Unit 29155 were in Catalonia: Alexey Kalinin and Mijaíl Opryshko. They did it separately. The first, on December 14, 2016, returning to Moscow three days later, on December 17, and from Rome. For his part, Opryshko spent an indefinite period in Catalonia in December 2017.