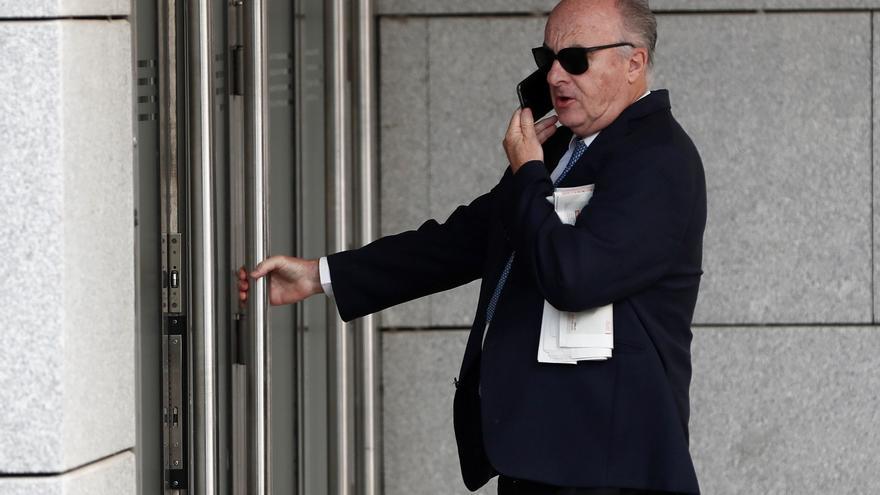 The Criminal Chamber of the National Court has estimated the appeal of the Prosecutor's Office against the latest investigation undertaken from the court of Manuel García Castellón against Podemos and its alleged irregular financing, advance legal sources to elDiario.es. The Public Ministry alleged in its appeal that the proceedings ordered by the magistrate were prospective in nature and exceeded the purpose of the procedure.

During García Castellón's medical discharge, Judge Joaquín Gadea ordered a report from the Unit against Economic and Fiscal Crime (UDEF) based on the statement by former Venezuelan general Hugo Carvajal, nicknamed The chicken, who spends his last days in detention in Spain waiting to be extradited to the United States for large-scale drug trafficking. The Public Prosecutor's Office appealed to Judge Gadea and he rejected all the objections of the Public Ministry except one. The tax lieutenant of the National Court, Miguel Ángel Carballo, resorted to the second instance, the Criminal Chamber and the Third Section of this, chaired by Alfonso Guevara, has upheld the appeal.

According to the sources consulted, the reopened case against Podemos is very weakened since there are only a few checks left to carry out and the extensive prospective investigation that the court intended is avoided. In reality, this is not a new case but rather another provisionally dismissed in 2016 and now reopened by the García Castellón court after the statements in court of the Chicken Carvajal.

The former head of the Venezuelan Intelligence Service presented a report on alleged deliveries of funds to several politicians, including Juan Carlos Monedero, with which to finance the creation of the Podemos political party by the Chavista regime. It would be about alleged deliveries dated in 2008, seven years before the modification of the Penal Code in 2015 included the crime of illegal financing of political parties, the real object of the reopened case.

Carvajal declared before Judge García Castellón that he had documentation on the deliveries to Monedero in the framework of his extradition process to the United States, a procedure in the framework of which it was not possible to open an investigation into the facts he was denouncing. Someone then informed Judge García Castellón that the archive of his own court kept a case, opened and filed immediately in 2016, about the possible irregular financing of Podemos.

That cause goes back to the vigilante activities in the Ministry of the Interior to deal with the opposition – first in Catalonia, then against Podemos – launched during the first legislature of Mariano Rajoy. Some maneuvers that had one of their most visible episodes in the so-called PISA report (which refers to the acronym for Pablo Iglesias Sociedad Anónima), whose content was published by several media outlets just when the contacts of PSOE and Podemos for the possible government formation. In that PISA report The complaint was based, which was filed by the National Court and which was reopened by the Central Court of Instruction number 6 to incorporate the information provided by Carvajal.