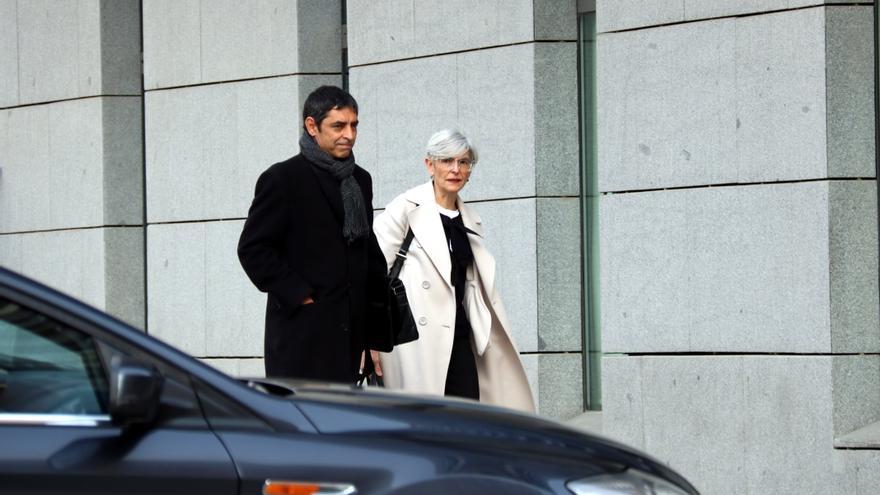 The National Court has acquitted the major of the Mossos d’Esquadra, Josep Lluís Trapero, the mayor Teresa Laplana, and the exalted positions of the Ministry of the Interior Cèsar Puig and Pere Soler of the crimes of sedition and disobedience in relation to the role of the Catalan police in the referendum of October 1, 2017. The Prosecutor’s Office asked for ten years in prison for sedition or one year and eight months of disqualification for disobedience for the accused.

As advanced the SER Chain, the acquittal has the favorable votes of the rapporteur, Judge Ramón Sáez, and Judge Francisco Vieira. In contrast, the president of the court, Concepción Espejel, has issued a private vote in which she disagrees with her colleagues and demands the conviction of the major.

The majority of the court endorses a setback to the thesis of the Prosecutor’s Office, that were losing steam throughout the trial, and sentence in line with the allegations of the defenses, who demanded free acquittal by denying that the accused were aligned with the Government to hold the referendum.

The Prosecutor’s Office relied on the testimony of Civil Guard Colonel Diego Pérez de los Cobos, coordinator of the 1-O police force, and Lieutenant Colonel Daniel Baena, author of the majority of reports in the cases of the procés . Both witnesses validated the thesis of the Prosecutor’s Office that Trapero acted in collusion with the Government to celebrate 1-O, although they recognized that it was their personal perception and that there were no corroborating documents.

On the contrary, the major denied at all times any type of agreement with the Government to facilitate the holding of the referendum that the Constitutional Court had suspended. Moreover, he presented the letters that he sent to the president of the TSJC and the superior prosecutor of Catalonia in which the day that the Parliament unilaterally declared independence, it was placed “at his disposal”. He even showed a plan to arrest Carles Puigdemont and the consellers.

The sentence is not final. The Prosecutor’s Office – the only accusation in the trial – can appeal the ruling before the Appeals Chamber of the National Court and then before the Supreme Court. The High Court censored in the judgment of the procés the police device of the Mossos on 1-O and will have the last word on the future of the major.