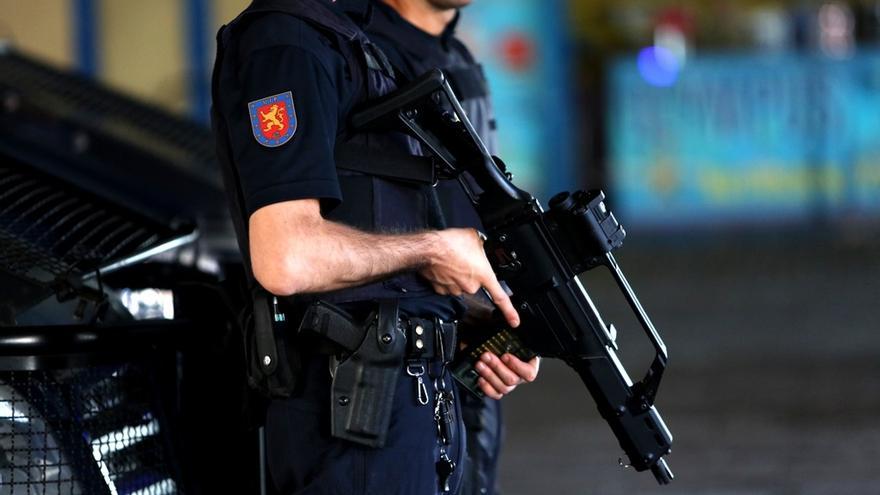 The Second Section of the Criminal Chamber of the National Court has acquitted for lack of evidence the inmates who coincided in the Valdemoro prison and whom the Prosecutor’s Office accused them of a crime of integration into a terrorist organization and a crime of proposing to commit terrorist attacks.

“During the time they were together, it has not been proven, in this trial, that they carried out recruitment activities for jihadist purposes (…) and it has not been proven that they offered any of the inmates, with whom they shared common spaces , carry out attacks in exchange for money for them, or for their family “, says the sentence to which Europa Press has had access.

Nor has it been proven that they forced certain inmates to pray or refuse certain food for religious reasons. And the sentencing court indicates that in particular it has not been proven that three of the defendants proposed a protected witness in the prison gym to commit an attack upon leaving, stating that they had an important contact with DAESH that would be in charge of paying his family for it.

Likewise, the Chamber affects that there is no indication or corroboration that said conversation was overheard by another protected witness, nor that the one who refused the proposal was beaten. He goes on to point out that there is no proof that they offered similar treatment to another prisoner who was invited to carry a backpack with bombs to different places in Madrid.

Varapalo to the Prosecutor’s Office

Thus, the Chamber overturns the qualification letter of the Public Ministry, which maintained that they were part of a group with “a high degree of jihadist radicalization” that was feared in jail for its violent nature and that forced other inmates to join their religious activities.

Under the direction of one of them, they were engaged in recruiting members and indoctrinating inmates who had personality profiles close to social exclusion due to their dependence on drugs, said the Public Ministry. In addition, it indicated that the objective was to incorporate them to carry out terrorist actions of a jihadist nature, and that for this purpose they had conceived a plan for the purchase of weapons and explosives.

The court confirms in its decision that another of the evidence, an SD card that originally contained a jihadist and that came into the hands of one of the protected witnesses, was never actually physically presented in the case.

In total there are nine people acquitted, one of them was an official of the Valdemoro prison on whom the crime of bribery weighed. The court points out about him that it has not been proven that another of the accused ordered a person abroad to pay that official in exchange for introducing a mobile in the prison for the head of the organization, and the cameras of the station of train in which an encounter could have been captured are not clear.

Entering into the assessment of the test carried out, the Chamber points out regarding the alleged leader, that the fact that he had in his WhatsApp profile a photo with a hooded person and the phrase “I am not going to back down, nor am I going to give up. God made me to ‘gherriar’ and so I will die. Blow “, adds nothing to the cause.

The court recalls that this phrase is from a 2001 film entitled ‘Blow’, and that the defendant has already said that the film is about a trafficker who dies in prison.

Regarding the expressions he used in wiretapped telephone conversations, “there are no worse sons of bitches than Spaniards” or “New Year’s Eve, Allah willing, I’m going to burn all Moroccans,” says the Chamber, which cannot be extrapolated from the context in which they are pronounced and he describes it as “outbursts spilled in private conversations in which there is not the slightest corroboration that refers to real intentions to provoke or commit said acts.”

Heroin and a “dirty file”

On the other hand, the court focuses in its sentence on the “marked inconsistency of the protected witnesses that serve as the basis for the accusation.” It points out that while some do not confirm their statements, others incur “glaring contradictions that show the impossibility that their testimonies can serve as evidence of the charge to support possible convictions.”

The speaker highlights that one of them was very conflictive in jail – he himself said that he had “the dirtiest file there is” – and another highlights that he recognized that he dealt with drugs in prison and that part of the price for Attempting would be drugs. Another of the witnesses, also a Valdemoro prisoner, stated that the defendants had done nothing, that the police forced him to confess to a crime and that he was addicted to heroin.

Although the court considers that the inconsistencies of the protected witnesses “would be enough to close” the grounds of the acquittal because “they cast a rational doubt on the facts and the initiation of the investigations,” adds that another witness insisted that “he did not see to force someone to pray or to recruit people for the Jihad. ” In fact, he pointed to an animosity between one of the witnesses and another of the defendants.

The plenary therefore indicates that at least three witnesses “had and have serious problems with drugs, some in fact with psychiatric medication and with serious consumption problems in prison that makes them problematic both at the behavioral level, with serious fights and threats to other inmates, as at the level of their cognition of the facts “.

And the magistrates consider that their statements cannot be correctly assessed without an expert report that justifies their mental state, given their irritability and serious dependence on psychotropic substances. “The vulnerability they present could certainly lead them to confuse reality or justify it according to their momentary needs and their mental situation,” he adds.

On the other hand, after analyzing the evidence, the court indicates that the case does not have the circumstances of a crime of integration into a terrorist organization of the defendants. And it clarifies that no relationship has been established “of the alleged group of the accused with a permanent and stable warp of people conspired to a specific purpose.”

He adds that beyond their passage through module 6 of the Valdemoro Center, there is no evidence of previous or subsequent relationships that place them at the scene of a possible attack and that it has not been proven that they handled accounts or flows for that purpose. , that there was a real intention of the commission of attacks and an a priori possibility of carrying them out.

They exclude the classification of the facts as collaboration, recruitment and recruitment of people for the armed struggle, since data on the integration of the accused in some structure has not been provided. And he adds that the contact of these through social networks with certain material of extremist content, “does not mean per se the development of acts of collaboration or indoctrination.”