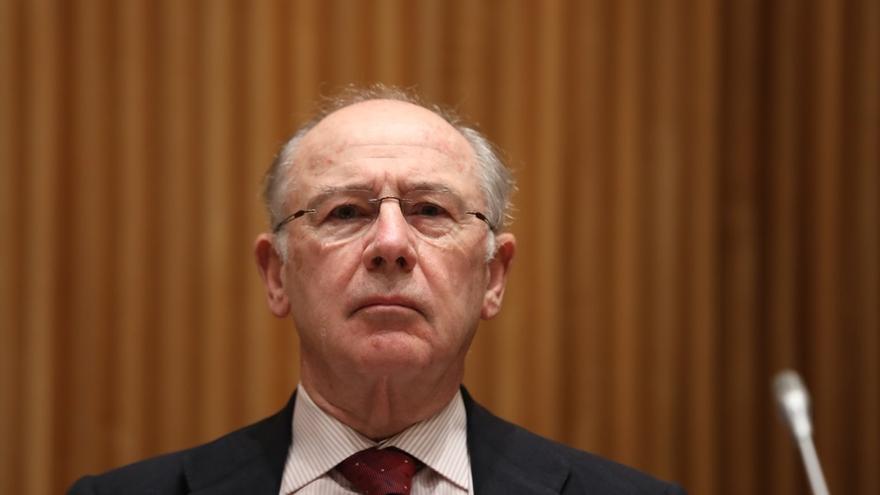 The Criminal Chamber of the National Court has agreed to acquit the 34 defendants in the trial for the listing of Bankia, including the former president of the entity and the IMF, Rodrigo Rato, for crimes of fraud against investors and falsehood accountant.

The ruling highlights that the IPO had the approval of all supervisors -Banco de España, CNMV, FROB and EBA-, that the prospectus contained “broad and accurate” financial and non-financial information and highlights that in the trial only Generic attitudes of the accused were exposed and not concrete acts.

Bankia’s IPO operation concluded in the largest financial rescue in the history of Spain and more than 22,000 million public money was injected into the entity to save the bank, from the merger of seven savings banks, among them Caja Madrid. The entity receives this ruling while it is immersed in its merger with CaixaBank to create the largest financial entity in the country.

The National Court highlights that the IPO had the approval of all institutions “both the decision to go public and the determination to do so with the double bank structure were resolutions entirely contemplated by the Bank of Spain, which also approved them after calibrating the advantages and disadvantages that these decisions entailed ”, to later determine that“ what is clearly evident is that the process that culminated in the listing of BANKIA was intensively supervised with success by the Bank of Spain, the CNMV, the FROB and the EBA, ultimately having the approval of all the Institutions. ”

In relation to the prospectus for the IPO, it is stated that it contained extensive and accurate financial and non-financial information, indicating in this regard: “In short, the financial information included in the Prospectus was more than enough for wholesale investors and Retailers formed a reasoned criterion on the value of the company that was being offered, information that had been prepared with the supervision and obeying the requirements of the Bank of Spain, being later endorsed by the CNMV when registering the Prospectus ”.

The Chamber recalls that the Prosecutor, in his provisional conclusions, stated that the economic and financial information that Bankia supplied to the market on the occasion of the IPO “cannot be materially classified as false to the extent that it did not violate the regulations then in force and they complied the requirements of the regulator, which came to expressly authorize some accounting decisions “although” they did not contribute to making the fair image of the entity look properly.

Regarding the non-financial information subscribed in the prospectus, the ruling indicates that “up to 36 risks to investment in Bankia shares are described, which were highlighted in the first point of the summary of its content”. It adds that “the comprehensive and clear risk description also contains a caveat that anyone would understand.”

The Board specifies that these risks were not the only ones that the issuer could face in the future: “it could be the case that future risks, currently unknown or not considered relevant, could have an effect on the business, the results or the financial, economic or patrimonial situation of the Issuer or the listing price of its shares. Likewise, it should be taken into account that such risks could have an adverse effect on the price of the Issuer’s shares, which could lead to a partial or total loss of the investment made due to various factors, including the risks involved. subject to the Bank described in this section and in others of the Registration Document ”.

It had the approval of the regulators

The ruling upholds the goodness of the prospectus and, referring to Bankia, states that “it seems difficult to conceive that any bank, after having the approval of the Bank of Spain, the CNMV, the FROB and the EBA on the suitability of its exit to the Stock Market and the adequacy of the Informative Prospectus to reality, be suspicious of all these opinions and proclaim the need to adopt precautions before advertising companies that, as in the case of BANKIA, highlight the power of the entity, referring to the high number of employees, of ATM offices, and their high total assets, data that were true. ”

The ruling is repeatedly based on the role that supervisors played since the creation of the new bank with the merger of the savings banks, where Caja Madrid and Bancaja stood out. Integration, says the sentence, “was promoted by the economic and monetary authorities, within the framework of a process intensely supervised by the Bank of Spain, which endorsed its viability without restrictions, knowing perfectly the situation of the Savings Banks through the inspections and reports of those who were subjected “.

Regarding another of the hot spots of the trial, the reliability of the 2011 accounts that had to be corrected and ended up presenting millionaire losses for the entity, is manifested in the sentence that the Prosecutor, in the provisional conclusions, maintained in said accounts , ”Could not be considered as such, in the strict sense, specifying that they were only those that, after being formulated within a maximum period of three months from the close of the fiscal year, have been reviewed and verified by the Auditor and approved. by the General Meeting, in such a way that only later, when they are deposited in the Mercantile Registry within the month following their approval, are the accounts public. were approved by the General Meetings of BFA and BANKIA. Therefore, legally they did not become “annual accounts” and cannot constitute the material object of the crime of falsehood due to the lack of harmful potential, given that they were not available to the users of the accounts (shareholders, creditors, investors …), that is, they never entered the commercial legal trade. ”

Throughout their sentence, the judges highlighted in several sections the absence of specific acts attributed to the accused. According to the court, this lack of specific mentions to the people who sat on the bench was a predominant note during the trial and this is established in the sentence: “the absence of specific mentions to the accused people, who sat in the bench destined for them, by the numerous witnesses who, after having given exhaustive statements in the investigation phase, did it again in court, and also by the experts, or documentary references etc. incriminating content. In the plenary session, no one named them, neither for better nor for worse, so that most of the accused persons fell into oblivion during the Oral Trial, only their identities were remembered by the Public Ministry in the processing of conclusions. final decisions to now direct his accusation against those that he previously accused and, in addition, against those that he did not accuse, members of the Audit and Compliance Committees of BFA and BANKIA without us knowing for sure on the basis of what led to such change of position held by the Public Accusation ”.

Rodrigo Rato, José Luis Olivas, José Manuel Fernández Norniella, Ildefonso Sánchez Barcoj and Francisco Celma were accused of the crimes of accounting falsification and fraud against investors, but according to the sentence “the concrete and sufficiently accredited facts (…) shine through their absence”. Regarding the members of the board of directors, where the former minister Ángel Acebes was, the court concludes that “not a single piece of information is detailed that could lead us to even harbor the mere founded belief that these defendants left their functions.”

The private prosecution in this case was brought by the FROB, which currently owns 60% of the entity and is responsible for the financial rescue that was made on the group, through the State Bar. For its part, as popular accusations were the Inter-Union Credit Confederation, whose lawyer was the former UPyD deputy Andrés Herzog; the General Labor Confederation (CGT), or the consumer association Adicae, among others.