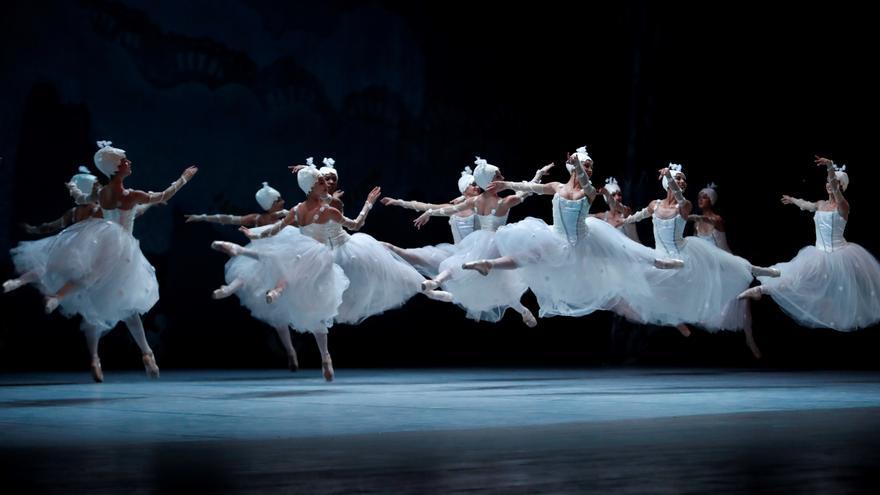 Havana, Dec 20 (EFE) .- The Cuban National Ballet (BNC) celebrates this week the centenary of the birth of the legendary dancer Alicia Alonso (1920-2019), who was for many years and until her death a year ago the general director of the prestigious classical dance company.

On the eve of the centenary of Alonso, born on December 21, 1920, the BNC will celebrate three artistic galas this Sunday together with other great dance companies on the island at its permanent headquarters, the Gran Teatro de La Habana, renamed with the name of the iconic Cuban dancer five years ago.

The tribute will open with fragments of ballets that especially recall the performances of Alonso, "Giselle" and "Carmen", whose homonymous characters marked the celebrity in her long artistic career and in the repertoire of the classical ballet company founded by her in 1948.

Another show will bring together the renowned companies Danza Contemporánea de Cuba and Malpaso that will perform the pieces "Mambo 3 XXI" and "Nana para un Insomnio", respectively.

The organizers of the tribute announced that they will have the world premiere of the work "Unto The End, We Meet" (Until the end, we meet), by the American choreographer Kyle Abraham, who traveled especially to Havana to set it on music by Arvo Pärt .

Today, the National Symphony Orchestra will also perform its tribute to Alonso with a concert program at the National Theater of Cuba, featuring the ballet music "El Lago de los Cisnes", by the Russian composer Piotr Illich Tchaikovsky, and "Carmen ", by the French George Bizet.

The commemorative celebrations began this week with the opening of the exhibition "Alice in her wonderland" in the lobby of the emblematic Havana Gran Teatro.

The sample includes a set of works by renowned plastic artists who were inspired by his figure, among which are the Cubans René Portocarrero, Wifredo Lam, Manuel Mendive, Alfredo Sosabravo, Mariano Rodríguez, Servando Cabrera and the Ecuadorian Osvaldo Guayasamín.

On these days, filmic images of performances by the famous dancer will also be projected on the facades of various buildings in the Cuban capital.

For this Monday, intellectuals and artists are scheduled to celebrate the "Ibero-American Dance Day" for the first time, recently declared to highlight the centenary of the artist, considered a cultural symbol of the island and one of the great figures of universal dance.

Alicia Alonso, who died on October 17, 2019, left for posterity a virtuous artistic career, marked by her acting talent, combined with her choreographic and pedagogical legacy.