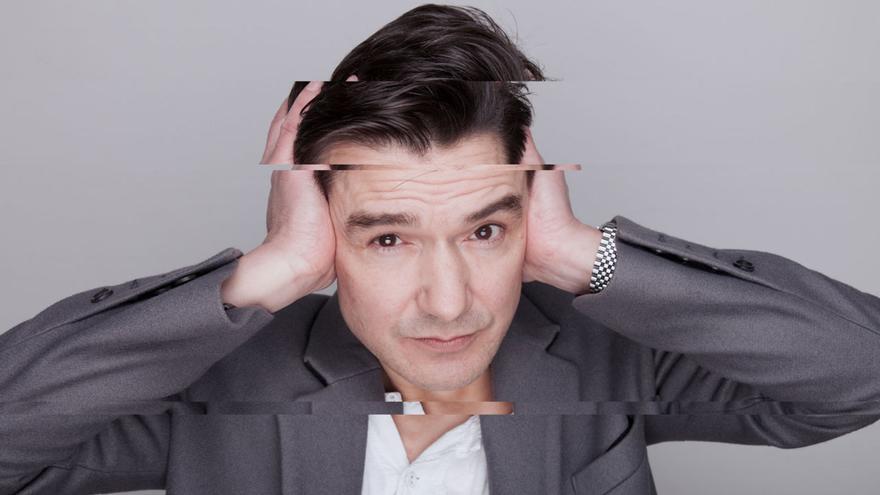 The mythical German label Raster comes to the Keroxen Festival to celebrate its 25 years in style. On Saturday the 30th at 7:00 p.m., Keroxen opens the door to four outstanding artists from its catalog: Frank Bretschneider, Byetone, Grischa Lichtenberger and Dasha Rush. As a novelty, attendees will be able to enjoy the remodeling of the environment of the Tank by the architect Fernando Menis, a public square with recreational and educational purposes, respecting the industrial heritage that remained around the area and with a banana plantation in memory of the landscape that existed in the area before the Refinery.

The 13th Festival edition KEROXEN will serve to celebrate the return to El Tanque Cultural Space, the temple that we had to abandon during the 2020 pandemic, and the container that ends up giving full meaning to the audacious content of its programming. Tickets can be purchased at tickety.es.

The influential German label Raster has become an international benchmark in the experimental electronic music scene and its associated culture. The Keroxen Festival celebrates its 25th anniversary with Frank bretschneider and Byetone, musical projects of 2 of the founding members of Raster, and Grischa Lichtenberger and Dasha rush, some of the generational relays of the label to always keep Raster as the sharp point of the spear if we talk about audiovisual artistic innovation.

Frank Bretschneider is musician and video artist with a long career and multiple projects, Frank bretschneider is a co-founder of the influential and innovative German label Raster, a whole institution if we talk about experimental electronic music. In his works, minimalist and hypnotic sounds converge masterfully with complex rhythmic structures, also leaving room for improvisation and the chaos of the modular analog synthesizers that are protagonists in many of his albums.

One of his masterpieces is Rhythm (Raster-Noton 2007), a chair that revolves around one of the pillars of music, rhythm, and one of his most acclaimed works by the public and specialized music press, such as the prestigious The Wire Magazine, which selected it among the best throws of that year. An inspiring artist worth being led by.

Byetone is the solo musical project of Olaf Bender, co-founder of the label Raster, where he is also responsible for the distinctive graphic design of the quintessential label of the German electronic music scene. He has also been part of prominent groups such as Signal, where he shares artistic concerns with the other thinking heads of the label, Frank bretschneider and Carsten Nicolai (Alva noto).

His work has been described as minimalist but with a rebellious attitude, dispensing with excessive processing and flourishes in search of primitive sounds that overflow with energy. One of his most acclaimed works was Death of a Typographer (Raster-Noton 2008), achieving prominent positions in the lists of the best of the musical vintage of that year.

Already a cult figure within the IDM and Berlin’s Minimal Techno, his extraordinary shows offer that sublime synchronization between sound and images so characteristic of everything associated with the Raster universe.

Born in Russia but really a restless soul that roams the world, Dasha rush frequently uses the most avant-garde techno as a starting point to approach other sounds and artistic disciplines (theater, dance, sound and visual installations … his variety of projects and collaborations is overwhelming), often reaching conclusions far removed from the dance floor. At the same time, she is a hyperactive DJ in constant flux through the international circuit of electronic music clubs and festivals.

He has published on labels such as Sonic Groove or Raster-Noton, but he also runs his own record label, Fullpanda Records. A true explorer of the most emotional aspects of electronic music, Dasha rush It seems to be weaving a world according to its strange and twisted daydreams where the machines are the true protagonists. It will accompany you to the visuals Alex Guevara, Peruvian multimedia artist based in Berlin who has presented his work in important forums such as Mutek (Montreal), Asia Digital Art Exhibition (Beijing) or Art + Science (Belgrade).

The young electronic music producer, visual artist and creator of sound installations Grischa Lichtenberger He has developed his entire career under the shelter of Raster, demonstrating the interest that the German label has in continuing to cultivate its pool of avant-garde sound creators. Raised in a secluded country house in deep Germany, the landscapes around him helped chart his artistic approach and speech, where “clicks and cuts”, harsh tones and unintelligible fragmented digital voices intertwine into pieces that the artist himself has defined as “twisted ballads”, throwing you into moods of introspective contemplation.